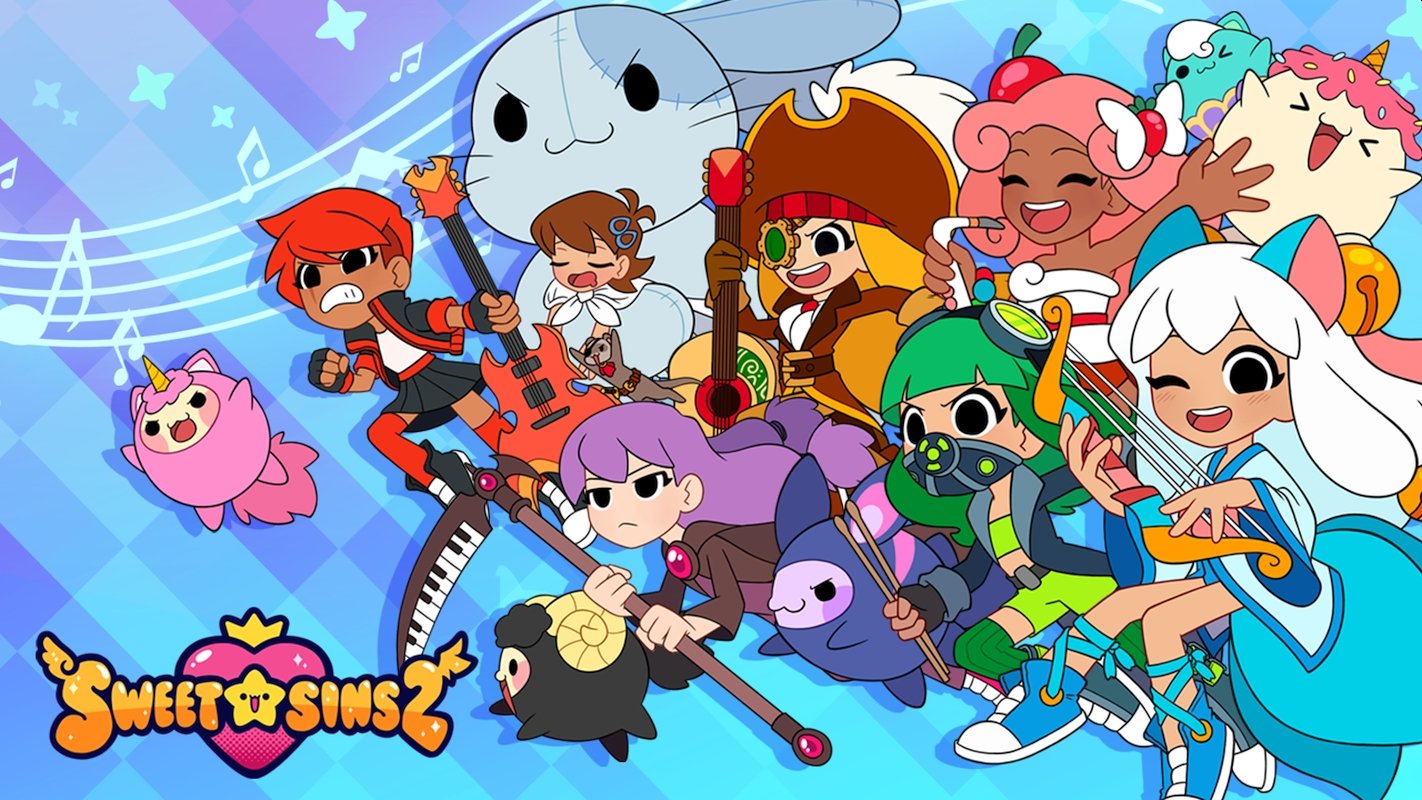 Indie developer Platonic Games has announced the launch of Sweet Sins Superstar, otherwise known as Sweet Sins 2, on Google Play Early Access. The game is a sequel to the original Sweet Sins title and features many of the same characters.

Sweet Sins 2 is a rhythm game where players fight enemies to music. The game features a range of music, from Japanese pop, rock, electro swing, EDM, house, and more.

“Sweet Sins Superstars is the ultimate musical-platformer game where you beat the enemies to the rhythm of the music! Save Musicalia from the evil princesses that want to get rid of music!” states the official Sweet Sins 2 website.

Characters from the previous game, Lust, Gluttony, Greed, Sloth, Wrath, Envy, and Pride also return in the sequel, along with several new friends.

There are multiple difficulties, from easy, medium, and hard.

As players progress through the game, they can unlock over 20 special characters and skills that will help them level up. Players can also collect powerful Miimos throughout each level.

The game contains various scenarios and bosses to defeat. While there is intense gameplay, players can follow the storyline as they progress through the game.

The Sweet Sins series is a challenging endless runner, which may seem easy to play, but it’s difficult to master.

Sweet Sins 2 will only be moving forward with a “soft-launch” onto Google Play Early Access. There are plans to release the game on Apple devices as well, but the development team wants to test the game first on Android. It’s unknown how long the game will stay in early access.

Players can provide feedback and report any issues while playing the game. Releasing the title into Early Access brings the ensures that the full launch will see as few problems as possible.

More developers are bringing games into Early Access first so that a broader audience can share their unique experiences while trying out upcoming games.

Sweet Sins 2 is planned to launch on iOS and Android. The launch date on the App Store is not yet known.