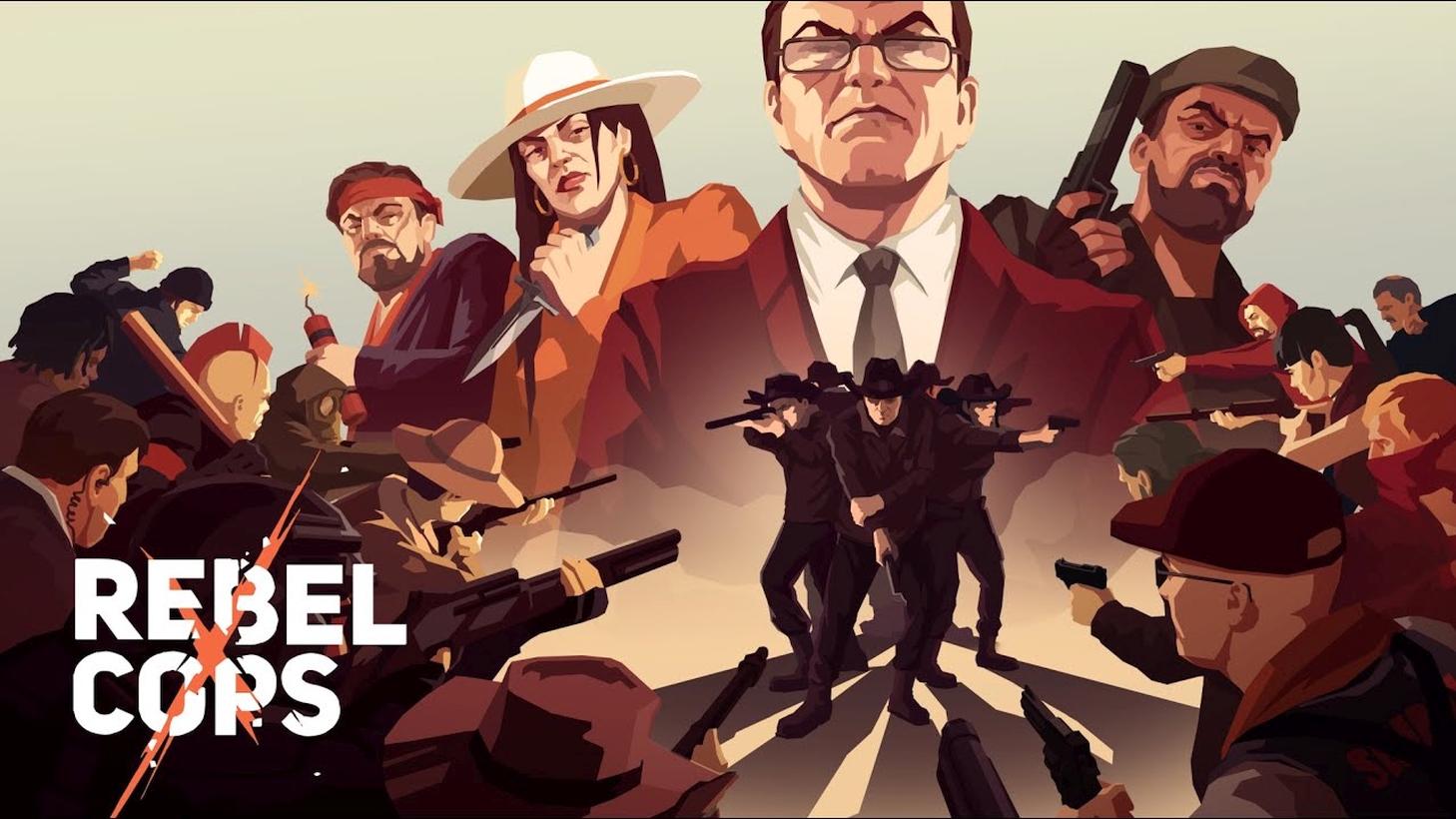 HandyGames, a division of THQ Nordic, has announced that the spin-off to This is the Police, Rebel Cops, is coming soon to the App Store and Play Store. The game is now available for preorder on both mobile platforms.

HandyGames was also the developer behind This is the Police, but the new game allows players to become a renegade cop.

Rebel Cops is a tactical spin-off set in the universe of This is the Police. The game is around 15 hours long. It was previously released on PC, PlayStation 4, Xbox One, and the Nintendo Switch in September 2019.

“Viktor Zuev, a sadistic crime boss new on the scene, has quickly taken the town of Ripton by the throat. The community’s leaders and even the local police have surrendered to his will. A master of intimidation and blackmail, Zuev has seized every major business in town, all of which he now controls as his own private fiefdom. But an outlaw band of renegade cops refuses to bow. With little hope of success, they fight on — for justice and the soul of their town.” states the game’s story summary.

Rebel Cops stars a group of ex-police officers. Though they are no longer employed by the police department, their sense of justice has remained true. They band together to take down the new crime boss trying to take over the city.

Rebel Cops focuses more on stealth than gunfights. The player will have access to a variety of non-lethal weapons, equipment, and special perks, which are unlockable as the story progresses.

Rebel Cops has some realistic elements, as there are no health bars. If players are engaged in battle, they’ll have to act fast, or else they’ll die before the mission is complete.

The game has some sandbox levels so players can search rooms from top to bottom and open safes. Players will get to strategize on how their team searches levels to explore every cover.

This is the full version of the game and there are no in-app ads. Players can pre-register now on the App Store or Play Store to receive a notification as soon as the game has been released.

Rebel Cops is available for preorder now on the Play Store and App Store. The game is expected to be released on April 23.

REBEL COPSTHIS IS THE POLICE