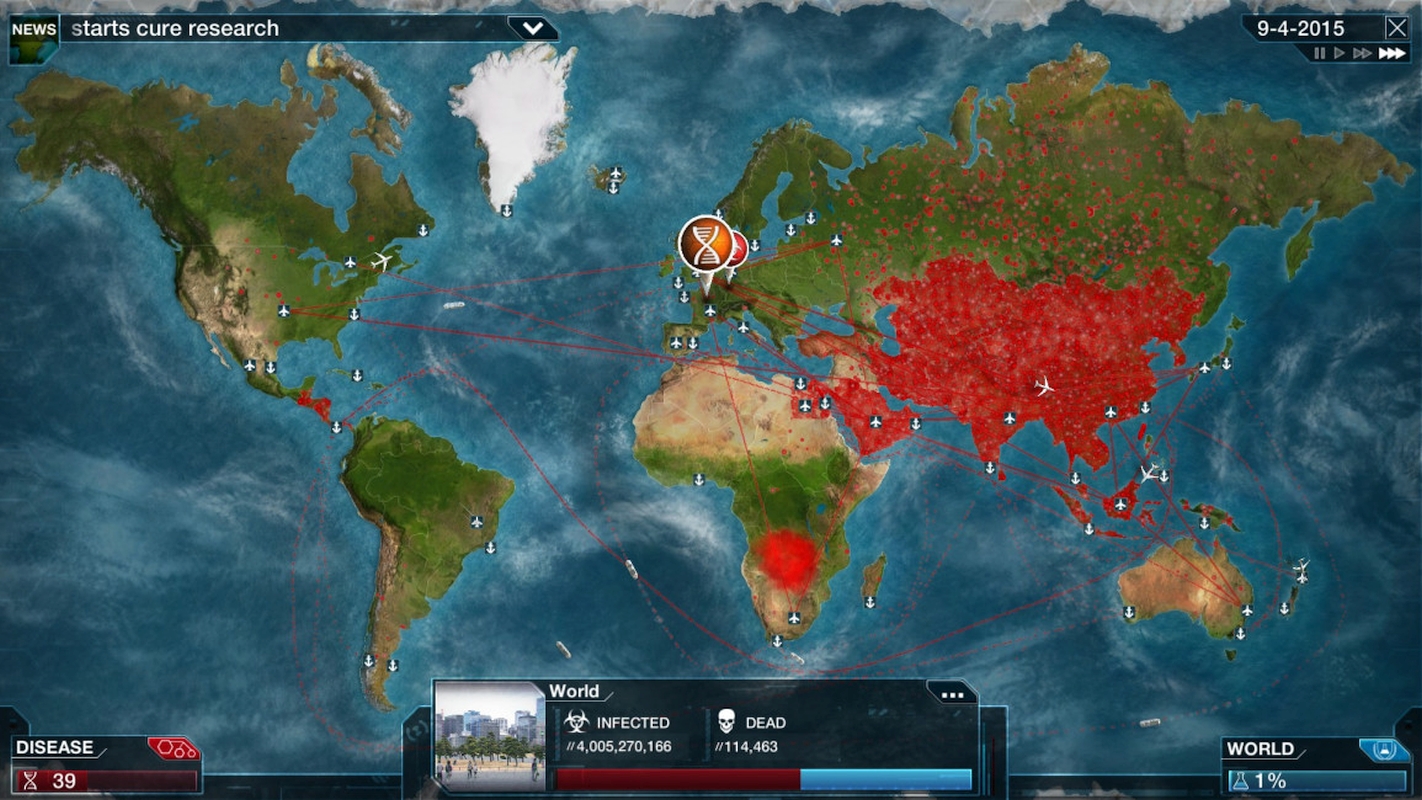 Minecraft has been comfortable at the top of the App Store apps for years. Trends have begun to change, primarily due to the current Coronavirus outbreak in China. Minecraft’s spot at the top has now given way to Plague Inc. by Ndemic Creations.

Plague Inc. was first released in 2012. The official website description states: “Can you infect the world? Plague Inc. is a unique mix of high strategy and terrifyingly realistic simulation with over 700 million games played! Your pathogen has just infected ‘Patient Zero.’ Now you must bring about the end of human history by evolving a deadly, global Plague whilst adapting against everything humanity can do to defend itself.”

With the current Coronavirus scare, it’s no surprise that the game has seen a rise in players. But the developer has taken notice. They recently posted a news brief reminding players that Plague Inc. is just a game meant for entertainment. It is not a Scientific model, and everyone should take the Coronavirus seriously. They wanted players to get their information about the virus directly from local and global health authorities.

Plague Inc. always sees an increase in downloads when a new health crisis has been announced. Players may be using the game to study how viruses spread and apply that knowledge into real life. But, Plague Inc. is not a guide on how to protect oneself or loved ones during an outbreak.

The first time the app overtook Minecraft was in late January when news of the Coronavirus began to spread. The virus has not only caused many to fall ill but has affected the production of video game-related goods such as the Nintendo Switch and PC components.

For Minecraft PC players, there are already multiple mods for introducing infections. Currently, there is a mod that adds the Coronavirus into the player’s Minecraft server. Mods are unavailable on mobile.

While Plague Inc. has seen a big boost due to the Coronavirus, the app has often competed with Minecraft for first place in the App Store. While it remains in the top spot, for now, it may change in the future.

Plague Inc. is available now on PC, Android, and iOS.