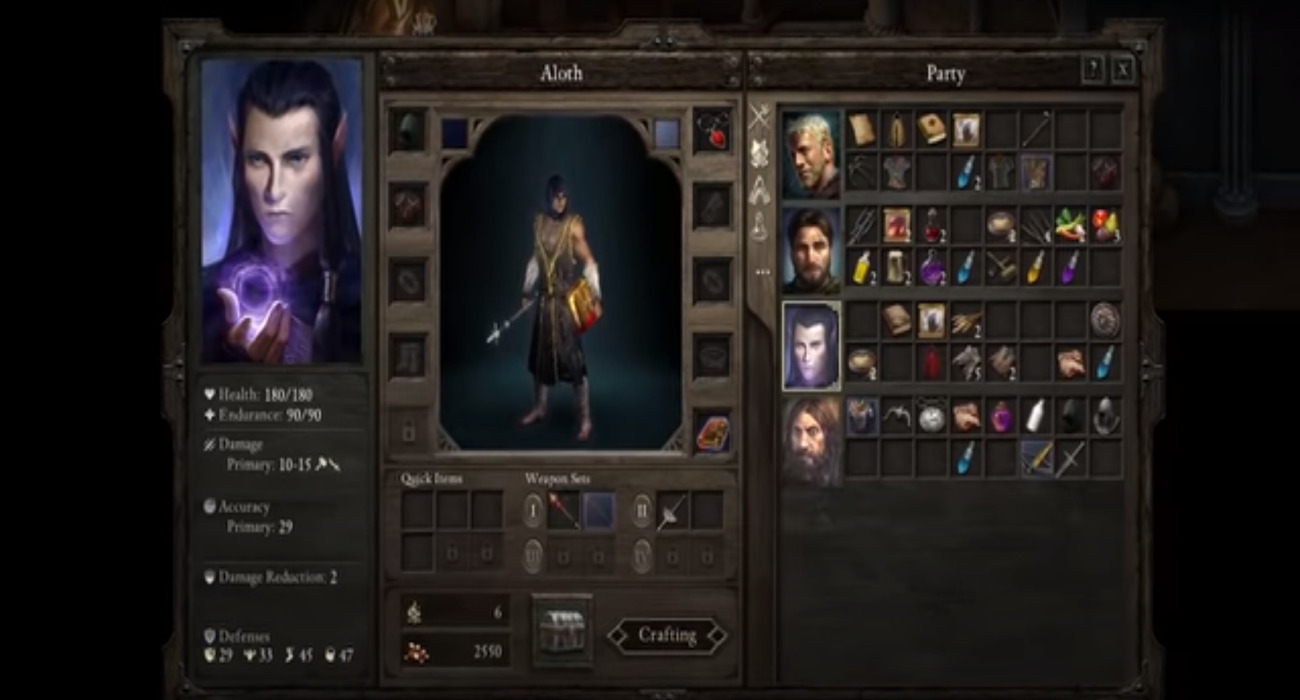 Next week on the Epic Games Store, two RPGs will be up for grabs. One of these is the well-received Pillars of Eternity from Obsidian Entertainment.

That’s a pretty solid offering PC gamers have to look forward to considering how fleshed out the lore in this game is. Not to mention the boatload of content that players can enjoy whenever they so please.

RELATED: Watch Dogs Legion To Offer Up To "20 Versions Of The Script" For Varied Playthroughs

There is plenty to see and do and if you don’t mind a text-heavy format regarding gameplay, it can be a game you spend countless hours with getting to know the characters, story, and world.

RELATED: Lightmatter Is A Unique Puzzler Where Shadows Kill You; Set To Release January 15th On Steam

Some have questioned the timing of this freebie considering that on the very same day (December 10th) Cyberpunk 2077 will be releasing. It’s one of the most anticipated games in several years, but it’s hard to complain with any free offering.

You don’t sacrifice anything from a monetary standpoint and maybe you want to hold out on the latest RPG from CD Projekt Red to see how it fares.

In the meantime, you can get wrapped up in a fantasy world that constantly adapts to your decisions and paths you carve out. It’s not surprising to see how well Pillars of Eternity has gone over with the PC community since launching in 2015 considering Obsidian Entertainment was the mastermind behind it.

They have a pretty good track record when it comes to making compelling RPGs with plenty of worthwhile content to keep players busy. See Fallout: New Vegas.

If you decide to claim this freebie on the Epic Games Store next week, you’ll have plenty of journeys to complete with a diverse cast of characters that have been well-written.

In addition to selecting a race and set of skills, you’ll get to join factions and build alliances with whoever you see fit to call an ally. There’s also a ton of environments to explore when you’re not progressing your character or completing missions that are important to the story.

Any time a deal like this happens for PC gamers, it’s worth checking out because games of this caliber don’t come around often for free.

RELATED: Shadow Fencer Theatre Is Now Available On Xbox One, Shadow Puppets Have Never Been So Fun

Pillars of Eternity has a classic RPG feel to it, but not in a way that makes the game feel dated. It just has classic elements you want to see with this genre, but it still keeps up with modern times. Next week, you can give it a shot and see if it’s your cup of tea.

Dec 4, 2020 Jeremy Green 5490
Next week on the Epic Games Store, two RPGs will be up for grabs. One of these is the well-received Pillars of Eternity from Obsidian...

Nov 13, 2020 Dylan Duarte 7610
Tyler McVicker is the man behind the Valve News Network, Nintendo News Network, and other projects of a similar nature. Thanks to his position, he's...