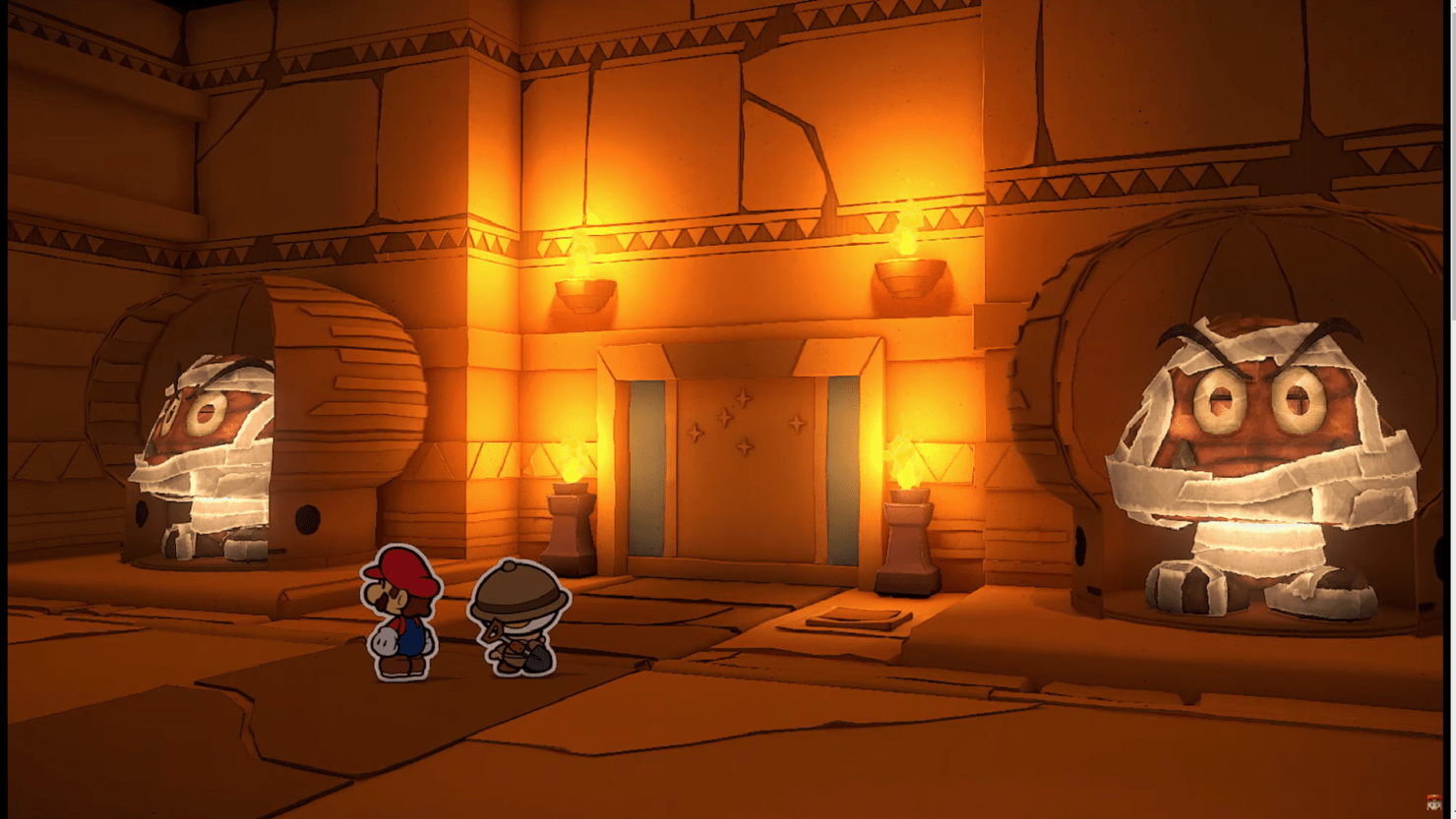 Nintendo’s newest entry in the Paper Mario series is already looking to be one interesting affair. Speaking of which, yesterday morning, Nintendo released a new trailer for Paper Mario: The Origami King launched and showcased some of Mario’s latest tools toolbox of crayons.

From golden hammers, for goomba stomping to stretch arms for solving puzzles, Paper Mario has a ton of features to assist in both combat and traversal.

In the game, Mario’s many travel buddies did appear to assist outside of battle. However, when the adventure transitions to combat, Mario would have to fight against his foes in the world.

As for the ring-based combat, you get to see the clip in more detail in the newest trailer for Paper Mario: The Origami King. In the video, Nintendo offers a detailed explanation of how to rotate the rings and glide foes around to pile them up for additional damage.

N.B: complete grouping will give Mario a 1.5x attack bonus for each round.

There hasn’t been any information on how Mario’s equipment will work in arcade mode. Whether it’s going to be for only one use per round or base it on a different type of resource, nobody knows yet.

Also, Mario has no Flower Points at his disposal, but winning battles and getting some coins could mean that Mario would have to spend some of his reserved coins to unleash a fire flower or a POW block.

A boss battle takes the combat through a spin and puts the giant enemies in the center ring. At this stage, Mario would have to rotate the outer circles to plot a course through obstacles and hazards to reach the boss’ weak point. Rather than trying to attack the enemy directly with a sturdy hammer.

Also, an enemy subject was a case of colored pencils being struck from behind to cover the lid and disallow the boss from shooting out more pencil missiles. Five factions were shown in Paper Mario: The Origami King, with each having their paper streamer and a giant boss to face and tackle.

With that said, expect to see this make of Paper Mario with dangerous objects like a rubber band figurine, tape dispenser, and more!

Paper Mario: The Origami King is set to launch exclusively on Nintendo Switch on July 17th. However, you can preorder from Nintendo now. Also, Nintendo will offer a pre-load service before its console launch next month.