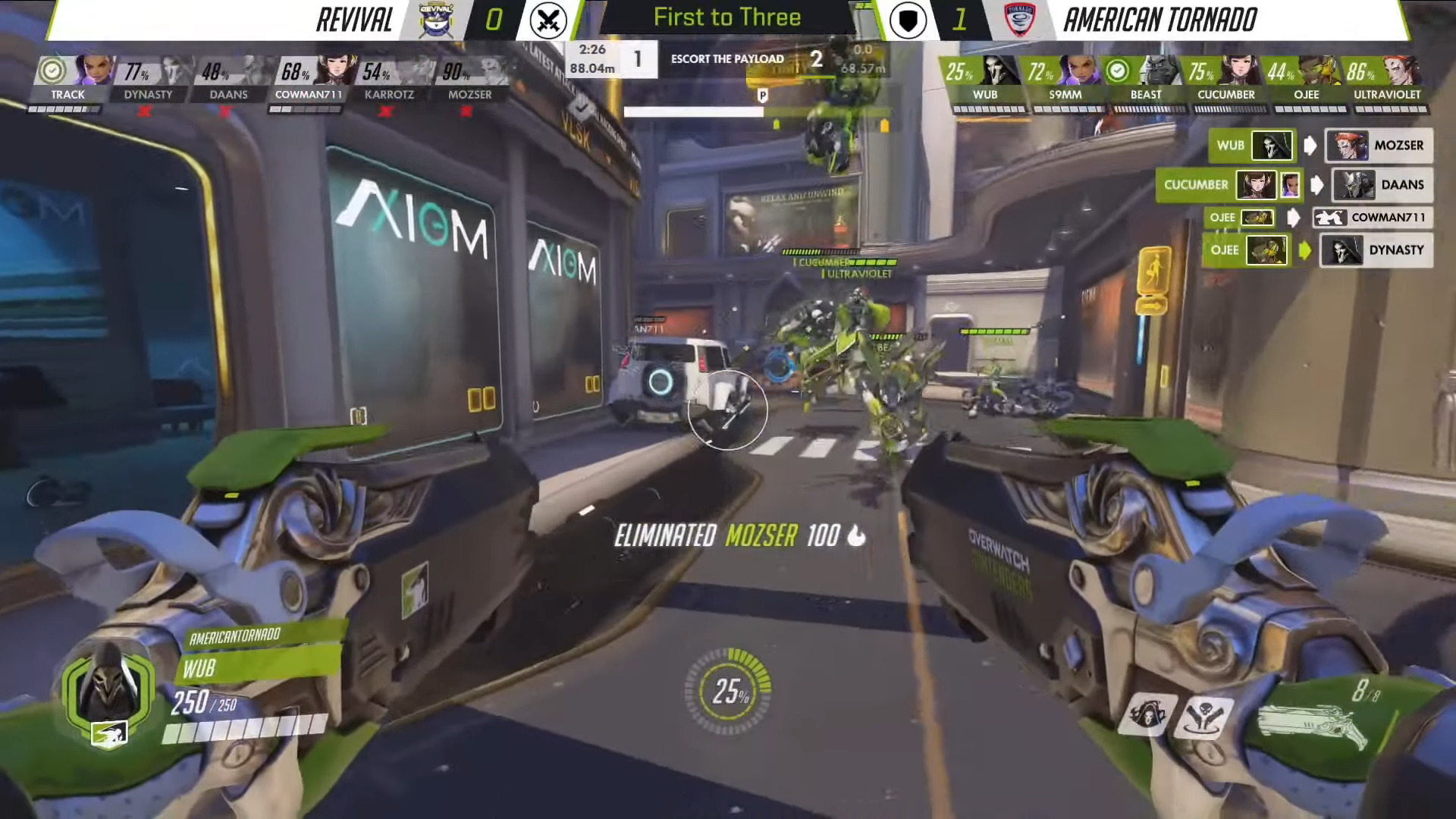 The Overwatch Contenders has been an unparalleled battleground for players to showcase their skill in hopes of playing in a bigger stage, the OWL. The tournament also served as the main competition for the management and coaching staff to potentially sign players who show great potential. As the main league is currently in its offseason, Blizzard pushes their viewership to continue supporting the Tier 2 scene with exclusive skins to be earned. The simplest way to earn this month’s skins is to sit back and enjoy the action if you are a cosmetic hoarder.

It has been a rough season for the Overwatch League viewer count since their move to broadcast only on YouTube. Alongside this turn of events, its academy league, the Contenders, has also suffered from viewership. Still, Blizzard is finding creative ways to lure in fans of the game and the eSports competition. The Overwatch Path to Pro’s Twitter page announces the November earnable skins, “For November you can earn Torbjörn & Lúcio’s Contenders skins by watching Contenders! – 7 hours for Torbjörn, 15 for Lúcio.”

For the month of November you can earn Torbjörn & Lúcio’s Contenders skins by watching Contenders! – 7 hours for Torbjörn, 15 for Lúcio‼️

Get a head start tomorrow with the Grand Finals of the EU & NA Contenders October Tournaments! pic.twitter.com/OUO4eJicLE

The California-based developer has also revamped its production quality and the prize pool for the Tier 2 league. A whopping $2.5 million across various regions is on the line for the top performers. Aside from luring their players to perform and showcase higher quality matches, Blizzard is also rewarding their fans with in-game cosmetics. Notably, the company also introduced the League Tokens system for fans to buy and support their favorite OWL teams.

For their new season, the Contenders management is introducing the skin reward system. In their opening month, the green and black-themed skins were available for heroes such as Genji, Mercy, and Symmetra. The November skins feature the same way of earning them. Just spoiler alert, expect long hours of sitting and watching to earn both skins. However, in return, fans will familiarize themselves with the academy teams and players, who may one day be in OWL, too.

To unlock the Lúcio and Torbjörn exclusive cosmetics, first, connect your Battle.net account with the Overwatch Contenders’ site. Once on the website, click the icon on the upper right corner of the page and click on “Log In.” The page will redirect you to the log in screen and enter your credentials. For fans that have multiple Overwatch accounts, make sure to enter the email and password for the account that you want to count the hours. After doing so, the only thing left to do is to watch for seven hours towards Torbjörn’s skin, and a total of 15 hours for Lúcio’s.