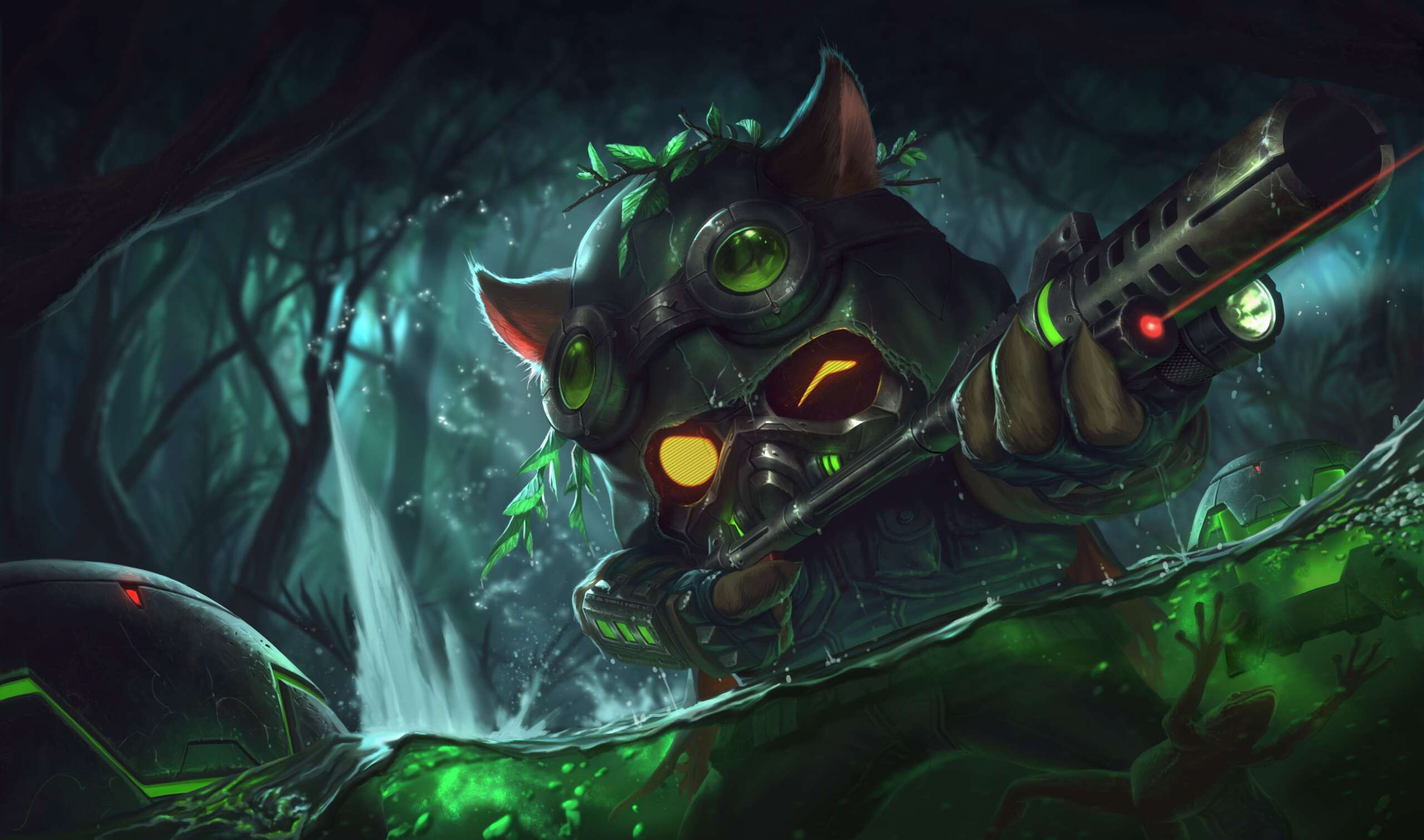 Everyone’s favorite Yordle Teemo is an immensely powerful top lane champion that excels in many of the potential matchups he may encounter.

Teemo’s strength comes from his ability to deal critical damage over time while nullifying his enemy’s attacks. Taking a melee-based champion into the lane against the Swift Scout will result in an uphill battle due to his ability to slowly wear down his enemy through the effects of Toxic Shot. Teemo can also counter any damage from basic attacks by activating Blinding Dart.

Kennen offers all the tools necessary to bully Teemo and dominate him in lane. Being an energy-based champion, Kennen can utilize his abilities as frequently as he likes without having to conserve mana. This is going to allow Kennen to get in and out of danger, taking the fight to Teemo.

Teemo’s strongest tool in most of his top lane matchups is his Blinding Dart. But this is not going to be the most effective against Kennen who deals most of his damage through a combination of Thundering Shuriken and Electrical Surge.

Piltover’s famous inventor Heimerdinger is the perfect matchup to take on Teemo. The mage offers a skill set that allows him to maintain a safe distance between himself and his enemy, since he’ll be protected by his H-28 G Evolution Turrets. These weapons might be susceptible to Teemo’s Blinding Dart, but Heimerdinger is able to manufacture these at a fast pace. He can deploy three at any time, meaning that should one be destroyed he can often immediately replace it.

An obvious counter to Teemo, Swain is an ability-based mage who excels in one-on-one dueling situations. Swain has a distinct advantage over Teemo due to his range advantage, allowing him to maintain distance while dealing damage through his abilities.

RELATED: Divinity: Fallen Heroes Will Be Available Later This Year - This Tactical Game Has An Interesting Co-Op Mode

The best way for Swain to engage Teemo is through a combination of abilities starting with his Nevermove. This ability will launch a wave of demonic power forward, dealing damage before returning and rooting targets in place. Once Teemo is stuck, Swain should then use his Death’s Hand ability to deal a massive amount of damage to Teemo by connecting all the bolts. Should Swain require more damage to take Teemo down, this is the perfect time to utilize Vision Of Empire to slow Teemo and allow Swain to secure the takedown before the Yordle is able to retreat.

Blizzard Has Announced A New Launch Date For World Of Warcraft: Shadowlands Expansion On November 23rd!