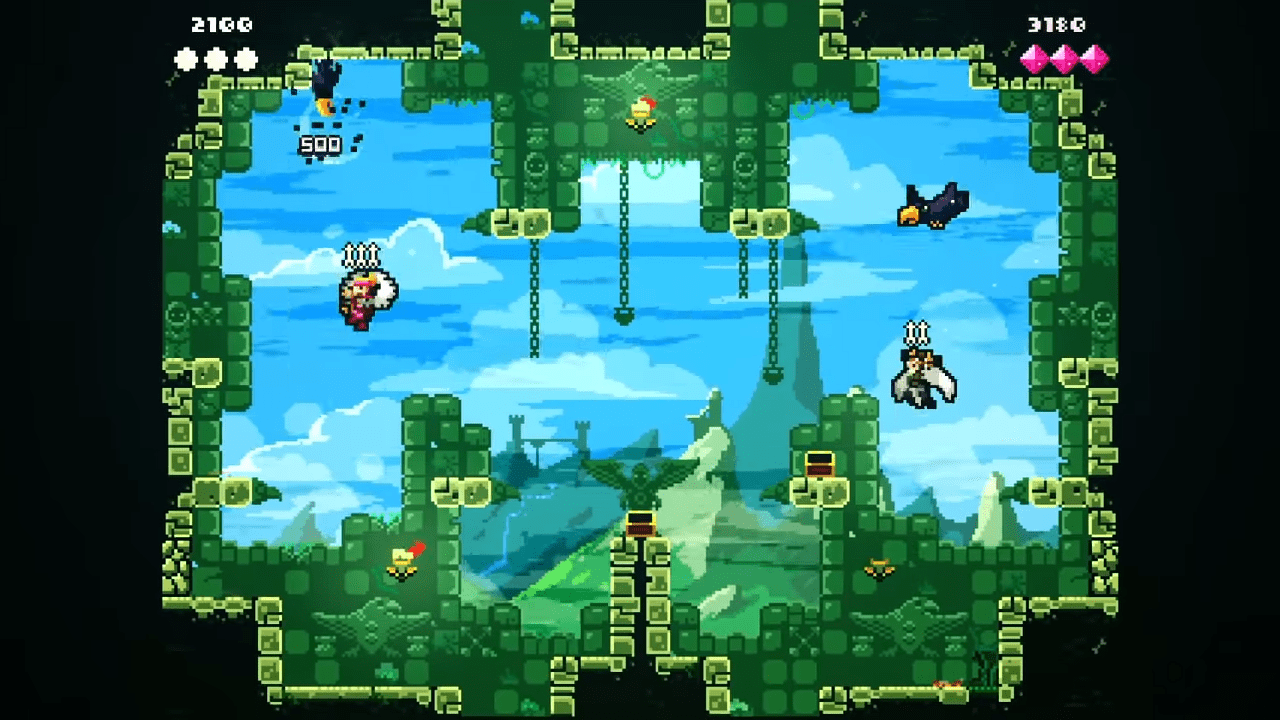 It’s the second day of Epic Game Store’s free game offering; hopefully you caught Into The Breach during its limited availability if you so chose.  The second day brings the second day in Epic’s curious line-up, and today is Towerfall Ascension.

Towerfall Ascension is a local multiplayer party-like game, where combat occurs in small rooms just large enough to fit comfortably on the screen.  The combat is easy to understand, and power-ups litter the map as you attempt to lovingly kill whoever you’re closest to.  You can grab arrows out of the arrow to foil your opponents shot, step on their heads, and generally have a jolly old time that local multiplayer games strive for.

Towerfall Ascension is currently available on Steam for $7.49 (much like yesterdays offered game Into The Breach), and also offers one DLC called Dark World Expansion for $2.49.  Both the title and DLC are currently 50% off on Steam.  The game itself sits at a stellar ranking, with 95% of the 1,772 reviewers recommending the game.

On top of the PvP experience that the game centers around, there is also a cooperative experience that has been added to the title.  The cooperative mode centers around one to two players attempting to clear quests, fighting off both a variety of monsters and other archers that are AI-controlled.  If couch PvP doesn’t necessarily appeal to you or your group of friends, the cooperative mode lends itself as a decent alternative, especially considering that Towerfall Ascension was built as a local multiplayer PvP experience first and foremost.

The title features 120 unique maps for would-be archers to test their mettle either against each other, with each other, or alone, and a hefty number of unique power-ups stretches the playability just a little bit more with their random locations and varied abilities.

Towerfall Ascension seems like a fantastic title, although it’s worth noting that there is no online multiplayer available.  If your friends aren’t local, you might as well simply not have friends when it comes to playing.  The cooperative campaign can be played through solo, although it wears out it’s welcome well before one would expect.

Again, designed as local multiplayer PvP, so any inclusion is better than none, but don’t walk into the title necessarily expecting a fantastic odyssey awaiting.

If you do have friends local (and they like hectic battles), you’ll simply have the time of your lives.  The controls are easy to understand, although combat can be difficult to totally master.  It turns into a hilarious shouting match as you’re all attempting to frag each other in a merry pixelized environment.

As was the case for Into The Breach, you have limited time available to grab the title free if it appeals to you.