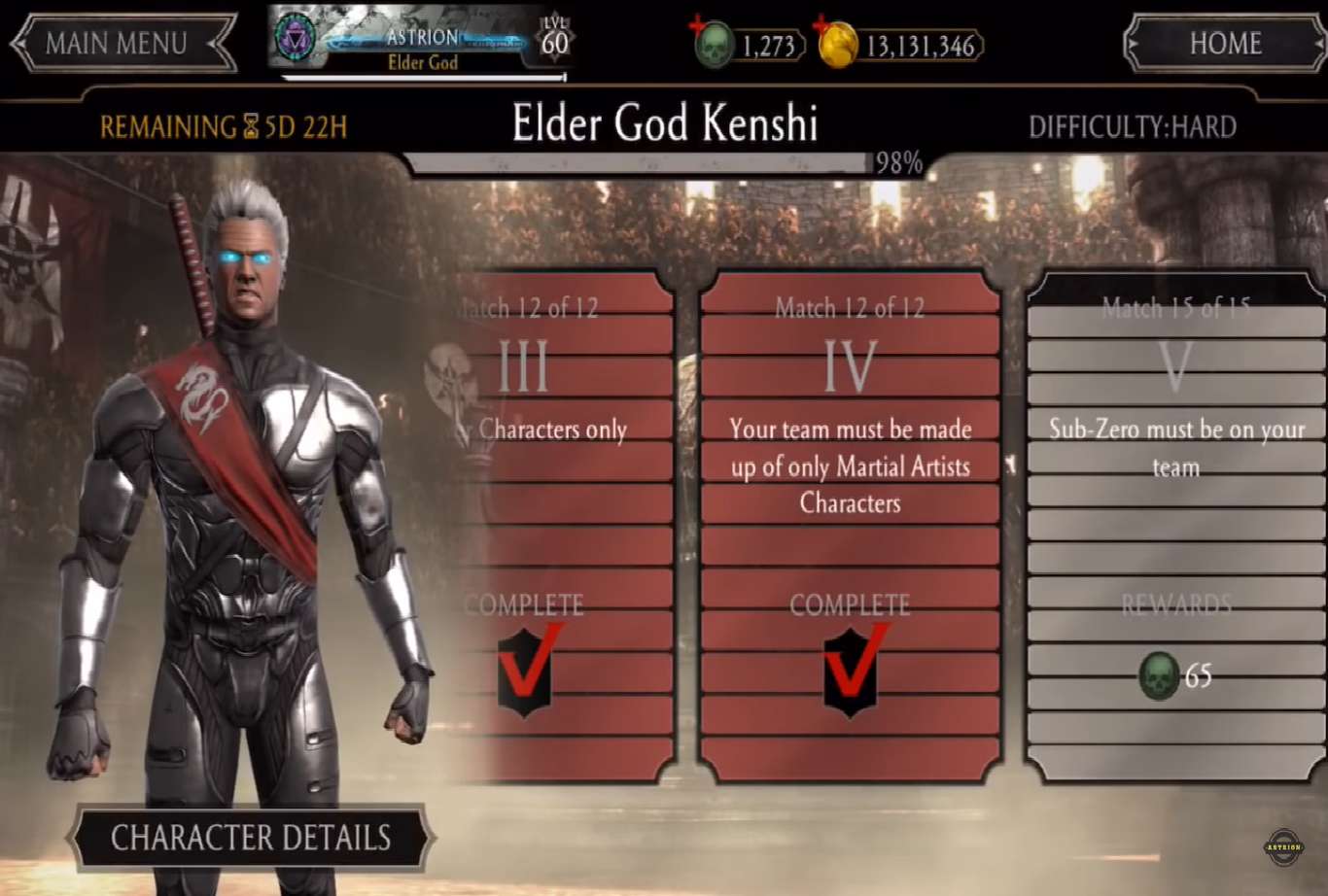 Thanks to some issues with the Elder Tier of the Triborg Sub Zero tower, Mortal Kombat Mobile extended the tower for an additional week. Additionally, they added the opportunity to get, and level up, rare character Elder God Kenshi.

During the previous week, the Triborg Sub Zero challenge tower had a great deal of trouble. Players claimed that the Elder Tier of the tower were not updating, not giving rewards and all kinds of other issues.  With this knowledge, the Netherrealm Studios dropped patch 2.4.1 to fix it.

Kenshi was introduced in Mortal Kombat Deadly Alliance back in 2002 and is one of few 3D era characters that’s been treated well by Netherrealm Studios. Kenshi was brought into Mortal Kombat 9 as a DLC character and was a member of the Mortal Kombat X cast as a fully playable character that was integrated into the story.

Elder God Kenshi is a non-canon version of Kenshi who rose to Elder God status, as Raiden did after the events of Mortal Kombat 4.  Unlike his other versions, this Kenshi isn’t blindfolded and has glowing blue eyes, much like Raiden, Fujin, Shinnok, Cetrion and Fire God Liu Kang do, which is an in an indication of their divine status.

Elder God Kenshi keeps the telekinetic push that’s part of Kenshi’s move set, and his X-ray is also Tele-strike just as his other versions have. However, his level 2 special, Spiritual Fury, adds a curse status effect to opponents.