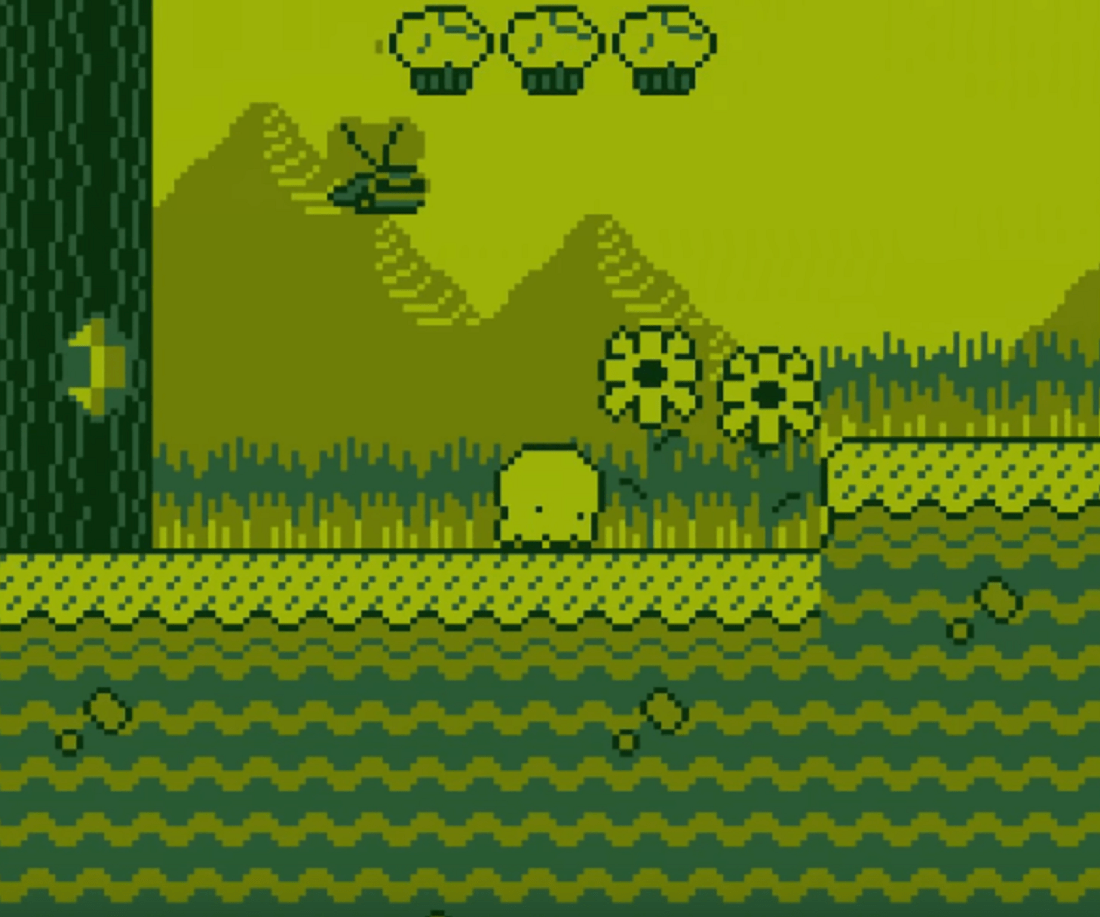 If anyone is looking for a nostalgic trip down Game Boy lane, they can play Squidlit on Nintendo Switch. Coming out January 14th, Squidlit offers gamers a chance to play through an old-school platformer-style game that utilizes handheld game-design mechanics.

Squidlit's official release date for the Switch is January 14th for North America, Europe, and Australia!
We did it! Thanks to everyone who helped us along the way. <3#Squidlit #indiegame #Switch #NintendoSwitch pic.twitter.com/qhAqKO7zk9

Squidlit has been available for PC gamers via Steam since March 2018, but it feels more natural
to be playing it on Nintendo. Nintendo is responsible for the ground-breaking Game Boy, which allowed gamers to take video games with them on the go.

Nowadays, mobile is the new norm. Virtually everyone in western countries has a phone in which they can play games. In the ‘90s, however, being able to take a game wherever a gamer went was cutting edge.

Squidlit has been developed to give veteran gamers a chance to relive some of those memories. The game mechanics are very rudimentary, just like handheld games of old.

Here is a quick gameplay trailer to check out:

Gamers take control of a squid and they will navigate it through multiple levels by jumping, flipping, running, as well as raining down ink onto enemies. The squid has been sent on a mission for the good of its kind.

The squid will have to deal with multiple enemies that want to kick it back into the sea. There are also boss fights featured in Squidlit, including the ultimate antagonist Skwit Skwot.

Squidlit has excellent reviews on Steam, with most gamers celebrating the Nintendo Game Boy graphics, price, and the nostalgic feeling that it creates.

If gamers are looking for an extremely challenging platformer, then they’ll need to look elsewhere. Squidlit has been developed for a few reasons, and to severely challenge players is not one of them.

If Nintendo Switch gamers are interested in buying Squidlit, it will cost them $1.99 through the Nintendo eShop. As mentioned earlier, it’s coming on January 14th, and players can enjoy it using TV mode, Tabletop Mode, and of course, Handheld mode to get the full experience.

There are only single-player capabilities with Squidlet, which makes sense because of what the developers are trying to do with the game. So, if someone is looking for a Game Boy experience as close to the real thing as it gets nowadays, Squidlet may be the answer!

Feb 19, 2020 Harry Alston 10480
Stela is a new atmospheric puzzle-platformer on the Nintendo Switch, arriving on the Nintendo eShop March 13th, 2020. From Vancouver-based Studio,...