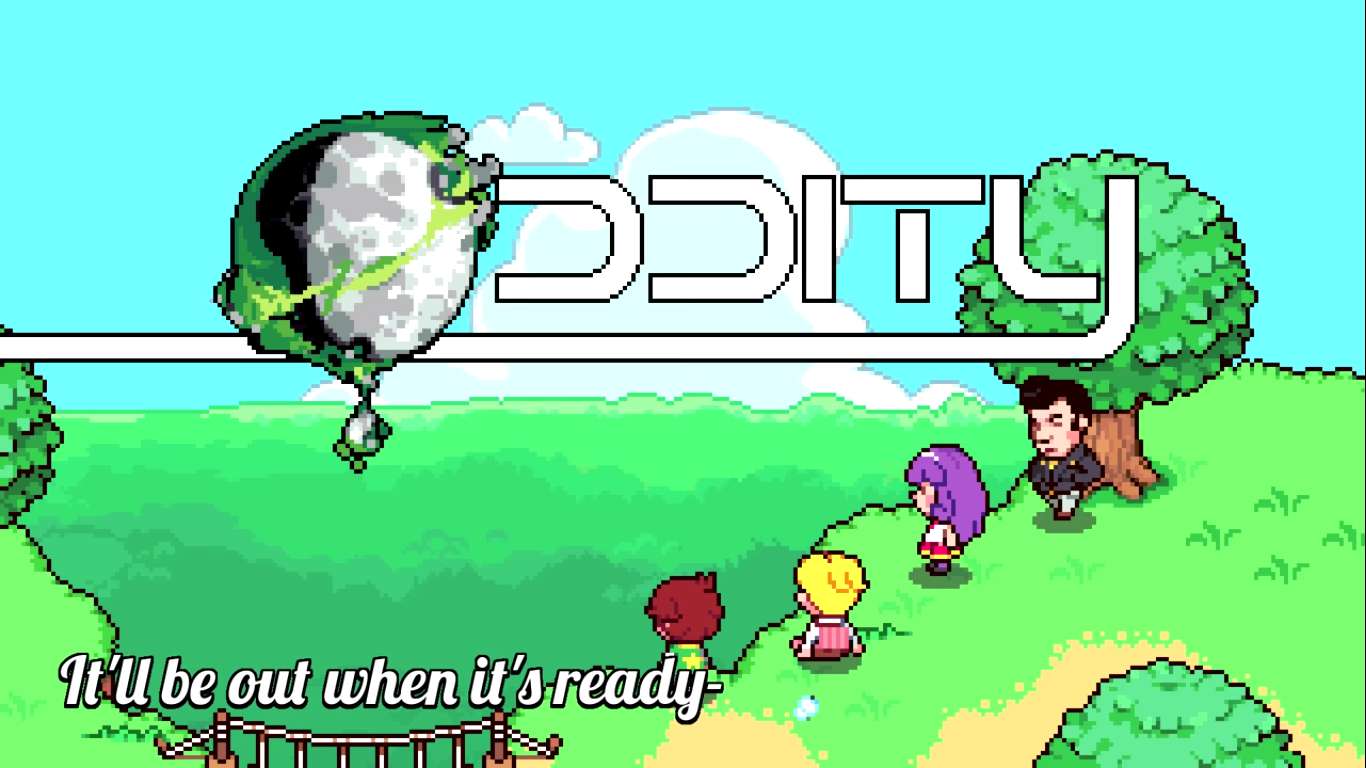 It has been nearly three years since anyone has heard fro the fanmade Mother 4 game. Finally, the wait is over, and the developers have a substantial update to offer everyone. The team behind the game decided to avoid conflict with Nintendo preemptively and have rebranded their once known title Mother 4 as Oddity. All characters and ties to the Mother/EarthBound franchise are being let go in favor of a 100% unique journey.

A new trailer has surfaced, sharing a much needed detailed look at what is coming from the studio. Although this started as a fan-made title, it has turned into something completely new.

Oddity is intended to be a standalone game that is an amazing show of appreciation for a lost series. The game really shows its resemblance to the Mother series in style and gives a great look at what a dedicated community can create.

The game takes the thematic imagery and psychedelic battle scenes from the series and crafts it into its own unique flavor. This is not a clone or simply a cover of a beloved series but a dedicated homage to a beloved masterpiece. If you enjoyed EarthBound/Mother, then this game should be near the top of your purchase list.

This is a new game. There is a new cast of characters, including Travis, Zack, Floyd, Leo, and Meryl, which gives a different feel to the game. Fans are expecting in-depth backstories and true EarthBound experience from the game.

Although there is no release date or platforms shown in the trailer, the team makes it clear they are still working on the game. In the trailer is a small note reading, “It’ll be out when it’s ready – Relax till then.” Fans can only wait until development makes it closer to finishing before further details are released.

Till then, fans have a trailer and tons of pixelated characters to explore. From the style of the world to the sprites used, this game screams EarthBounds and really makes fans feel at home. So sit back, relax and enjoy the trailer and all it has to offer.

There are several online communities gathering on Reddit, Discord, and other social media platforms. Feel free to explore the trailer with fans and discuss the possibilities within the development process with fans just like you. This game really is doing a great job bringing the joy of EarthBound to a whole new audience of gamers.