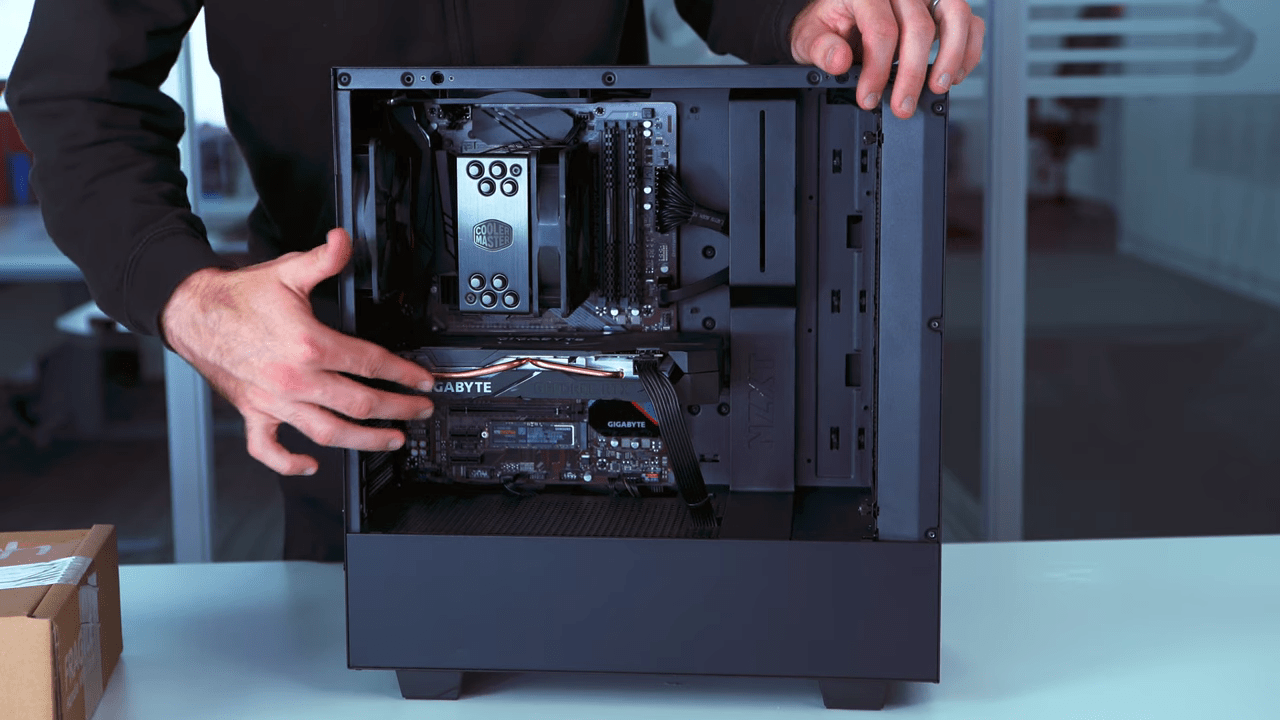 You will agree with me that 1440p and 4k gaming is the in thing in competitive gaming and eSports. Novatech Reign VIPER MKII is among the rigs that can power such high-performance gaming. Whether you are playing the AAA power-hungry titles or you’re running demanding programs, it has got you covered.

Already, the company has released gameplay videos showcasing the might of this gaming rig. Some of the massive titles playable at 1440p seamlessly include Battlefield V, The Division 2, Assassin’s Creed Oddysey, and Total War Warhammer. Shadow of the Tomb Raider, Witcher 3, and Metro Exodus have also been tested on the MKII in 4K resolutions.

The first thing Novatech got it right is the choice of gaming case. It is based on the NZXT H200; an all-steel construction Mini-ITX case finished in matte black. It supports four drive bays; three 2.5″ bays and one 3.5″ bay so you are not limited in terms of storage expansion. The motherboard’s choice is also on point – the Gigabyte Z390 AORUS PRO WIFI Z390 is designed for Mini-ITX form factors and boasts an Intel® Z390 Express Chipset.

Under the hood is a 9th Gen Intel Core i7 9700K processor clocked at 3.6GHz. The 8-core processor is paired up with a Gigabyte GeForce RTX 2070 WINDFORCE 8G GPU. As you may be aware, the RTX 2070 can support full-time Ray Tracing. With the right monitor, the VIPER MKII can play the most demanding titles with resolutions of up to 7680×4320 at 60Hz. The maximum number of supported displays is four.

When it comes to memory, Novatech mounted two 8GB Corsair Vengeance LPX DDR4 RAM. 16GB is enough to run even the most demanding titles. As for storage, the rig boasts Samsung 860 QVO 2TB SSD and a Samsung 970 Evo Plus 250GB NVME M.2 SSD and still, there is room for expansion.

To keep the system cool during those long gaming sessions, Novatech has equipped the MKII with the NZXT Kraken M22 120mm Liquid Cooler. As you may be aware, it features RGB lighting. There is also the Akasa Vegas MB Magnetic LED Strip Light for complementing the cooler RGB lighting.

As you can see, this is a custom-built PC, even the unbranded packaging days so. You are free to upgrade the system, and this doesn’t void the warranty. But the company affirms that it will only cover for parts bought from them. Unfortunately, the Reign Viper MKII costs a fortune and should set you back around $2400. It is available for purchase on the official Novatech website.