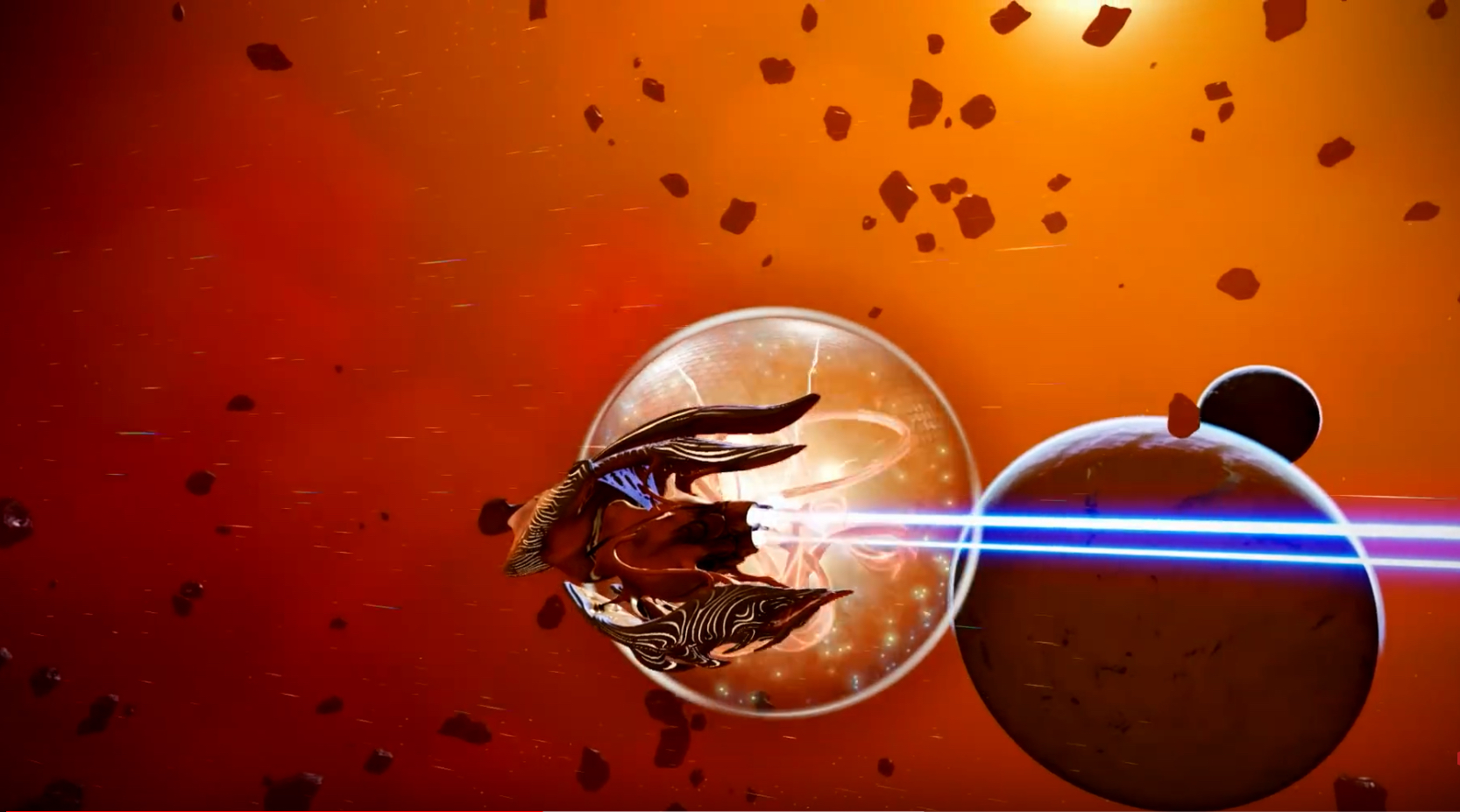 No Man’s Sky is a great exploration game that taps into the wonderful curiosities of the universe. Even though it was met with mixed reviews when it first released back in 2016, it has gradually built a loyal fanbase. Those who give this game positive scores rave about its unique environments, interesting creatures, and explorative design.

The game has only gotten better over the years as well thanks to Hello Games’ regular updates. A new one is about to hit this week called the Living Ship update. Ships that are alive like human beings sounds like a bizarre, yet oddly satisfying premise that of course would show up in a quirky game like No Man’s Sky.

It’s a pretty unique concept that was just highlighted in a trailer. The ships are — in fact — alive and they can be birthed out of an egg. You’ll then have the ability to raise it into adulthood much like you would with a baby. These ships aren’t just for looking at, either. They can actually be flown around. They certainly possess some interesting attributes judging by the looks of the trailer. Being able to monitor the organic ship like a parent should give new meaning to managing a ship.

It’s not just a big collection of metals that use to get from point a to point b. No, it’s a living thing just like yourself that you’ll have to guide in the right direction quite literally. That should make you extra cautious when navigating these living ships around the fantastic worlds in No Man’s Sky.

That’s not all. There will also be points of interest in this Living Ship update. They are intended to make space exploration all the more strange and fun. You never know what you might be on the lookout for. It could be orbs of energy or something a little more sinister. The entire time, you’ll navigate with a childlike sense of wonder.

Players will not have to pay a time to gain access to these new features, either. They’re completely free. Hello Games is just looking to give back to the fans for sticking around for as long as they have. It’s endearing to see a game like No Man’s Sky receive this type of love.

It shows that even if there are issues out of the gate, developers still have the ability to listen to fans and include updates that truly improve gameplay. Sure, this update is pretty weird — but that’s the charm behind it. You wouldn’t expect anything different in a game like No Man’s Sky.

Feb 17, 2021 Harry Alston 7860
To celebrate the game's fifth anniversary - yes, you read that right - No Man's Sky's newest update introduces pets to the game. You can tame them,...

Oct 28, 2020 Harry Alston 9080
No Man's Sky may have had a rocky start, but over the past few years, the team at Hello Games has proved time and time again that they are committed...

Sep 23, 2020 Chris Miller 10510
It's difficult to pinpoint precisely where No Man's Sky exists at the moment within the psyche of gamers, and it's a phenomenon that we've discussed...