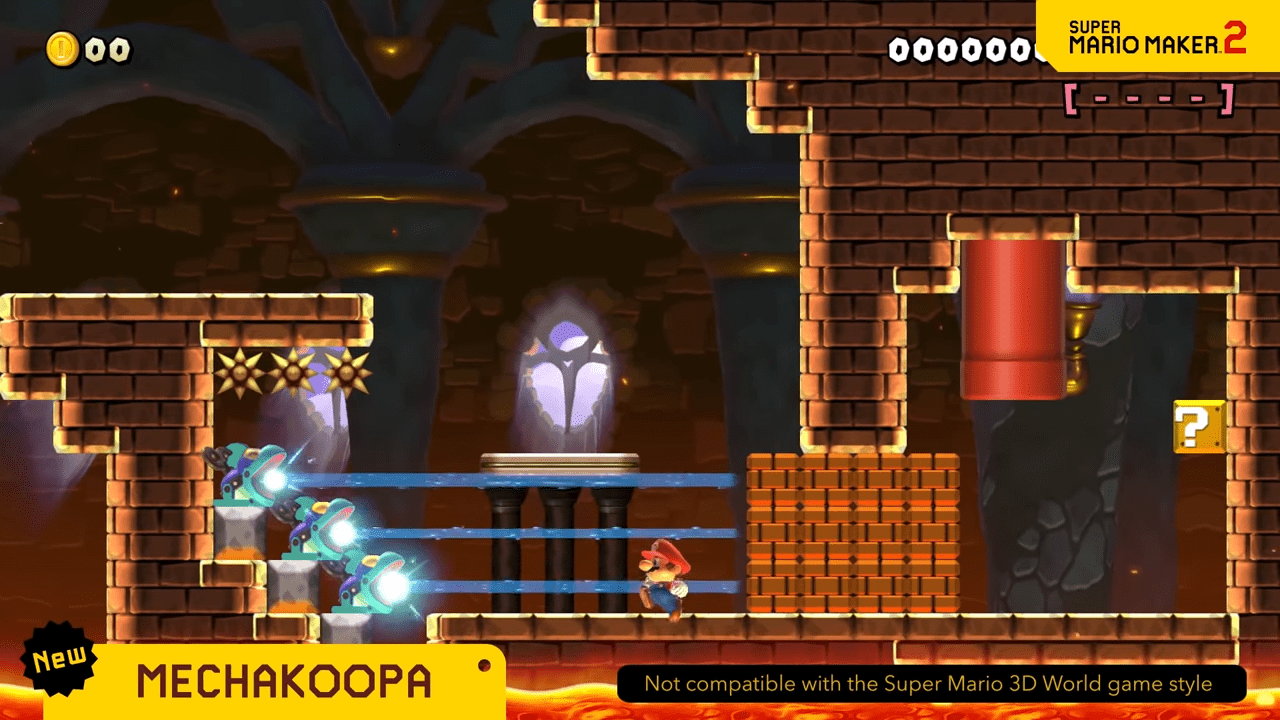 Bad news first, as we’re hoping that the good news immediately following will soften the blow for Super Mario Maker 2 fans. This is, in Nintendo’s words, the final major update for Super Mario Maker 2. There will likely be follow-up patches that add a bit of polish here and there and ensure that the various functions are all working as intended, but other than that, this is it; either the features that you specifically have been requesting are in, or your proverbial princess is in another castle; Super Mario Maker 3, perhaps?

Although if the next Super Mario Maker iteration doesn’t include some version of 3D, we riot, right?

With that out of the way, there’s good news in spades to be had; the first bit is that everything will drop tomorrow, on April 22 (if time means anything to you anymore). With that update comes a slew of features.

The most exciting one of the bunch is arguably the new ability to create your own worlds out of the levels that you’ve made. Starting from 1-1 up until the final castle, you can generate the overworld that players work through until they finally clear all your deviously crafted levels. 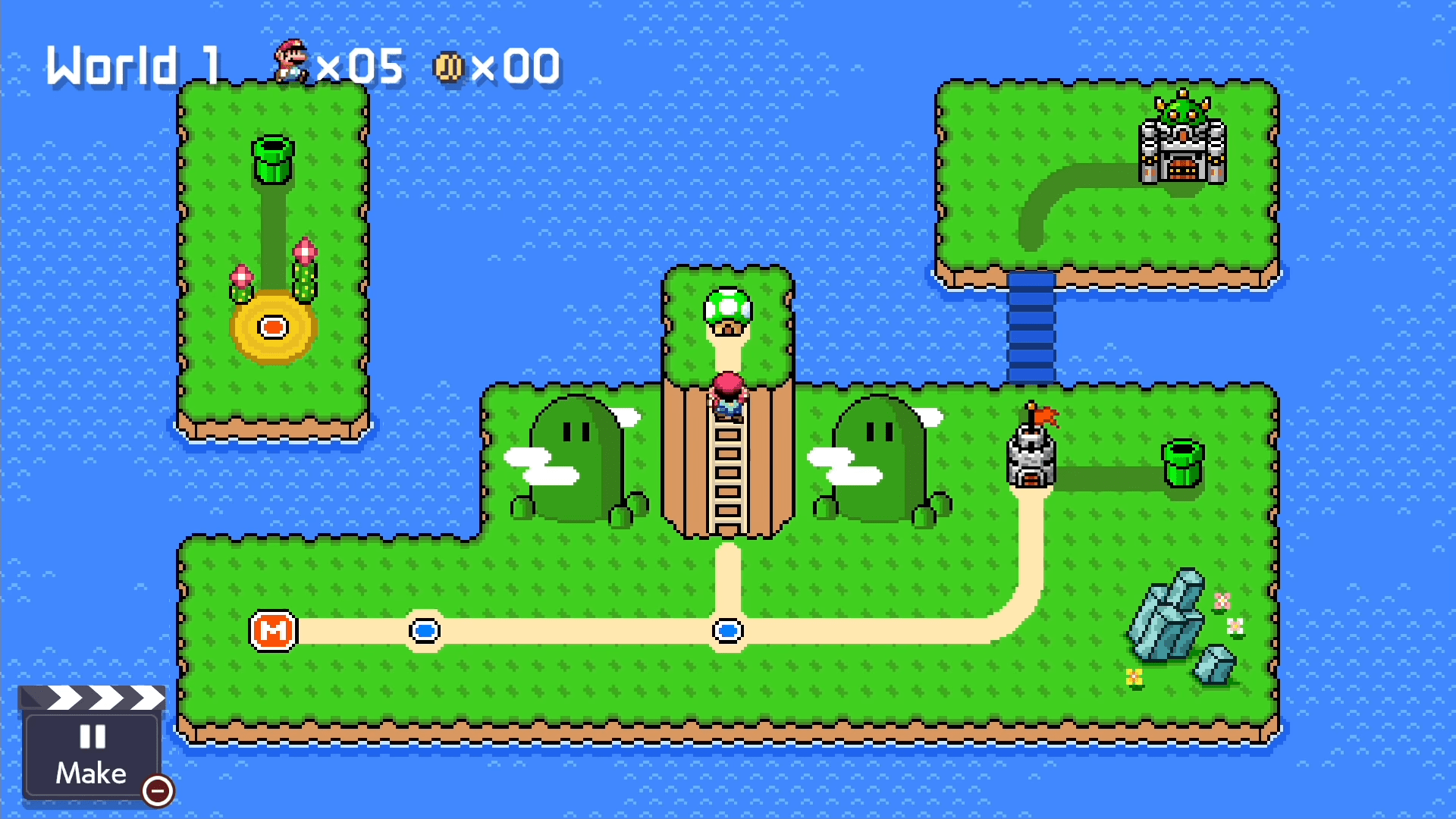 As any fan of Super Mario Maker knows, this alone has been an oft-requested feature; to build a string of in-depth maps, all interconnected to bring some form of crafted narrative to the overall theme of our levels.

Granted, it’s unlikely to alter what is frankly a poor community showing of levels, by and large. Levels that consist of nothing other than watching your character hurtle through them while being bounced off of various objects as yet another mediocre rendition of an anime song is playing in the background. Nonetheless, it does offer the more gameplay-oriented players additional building blocks in which to craft their masterpieces.

And the masterpieces have become far easier to construct with the help of new power-ups; The Super Mario Brothers 2 mushroom power-up allows you to stand on your foes, and lift them when you choose to, adding a new form of locomotion. A lot of various hats that you can now hop into, ranging from POW blocks, a Goomba suit, a propeller hat, and even a Bullet Bill hat. The frog power-up also makes a welcome experience, ensuring that underwater levels are only as cancerous as the creator wants them to ultimately be.

A balloon suit allows players to move through the air in the same way that the frog suit allows them to move underwater, without the ability to walk on water. Trampolines can also be added with on/off switches to the worlds with Super Mario 3D World game play. Finally, the classic Koopalings are making their appearance, with all of them having unique movesets and attacks that can be a fantastic feather in the cap for your new world. All of this and more is coming in the form of a free update on April 22, so make sure your Switch is charging up tonight; tomorrow will be busy.

Oct 5, 2022 Tom Lee 270
Overwatch 2, the sequel to Blizzard's team-based first-person shooter, has been released today, and the game's servers have been struck by a massive...

Oct 5, 2022 Tom Lee 220
A player has just found that it is possible to disarm Lynels in Legend of Zelda: Breath of the Wild, as evidenced by a video published on Twitter....

Oct 5, 2022 Michael Gunn 150
Overwatch 2 is experiencing several server issues, resulting in excessively long wait times and various other problems. Although it may seem as...