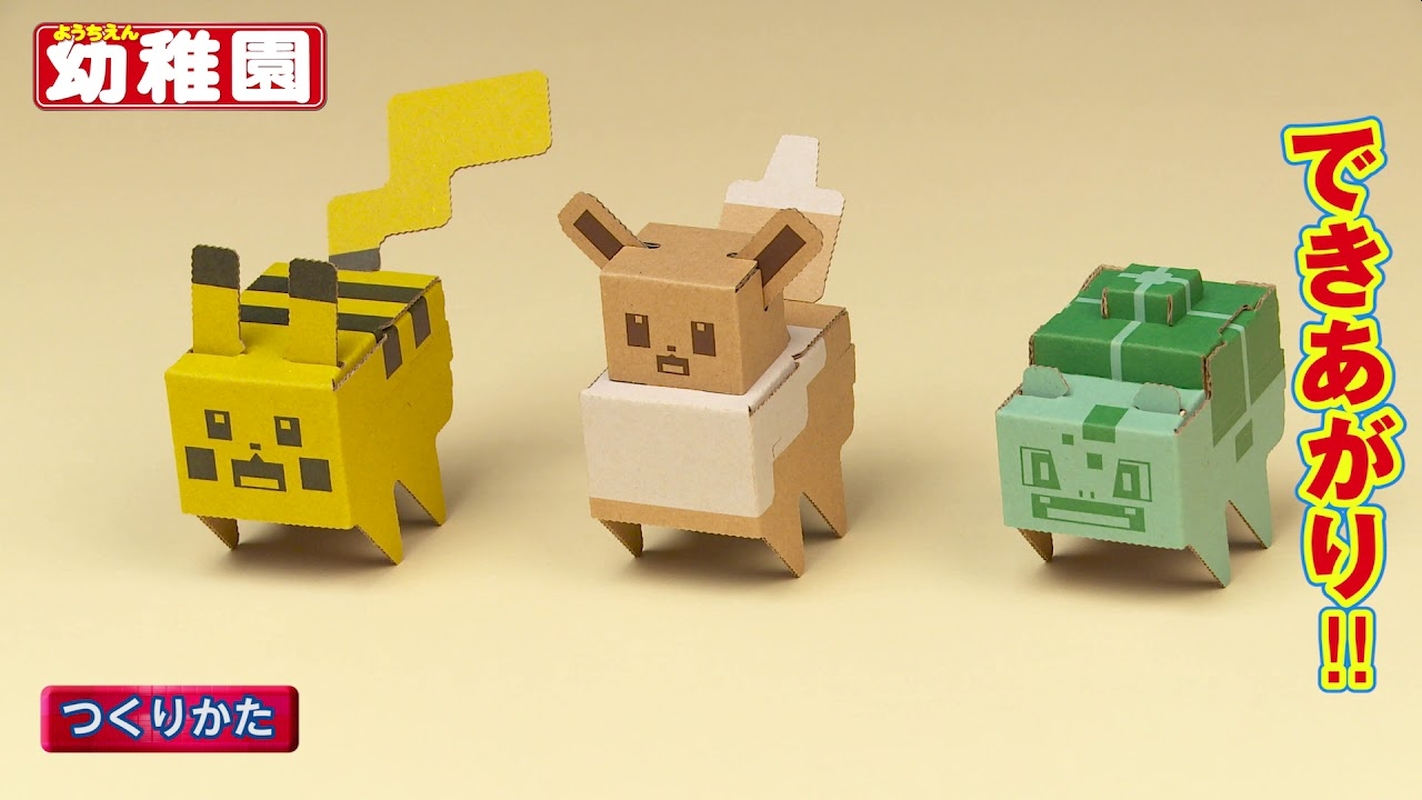 Nintendo Labo allows players to build kits and play with them using the Nintendo Switch. The Labo includes a variety of kits featuring robots, vehicles, and other toys.

Although the Nintendo Labo hasn’t made a major impact on players in North America, it continues to be popular in Japan. Recently, Nintendo Labo announced a collaboration with Pokémon in the Japanese children’s magazine Yochien.

The March edition of the magazine was recently released.

Pokémon Quest is a free-to-play adventure game and was developed by Game Freak, the developer behind the popular series. The game was released on the Nintendo Switch, iOS, and Android.

“The Pokémon you know and love have turned into…cubes?! Head out in search of treasure with your cube-shaped Pokémon buddies on Tumblecube Island—a land where everything is a cube! Your goal is to find the awesome goodies said to be hidden on the island! The Pokémon you know and love from Pokémon Red and Pokémon Blue appear in this game.” states the Play Store description.

The Nintendo Labo × Pokémon Quest collaboration includes pieces for Bulbasaur, Eevee, and Pikachu. The magazine released some previews of how the kits worked with the Nintendo Switch.

Players can connect the Joy-Cons to Pikachu and control the creature with a rote. There is also a “slide” like piece where the characters can race to the bottom.

The Nintendo Labo × Pokémon Quest kit is aimed at children. The creators may have believed that children would have problems assembling the kit. Yochien released a short promotional video that not only showcases the kit but has a visual tutorial on how to assemble each Pokémon.

The Nintendo Labo allows players to “Build and play with cool creations and invent your own. Kits include everything you need—even games. Just add your Nintendo Switch console and go!”

While most of the marketing has been to young children, it’s a great series of kits that help kids learn how to follow instructions and build a kit, then watch it come to life within the Nintendo Switch. All of the kits come with detailed instructions and video tutorials on how to make each item.

The Nintendo Labo × Pokémon Quest kit is included free in the March 2020 issue of Yochien magazine. The magazine is available in Japan now.

Feb 25, 2021 Harry Alston 8020
Pokemon is 25 years old this year and in celebration, fans think there is something big planned to be announced in tomorrow's Pokemon Direct. It...