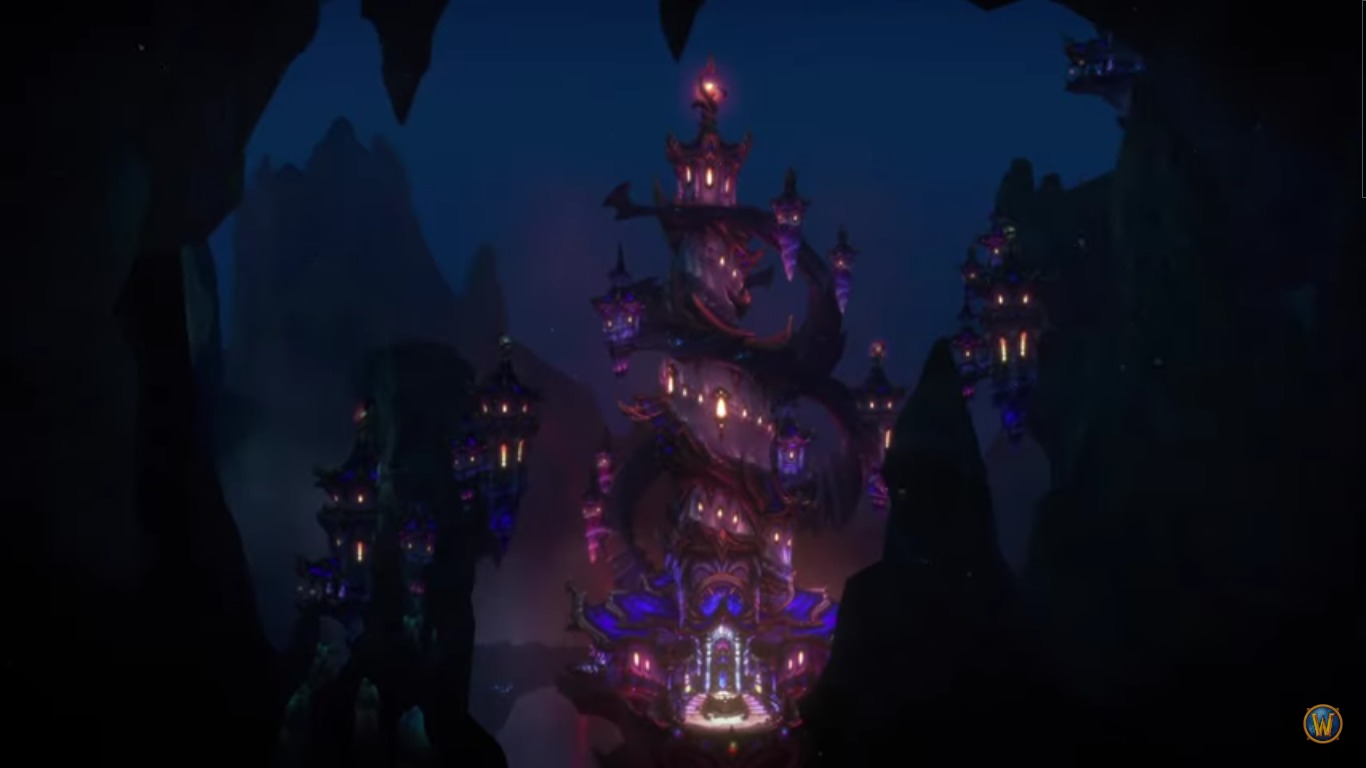 World of Warcraft players have much to be excited about as Blizzard gears up to release the next major update. Blizzard did release a glimpse of this new update back at Blizzcon, however, the official trailer was launched just a few days ago.

World of Warcraft’s 8.2 update,  Rise of Azshara officially launches June 25. Rise of Azshara is the second major update in Battle for Azeroth and it is loaded with new features and gameplay.

Rise of Azshara features The  Mechagon Megadungeon, a massive dungeon residing in the new zone, Mechagon. The dungeon is broken into two segments, the first segment being the main portion of the dungeon containing lower level gnomes. The second segment has a minimum level requirement of 120 and higher-level enemies.

Which means, if you aren’t ready for the Megadungeon, you better get ready! The Mechagon Megadungeon contains 8 bosses and features King Mechagon as the final challenge.

Arguably one of the most highly anticipated changes coming with the new patch is a much welcome adjustment to the Azerite Armor system. The original system, which was released in 2018 with the Battle for Azeroth expansion, severely limited players. Having to spend an incredible amount of time unlocking access to Azerite slots is something players found to be quite frankly, a pain.

Thankfully Blizzard heard the cries for armor system freedom and will be fully unlocking the rings of the Azerite armor slots. This change means that players will be able to pick up a new piece and immediately have access to all of its potential

Following the Battle for Azeroth storyline

With its two vast new outdoor zones, Nazjatar and Mechagon, Rise of Azshara will also have new Heritage Armor quests for the Gnomes and Tauren. A new raid, Azshara’s Eternal Palace comes packed with 8 new bosses and will provide players with the opportunity to gain new achievements and collect new mounts and battle pets.

Rise of Azshara is one of the largest content patches that World of Warcraft has ever released and almost feels like it could be its own mini-expansion. In the Battle for Azeroth, both the Alliance and the Horde sides sailed to the land of Nazjatar after the Battle of Dazar’alor where eventually they will come face to face with Queen Azshara herself.

Through all of the new and exciting goodies launching with the Rise of Azshara update, the patch will still be following along with the original Battle for Azeroth storyline through new quests, dungeons and plenty of in-game content.

RISE OF AZSHARAWORLD OF WARCRAFT

Aug 5, 2022 Robert James 1690
You'd be lying if you stated that flight in World of Warcraft was very realistic, despite being a necessary tool. In MMORPGs, flying mounts can fly...