What substance do puzzle games come with? Do they have the ability to tickle one’s cortex? Or what exactly? In the new puzzle game, Filament, one puzzle adventure from Beard Envy and Kasedo Games.

A dangerous space vessel known as The Alabaster is left hanging about in space and the player must go aboard and piece together what happened to the crew and whatever other secrecy laying beneath.—similar to the Return of the Obra Dinn.—

The game begins when the player, ‘Mr pluto,’ tries to connect the anchors dispersed throughout the ship and connect vital systems via the hacking tools of your robot companion. And also solve hundreds of maze puzzles to solve the greater mystery hidden beneath.

However, Filament was built using just one style of the maze puzzle. Still, it performs exceedingly well so far, in this instance, connecting guideposts with the ever-extending trail of filament. In so much ways, Filament takes inspiration from The Witness and The return of the Obra Dinn in its narrative and puzzle make-up. Also, there are no guides or tutorials to read up on before going into space to unravel the puzzles aboard The Alabaster.

There’s a lot more than just environmental narratives to guide the player along in the Filament. Even so, often, the female attendant aboard The Alabaster, who calls herself Jupiter, talks to the player as the vital point of contact aboard the perilous space ship. The several one-person speaking sceneries that spring up between puzzles help to add to the mystery, which is sufficiently filled in with collectibles and logs depending on what sort of collector the player chooses to be.

In the space, each area uses a different take on the same formula of wrapping and navigating through the player’s infinite filament that wires around guideposts to unlock the exist. Like in one area, there may be several posts that need to be chained in a particular order, while in another, it could be matching colors together without disrupting the chain order.

Moreover, these areas tend to blend early on, so it won’t be anything remotely close to changing of seasons in The Witness to guide the player but would have to unravel the mystery.

Also, one of the trickiest parts in unraveling the puzzles in Filament is the rope the player must use within the puzzle space. This often poses as a detriment, removing a pathway or a bit too solid to prevent one from slipping past a guidepost towards the exit the player opens. Since the goal is not only to solve the puzzle but also make it out of the exit gate into the next arena, there would be times when the right solution is applied, but a missing loop around an arbitrary post is enough to keep the player locked in place.

To combat this impediment, instead of relying on stopping and restarting a Filament puzzle from the beginning, the robot companion comes as a handy tool to help rewind a Filamentand reverse the steps quickly. A quite handy feature!

Puzzles are typically arranged together in groups of five; in that case, the 300 plus puzzles that the developers spoke of will feel much shorter at last.

Filament is available now to wishlist on Steam and would be hitting screens on significant platforms like Mac, PC, PlayStation 4, Nintendo Switch, and Linux, with a plan to release the first quarter—Q1— this year, 2020. 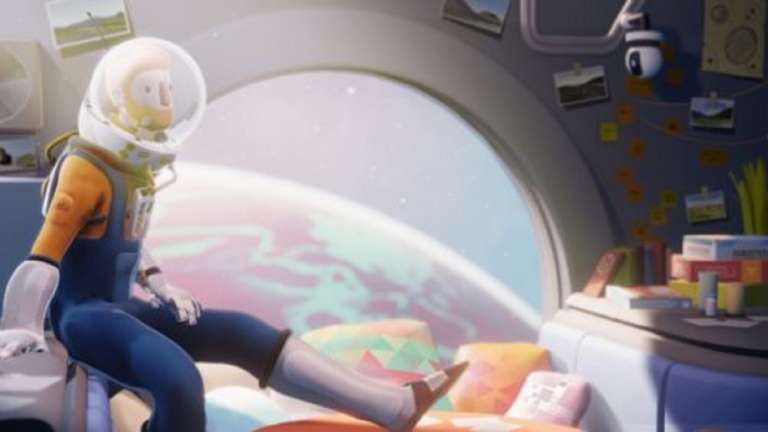 Jan 19, 2020 Emmanuel Giovanni 7360
What substance do puzzle games come with? Do they have the ability to tickle one’s cortex? Or what exactly? In the new puzzle game, Filament, one...