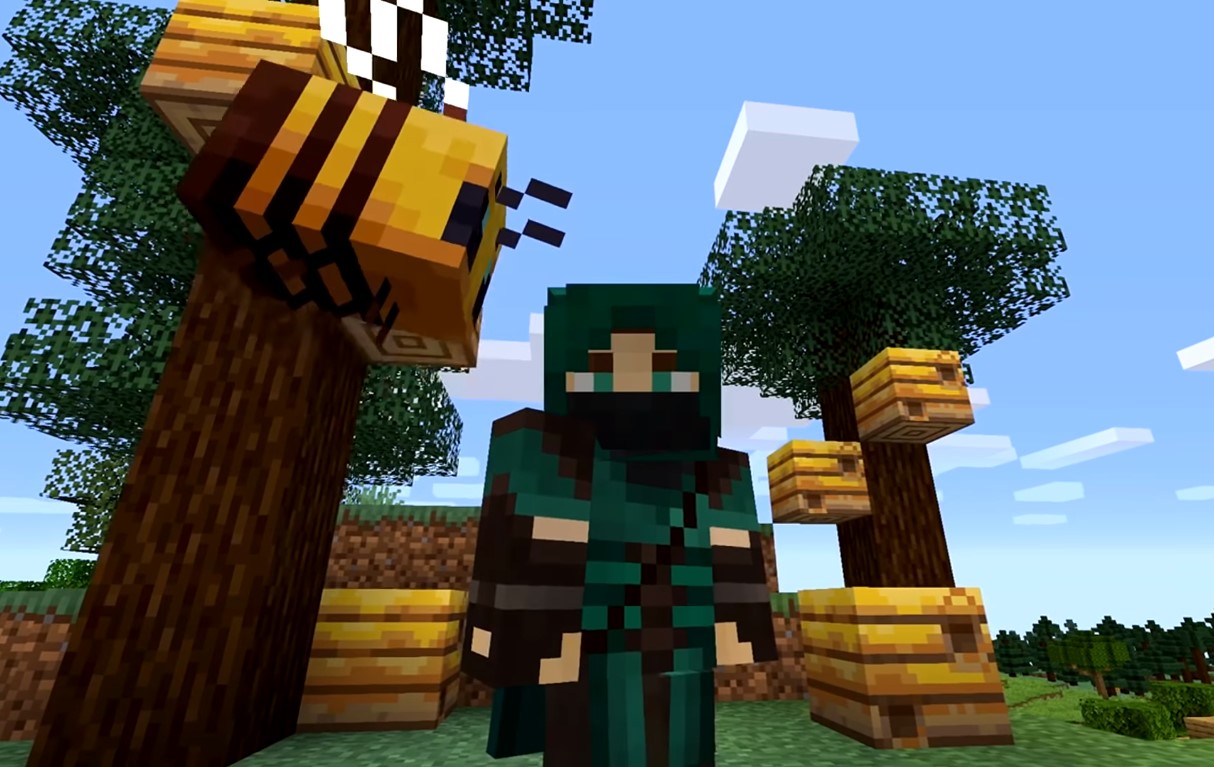 Minecraft mods are as popular as the game’s regular updates from Mojang. The creativity of these modders is what makes the game exciting since its original release in 2011.

Recently, the Minecraft: Java Edition added an update. Now, players can see bumble bees buzzing around while gathering honey for their nest.

Mojang also posted the announcement for the Minecraft: Java Edition update on its Twitter page on Aug. 22.

Today, Java Snapshots return, with an exciting new bug! Wait, come back, it's not that type of bug! Meet Minecraft’s latest mob: the bee!

As the developer explains, these insects are considered as neutral mods. That means they won’t bother you since they are busy gathering honey from all the flowers around. However, if you annoy them or disturb their nest, prepare to get stung.

If you are interested, the bee nest can be found in the plains, sunflower plains, or flower forest biomes.

Meanwhile, modders saw another opportunity from the Minecraft: Java Edition bee update. After all, each bee is large enough to carry someone on its back.

SethBling modded the game by including a data back that allows you to ride a bee. The mod is quite simple to use. You just right click on the bee with the saddle and then ride the bee. To dismount, just click left shift, which is what you do with any other animal.

You might have heard about a carrot on a stick, well, this one uses a flower on a stick. You dangle the flower in front of the bee to control flight. The bee will fly toward the direction where the stick is pointing.

If you want to see what other modders are up to, here’s a website that gathers all the mods.

The Minecraft: Java Edition can be downloaded for free and was launched in 2011. It’s available for Microsoft Windows, Linux, and macOS.