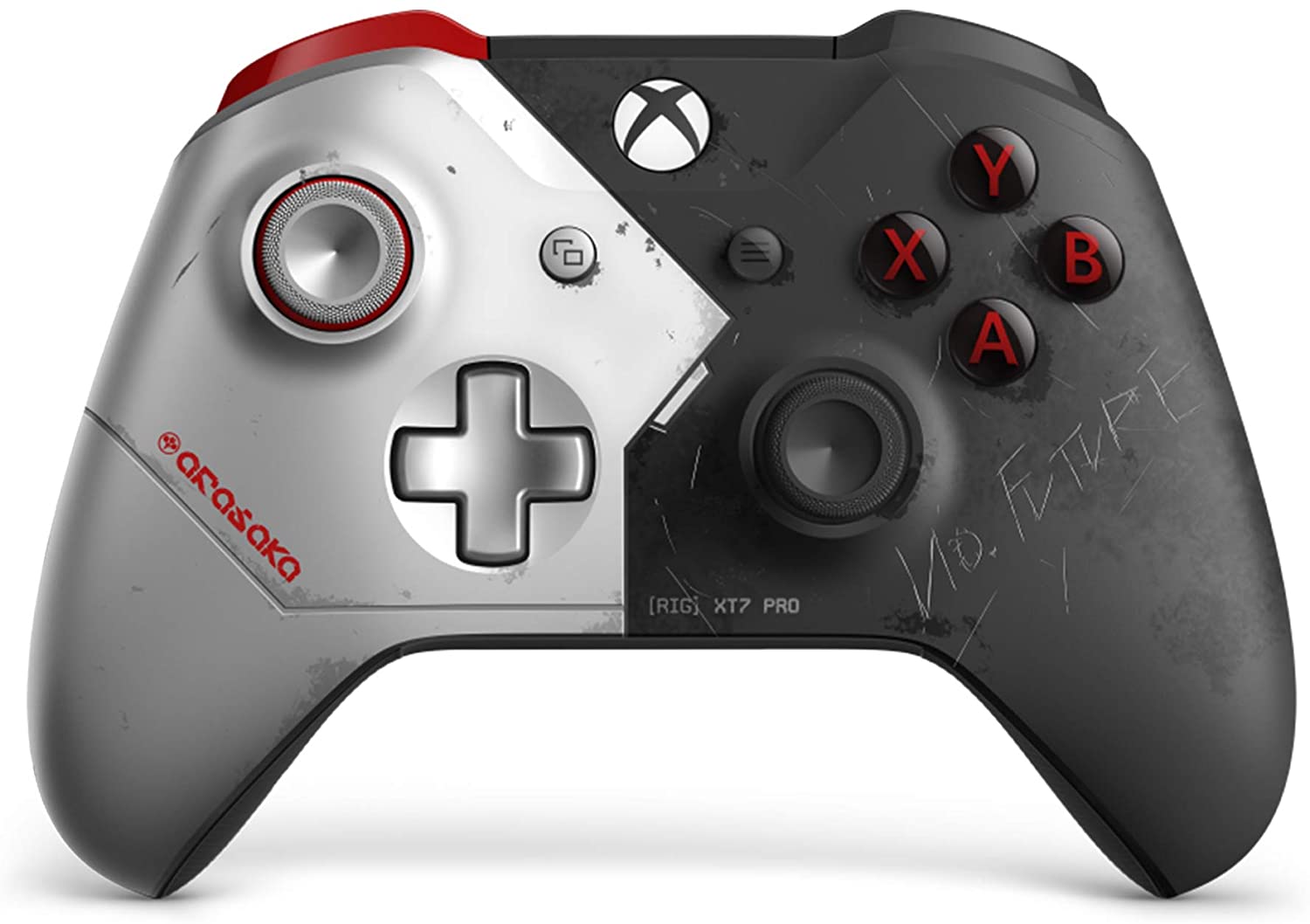 Shown by Amazon Canada, this limited edition controller for the Xbox is the real deal as multiple images of the controller got included, along with box-art.

Looks like a Cyberpunk 2077 Xbox bundle will be announced on April 20https://t.co/crwKri5tcd

Merely looking at the description, the sturdy design was mainly inspired by Cyberpunk cult character, Johnny Silverhand – one of the protagonists depicted throughout the series. Some images showcase this excellent controller down below and also snippets of the Amazon listing should the retailer take down the page.

Customized Limited Edition Cyberpunk 2077 Microsoft’s Gaming Controller Description:
• Live the mercenary life with the Xbox Wireless Controller – Cyberpunk 2077 limited Edition
• The rugged design is based on cult cyberpunk character Johnny Silverhand
• Immerse yourself in a future where technology is the key to survival
• Custom button mapping with the Xbox accessories app
• Plug in any compatible headset with the 3.5mm stereo headset jack

From the product listing on Amazon Canada, this limited edition Xbox controller plans to be released on May 4.

At the recent Microsoft’s 2019 E3 press conference, there was an announcement that the A-list actor, Keanu Reeves knew as “Babayaga-John Wick,” would be the one portraying Johnny Silverhand.

Also, in an interview with Gamesindustry.biz (E3), Mateusz Tomaszkiewicz, Cyberpunk’s 2077 quest designer confirmed the fact on Reeves representing Johnny Silverhand in the game.

Here’s a snippet of the conversation:

“I’m surprised we kept it secret,” the designer said. “We were thinking about who [Johnny] is as a character. He is a rebel and is standing against the oppression; he’s standing for an idea. A lot of characters that Keanu has played in his career were like that as well. We felt it was a natural pick for the character.”
“Also, I’m not sure if you know this, but he’s also played a lot of characters called John or Johnny, which creates this cool link [Johnny Silverhand is from the original Cyberpunk RPG series]. In general, we felt it was a natural pick, and he’s a very experienced actor. We were very excited to be working with him.”

Cyberpunk Gameplay
According to CDPR, each quest in the game is “handcrafted,” including street stories as in The Witcher 3—Geralt’s monster hunting contracts.

Also, in a recent interview, OnMSFT, John Mamais, the head of CD Projekt’s Krakow studio, stated that there would be about 75 street stories gamers can look up to as he explained how they’d work.

“I think there are around 75 street stories. Then there are minor activities as well,” Mamais said. “The street stories are like little quests. There’s a story, but there’s not, like, advanced cinematic storytelling sequences so much. They’re a way to explore the world and level-up your character.

“They’re all custom done. There’s nothing like that’s automatically generated. There are set templates that the guys can use, but each one is customized to make them feel unique. The world’s going to be filled with that stuff. It should feel terrific.”

Total War: Warhammer 2 Receives The Steam Spotlight This Weekend And Is Free To Try Out