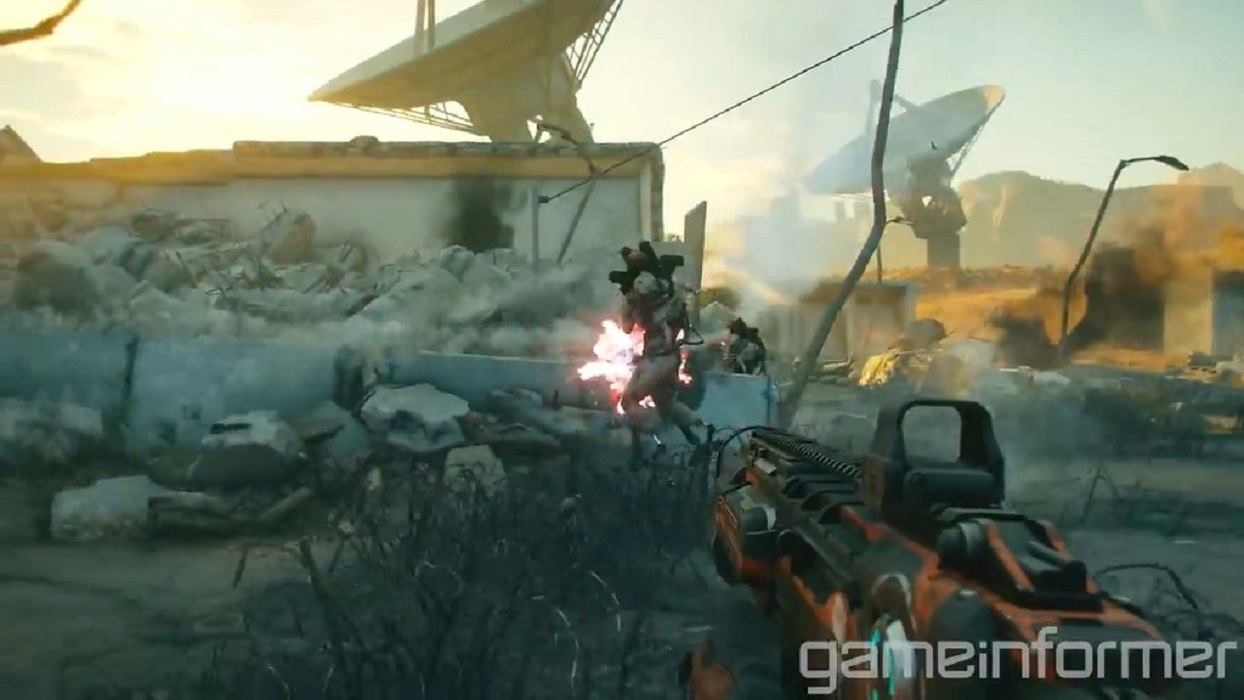 An upcoming open-world RPG that’s getting a lot of attention lately is Rage 2. This sequel being developed by Avalanche Studios and id Software puts you in control of Walker, a ranger who’s set to wander a post-apocalyptic wasteland in search of settlements and a new way of life.

We’ve already seen a little bit of gameplay from Rage 2, which highlights some of the weapons and abilities you’ll be able to take advantage of. The action looks pretty brutal and the aesthetics are so unique.

An 11-minute trailer was just put out, highlighting some more weapons and combat abilities. It would be a mistake not to mention the BFG weapon that’s showcased at the end. Before we get to that, though, it is worth mentioning the vehicle combat.

We see the user in some sort of dune-buggy, which looks a lot like Batman’s vehicle portrayed in the movies. It looks fast, agile, and built for this rugged wasteland. The visuals of the environments as you pass them by look crisp and full of detail.

The shooting looks to be exceptionally fun, and not too difficult when you’re trying to steer at the same time. After taking out some enemy vehicles, we see the user enter an area filled with enemies. He dispatches them effortlessly with an energy-powered gun and some Nanotrite abilities. They kind of resemble Jedi masters using the force in Star Wars games.

We then cut to an epic boss battle. The monster resembles a huge troll, much like the trolls that are depicted in The Lord of The Rings movies. He moves slow but can unleash brutal combinations that drain a lot of your health. The user keeps shooting the boss with semi-powerful weapons.

It’s not until he whips out the BFG 9000 when the tension really starts to build. The footage ends with this behemoth of a gun being fired, apparently blowing the boss to smithereens.

If you’re wondering why the BFG 9000 looks so familiar, it was depicted in the movie Doom. Actor Dwayne Johnson wields it in the movie. This version in Rage 2 looks just as intimidating and even more powerful.

If you aren’t hyped yet after seeing this amazing gameplay footage, you better check your pulse. Rage 2 already seems like an amazing game filled with addicting combat. It’s set to come out on May 14 for Xbox One, PS4, and Windows PC.

If this recent gameplay footage is anything to go off of, Rage 2 is going to be epic.

Dec 6, 2020 Jeremy Green 8530
The Just Cause series is well liked in the action-adventure space. It hits on a lot of great notes, including a wide variety of vehicles to drive...

Apr 16, 2020 Jeremy Green 6230
The hits just keep coming for the Epic Games Store. That's one constant in this world of chaos. This PC platform always offers great titles at no...

Apr 9, 2020 Jeremy Green 6290
Even though the coronavirus has had a massive impact on many industries -- including gaming -- that hasn't stopped those in the gaming community from...