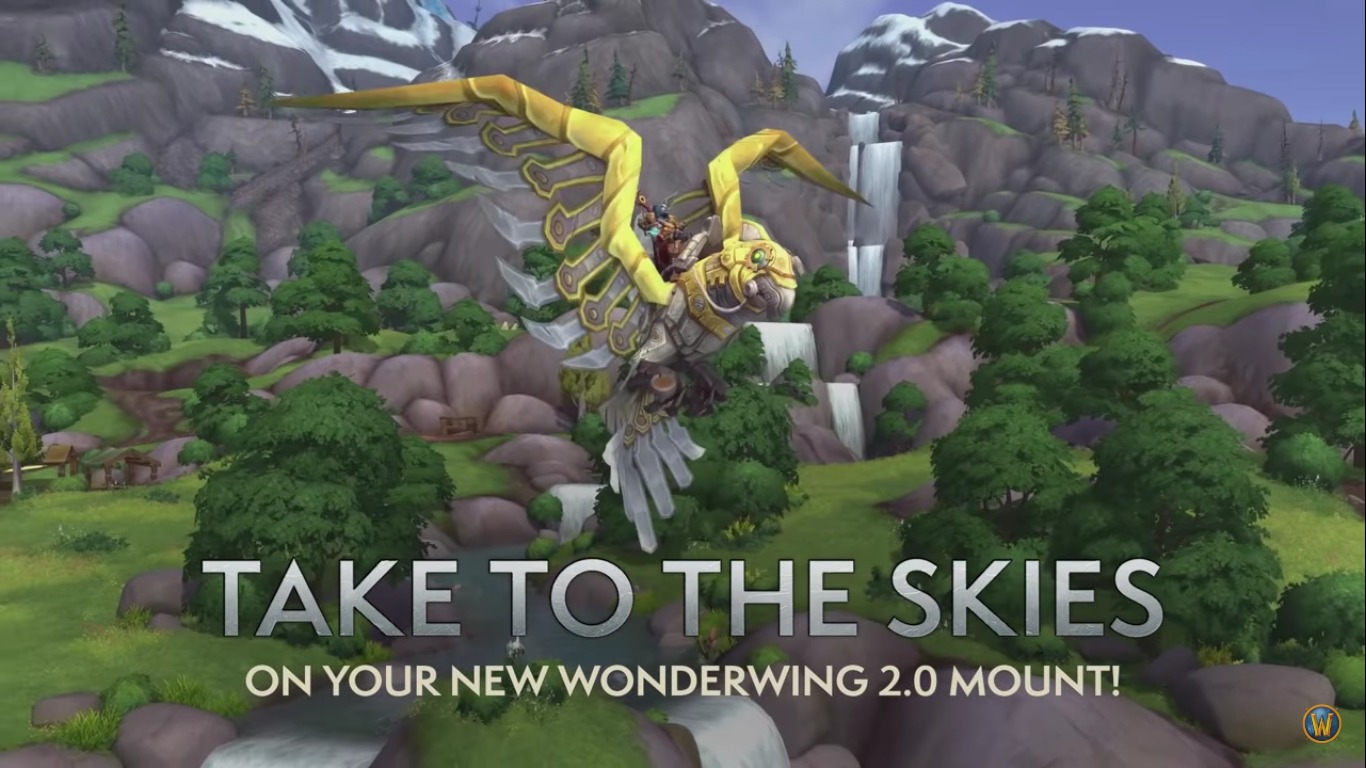 The brand new 8.2 World of Warcraft update Rise of Azshara officially launches soon and amidst all of the cool new things and exciting gameplay, there also comes some very exciting news in Azeroth. When WoW players complete the Battle for Azeroth Pathfinder, Part 2 there is a brand-new, account wide achievement mount that is made available. Players will have the ability to take to the skies with their new Wonderwing 2.0, a shiny new mechanical mount that, with its massive wingspan, will also be able to fly.

Step two depends on which faction you are loyal to, the Horde or the Alliance. If a player is loyal to the Horde faction, they’ll have to earn the reputation level of revered with The Unshackled. In order to earn such a high reputation level, players will have to complete quests given to them by The Unshackled. Completion of the quests from The Unshackled will also result in acquiring new rewards, such as recipes and special essences to enhance your Heart of Azeroth.

If a player is loyal to the Alliance faction, step two is actually pretty similar to step two for the Horde faction. One of the biggest differences being that instead of gaining a revered reputation with The Unshackled, Alliance players will need to accomplish a revered status with Waveblade Ankoan. The same necessary steps of questing for Waveblade Ankoan must be taken to achieve this status, and similar results of gaining new rewards such as recipes and special essences for your Heart of Azeroth apply.

Step three and four are to explore the new and vast land of Mechagon and achieve revered status with Rustbolt Resistance. Rustbolt Resistance is neutral between the Horde and Alliance and reaching revered status is required to complete BofA Pathfinder, 2. The more you explore and quest throughout this new area, more covered pieces on the world map will uncover to reveal the different parts of Mechagon.

Once you’ve completed all their tasks, the last task left to complete BofA Pathfinder, 2 is to explore the new territory of Nazjatar. Again, by questing and adventuring throughout the land to reveal the covered areas on the world map. Only with all of these steps completed may players receive their incredible new mount, the Wonderwing 2.0.

Feb 21, 2021 Kenny Kimberly 6570
Since World of Warcraft: Classic was announced, fans and players have wondered what the next step for the title would be. Given that the title was...