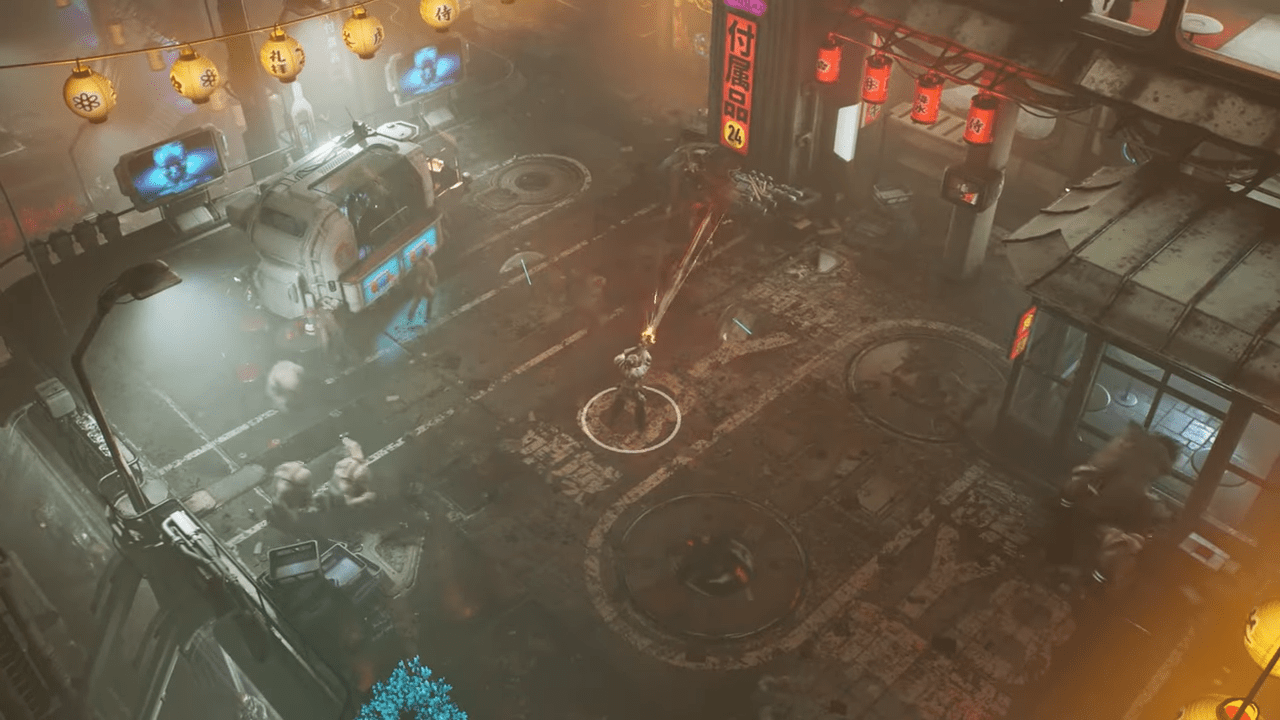 It’s something in the water, bringing about a vast array of cyberpunk titles in 2020 and beyond, although it has been a safe stomping ground for developers of all shapes and sizes. Not that this should necessarily be taken as a complaint; any time we can get a chance to stomp through worlds ruined by corporations, it’s difficult to mark it as anything but a win.

Granted, there’s something to be said when the vast number of cyberpunk titles readily feature corporate shenanigans for the primary reason that humanity has been proverbially dumpstered, and no one else seems too worried about that just yet, but everything is bound to be fine, right?

Vain laughs aside, there was a title yesterday in the Xbox 20/20 that actually did show gameplay, and the gameplay looked fascinating. Almost like the classic Gauntlet meets Borderlands with a flair of cyberpunk and futuristic horror.

The game is called The Ascent, and it brings with it a fantastic mix of twin-stick shooting, squad tactics, cooperative gameplay, looting, and skins. Everything you could possibly want to squander a couple of hours kicking the metaphorical teeth into the face of big business.

And again, that’s hard to note as anything other than a good time.

In a throwback to the era of coal mining towns being the backbone of the industry, the plot has you playing as a worker where your life is owned by The Ascent Group, a massively sprawling corporation that owns the entire city that you’re about to shred apart with whatever you can find.

The Ascent Group suddenly shuts down, leaving everyone who resides in the metropolis to fend for themselves as rival corporations are trying to grab what they can, and criminal groups are using the mayhem to seize the relative means of production.

The title wavers between RPG and twin-stick shooter, pitting you against sizeable enemies looking to remove your head from its ever-precarious perch; if you can take them down, you have an opportunity to loot whatever shiny trinkets that may be in their pockets.

It’s this consistent balance of risk versus reward that will guide players across an open world filled with the standard RPG staples; quests, NPCs, shops, and vast quantities of loot.

You won’t have to wait too long to get your hands on it either, although the release date isn’t yet necessarily set in stone; it’s scheduled to release sometime in 2020 on both Steam and Xbox. Until then, keep bottling up your anger as the plebians take the brunt of the damage during this pandemic.

Dec 1, 2020 Harry Alston 6980
Version 1.1 is now available in Genshin Impact, with the introduction of brand new story content, quests, and new characters to discover. 1.1 is now...

Nov 24, 2020 Harry Alston 21270
Since the ever-so-slightly rocky start for Guerilla Game's Horizon Zero Dawn on PC, the team has made several leap forwards with consistent upgrades...

Oct 12, 2020 Harry Alston 12580
Torchlight 3 is out this week - officially - on consoles and PC. It has been available on Steam in early access since June, and the reviews so far...