Mysterious Portals Have Showed Up In Fortnite; Could Signify A Future Stranger Things Crossover Event 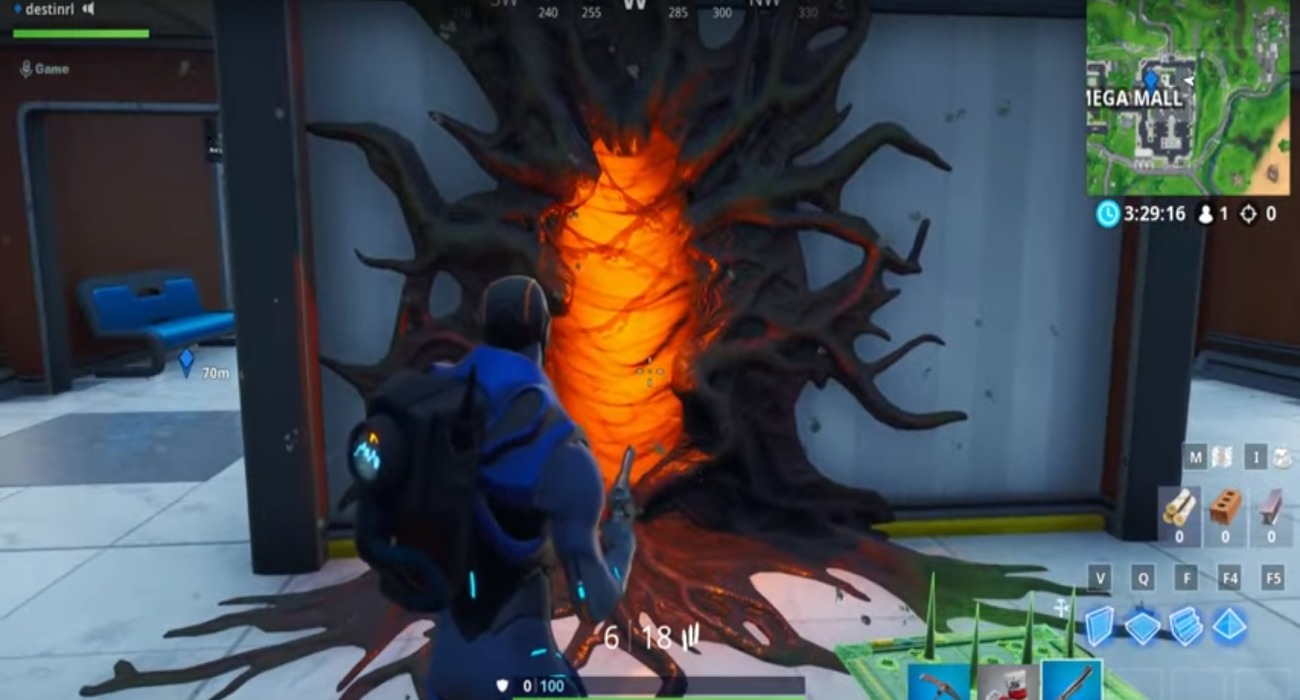 Fortnite is a battle royale game that’s accustomed to getting updates. It’s the reason why it has dominated the video game market for as long as it has. Players always have fresh content to look forward to, whether it’s in the form of new weapons or costumes. We’re now approaching its two-year anniversary, and even still, it’s one of the better free games you can find right now.

A recent update that’s certainly throwing players for a loop is the introduction of mysterious portals. They have been included in Fortnite’s Mega Mall. According to many critics, reviewers, and gamers, these portals are tied closely to Stranger Things — one of the most popular Netflix TV series to ever hit the platform.

Judging by the portal’s aesthetics, these rumors probably are true. They look just like the portals leading to the Upside Down world in Stranger Things. Only, these portals act as a way to move about the mall in Fortnite. If Epic Games took the approach of intentionally being tied to Stranger Things, it’s a brilliant move for both parties.

Season three of Stranger Things is just about to hit Netflix. It officially releases on July 4th, an appropriate date considering families will all be together to celebrate this holiday. The addition of these portals hypes the series, making gamers want to check it out if they haven’t already.

What’s even more promising is the possibility of a Stranger Things crossover event. We’ve already seen this happen twice in the past with John Wick and the Avengers. It would make sense that Epic Games would take this route, quite honestly. It gives players just another reason to keep playing Fortnite or perhaps pick it up for the first time.

This crossover event could feature all sorts of things. For example, it would be great to see the monsters heavily featured in the Upside Down world make an appearance in the game. They could act as enemies you have to stay mindful of in addition to your opponents. Or, Epic Games could introduce similar characters to the mode, sporting the same outfits and names. It would be even more amazing to see the Upside Down world depicted in this mode in some capacity.

Either way, fans of Fortnite and this Netflix series are buzzing about the possibilities. For now, we’ll just have to stay tuned and see what the creatives decide to do.

Want To Get A 32'' MSI Freesync Gaming Monitor? Now’s Your Chance With The $100 Discount From Amazon