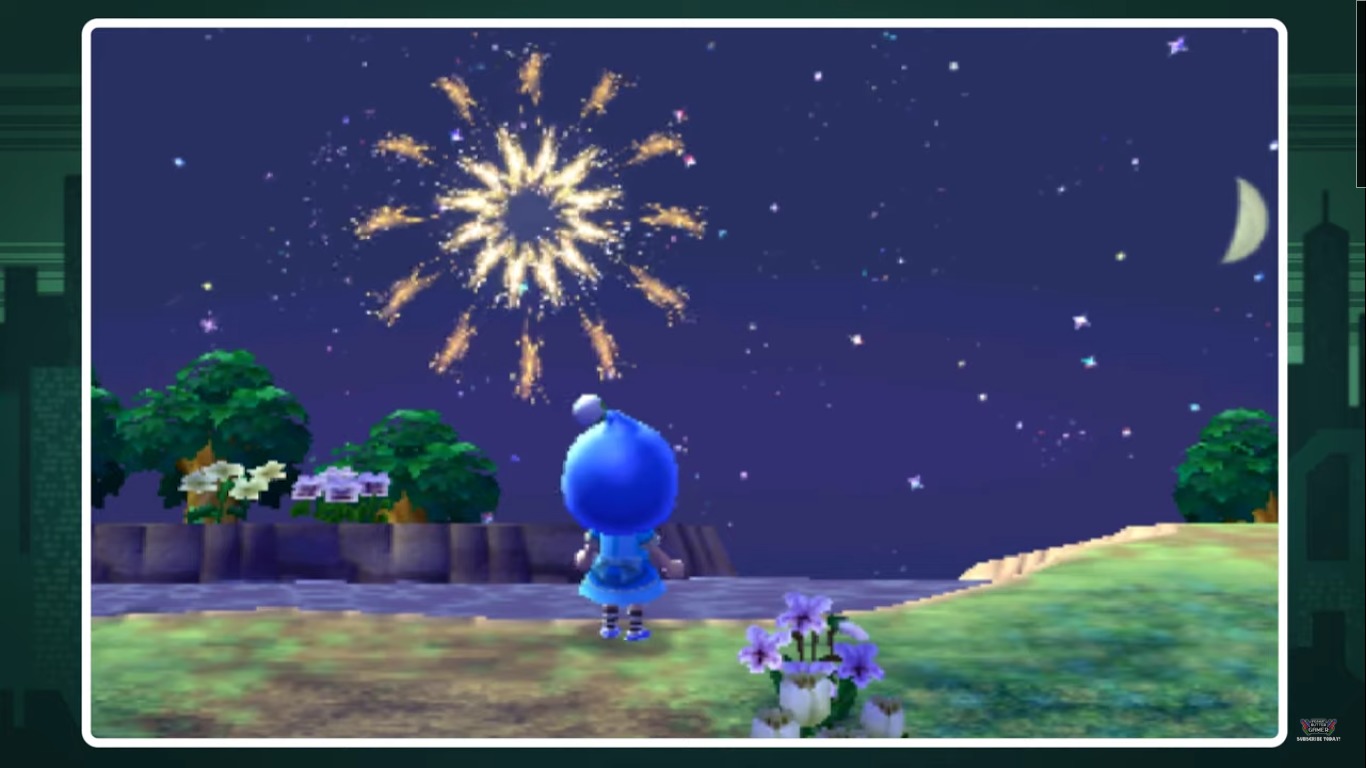 If you’ve ever sat down and played any of the timeless games of Animal Crossing then you’re probably already aware that the games are based in real-time. Daylight, nightfall, holidays, and events in the game all come with the ability to be set to whichever time zone the player is currently in. Animal Crossing does a pretty good job of holding interesting events for each holiday and holding unique happening that only occurs during that particular celebration.

On the Nintendo 3DS in Animal Crossing: New Leaf players can experience the Firework Show at 7:00 pm on every Sunday for the entire month of August. There will be some unique content for the event too.

The in-game character Isabelle hosts the Firework Show in the Plaza near the Town Hall and if the player speaks to her at any time before the Firework Show she will ask them if they have any special, custom firework designs that they would like to have light up the sky during the show.

If you happen to have a Nintendo Wii; you can take part in the celebration with Animal Crossing: City Folk. The Firework Show in City Folk is overall pretty similar to that in New Leaf, however, instead of happening every Sunday in August, players can expect the Firework Show to happen every Saturday at 7:00 pm in August. Players will see the Firework Show announced in the game about a week prior to the event.

Crazy Redd will have a cookie stand set up somewhere near the event. The fortunes inside these cookies can be traded to Crazy Redd for a prize as long as the player turns them in by the end of the night.

Keep an eye on your town bulletin boards in your Animal Crossing games for exactly when the Fireworks Festival begins.