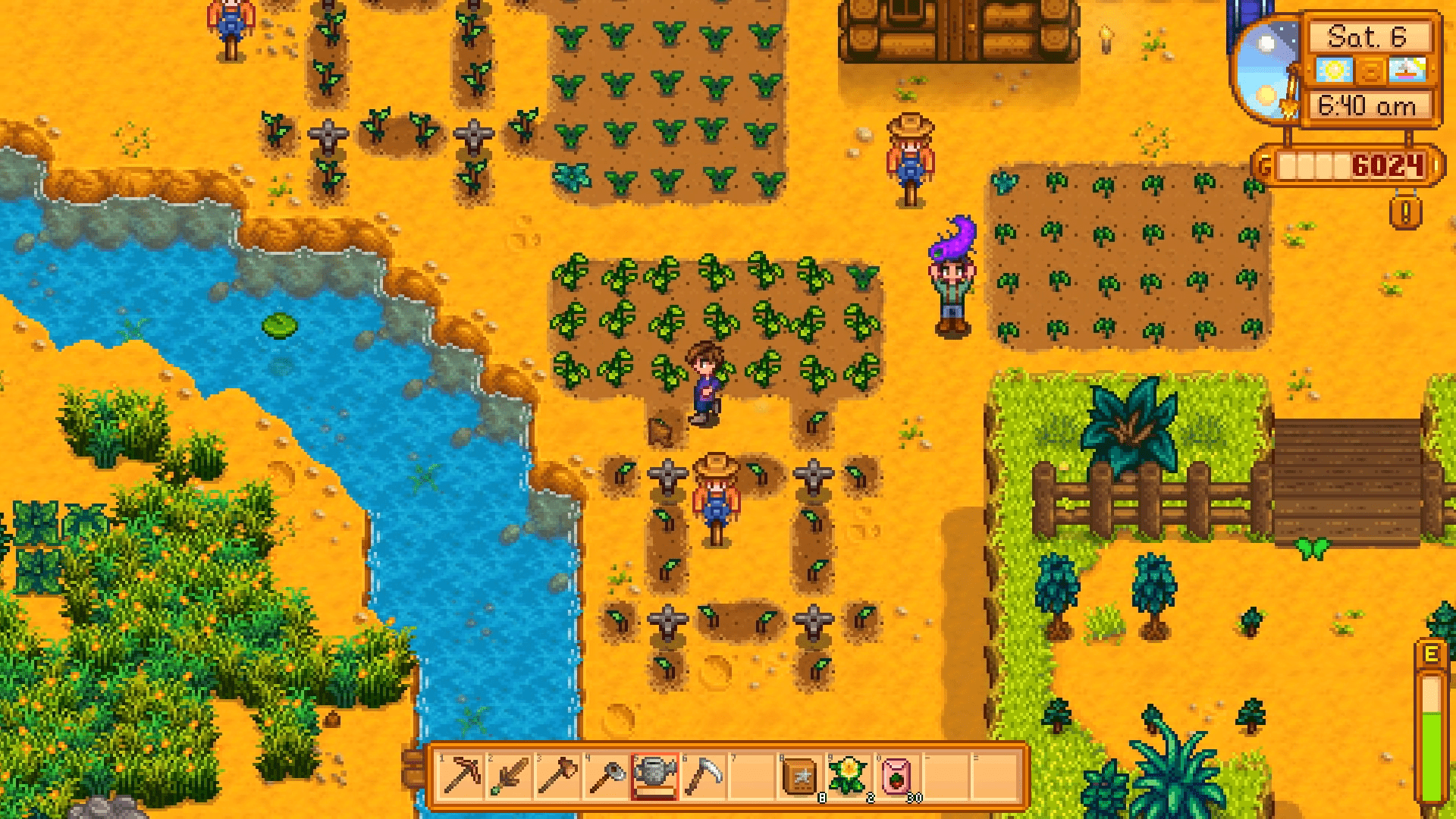 Stardew Valley is a popular farming simulator and is the result of a passion project by indie game developer ConcernedApe. The game has won the hearts of fans by taking the nostalgia for popular farming sims of the past and adding features that feel as if they should have been there from the beginning.

One such feature is the planned inclusion of multiplayer for Xbox One and PS4 consoles. The PC and Nintendo Switch iterations of the game already had multiplayer available months ago, and as such console users were starting to get antsy. The developer ConcernedApe seemed to alleviate fan concerns via Twitter back in April of this year when he stated,

“Hi everyone, quick update on what’s going on: Most important is still the PS4/Xbox MP update. Couple of technical roadblocks delayed those but they are in Quality Assurance phase now. My estimate is that they will be out next month. Will share more definite info as soon as I know.”

Months past after this, with his social media pages going completely radio silent on the matter. Others on the social media platform were quick to point out that features in the Quality Assurance phase should only take a couple of weeks to release, not several months.

Today on July 2nd, ConcernedApe tweeted yet another update regarding PS4 and Xbox One multiplayer, finally answering the prayers of anxious gamers. His tweet shows that the multiplayer update is in the certification stage, with only a few minor fixes before they are able to be released to the public. He also gives valuable insight into the future of the game within that same comment thread.

Hi everyone, I want to apologize for not being more frequent w/ updates about the state of the console multiplayer. XBOX/PS4 are both in certification, I've been told there are just a few fixes and then they can release. Please let me know if I can answer any of your questions

One user asks about the possibility of local split-screen multiplayer. The developer responds, saying that he believes such an update would be very difficult given the way the coding for the game was handled, but that he will at least look into making it a reality.

He also lets everyone know that he still cannot give out an exact date for the multiplayer update, but expects it will take a couple of weeks from this state. For those who have had to wait this long, the couple of weeks estimate seems trivial in comparison.

Given how long Xbox and PlayStation users have had to wait for updates compared to their counterparts, many have asked if the update following multiplayer, 1.14, will be released simultaneously for all users. He responds that it will be his goal for the future to make sure all console platforms receive updates at the same time, but that PC will likely see changes to the game a bit earlier.

Dec 24, 2020 Seb Bates 9570
Fans of the farming simulator game Stardew Valley have been looking forward to game update 1.5 for quite a while. The game’s creator ConcernedApe...

Dec 21, 2020 Harry Alston 11240
The 1.5 update for Stardew Valley might be just around the corner and ConcernedApe, the developer of the game, has shared some interesting new...

Dec 18, 2020 Chris Miller 8570
If you haven't stepped into the idyllic world of Stardew Valley with amusing corporate overtones threatening the destruction of the classic life of...