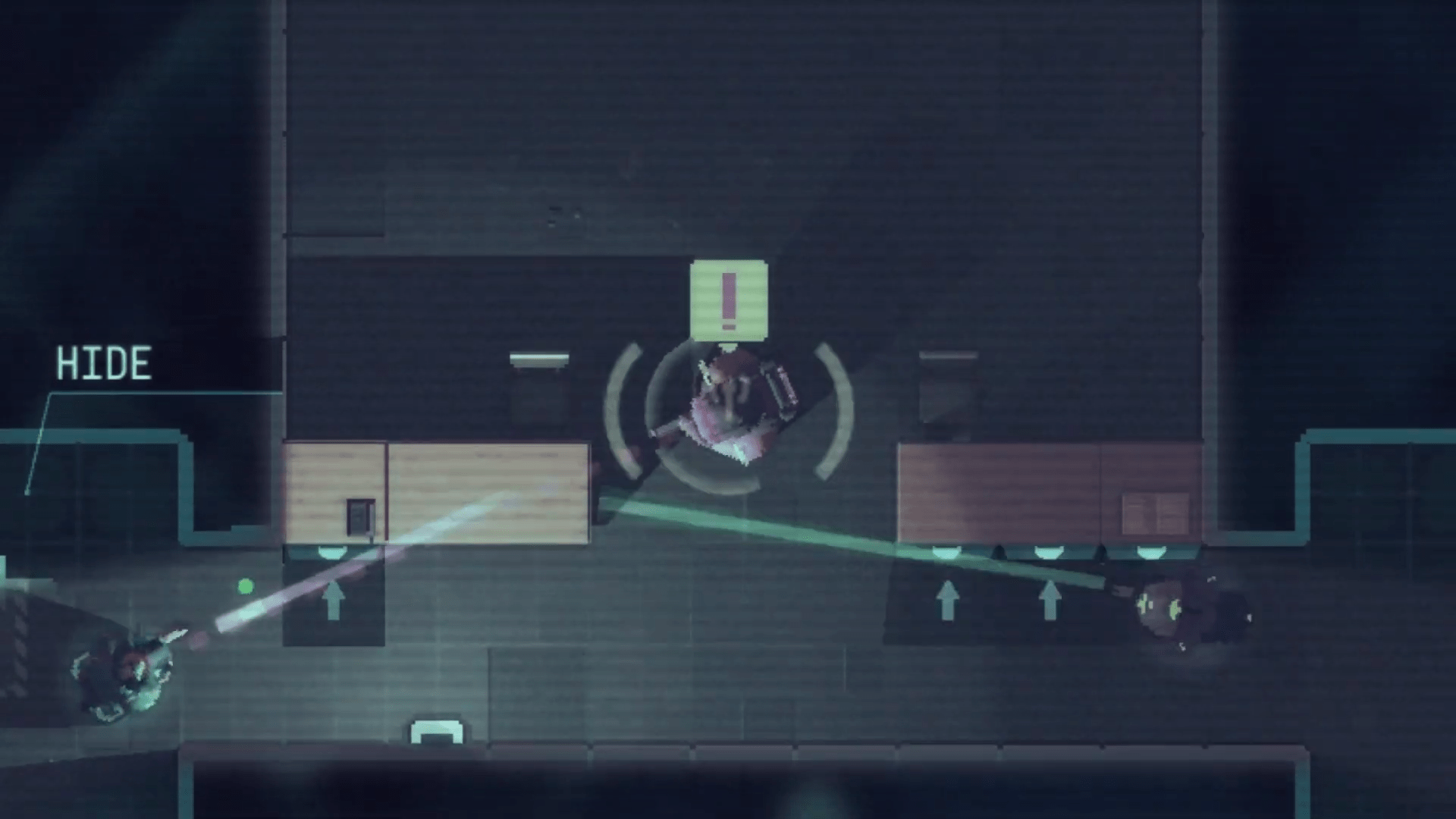 One thing that all rogue-likes tend to have in common is that they are action-packed adventures focused on combat and slaying enemies. Signal Decay, however, is an upcoming rogue-like stealth game by solo indie developer Zack Zhang. Inspired by the strategy and stealth gameplay of titles like XCOM, Monaco, and the Metal Gear franchise, Signal Decay is a unique co-op experience with teamwork at its core.

The game is set in the future in an alternate version of Earth, where an organization known as the Broadcasters has taken over society through brainwashing and hypnotizing humanity. You and your team have been summoned by a strange signal to fight back against the Broadcasters and save the world. To do so, you’ll have to use your wits and a variety of gear to infiltrate enemy strongholds and destroy their broadcasting equipment.

Rogue-likes are well-known for having procedurally generated levels, and Signal Decay is no different. The enemy based that you’ll be sneaking into are all randomized, leading to near-endless replayability and unique challenges every time you take on a mission. While you can play alone by utilizing special abilities to help get you through, Zhang has developed the game with three-player co-op in mind.

You and up to two friends can tackle bases together, helping each other create distractions, place traps, and eliminate the enemy. As you progress through levels, collecting resources and experience, you’ll be able to upgrade your weapons and equipment. The game has everything from shotguns for close-quarters combat, to mines for luring unsuspecting victims to their doom. There’s even the classic cardboard box to hide in, popping out at the last second to surprise the enemy.

In between missions, you’ll also have to deal with time management, and choosing the right mission to go is important. You’ll guide “an invisible airship” across a world map to each new area, all the while dealing with a real-time clock and an ever-increasing enemy threat. Completing missions not only gets you rewards and helps you save the world, it also makes the enemy more aware of your presence. Combine the threat of running out of time with also having to research tech in order to upgrade your gear, and you’re in for a tense ride.

So far, Signal Decay is shaping up to be a very interesting entry in the rogue-like genre. After five years, the game is finally set to enter early access on Steam on September 20. So gather some friends, strap on the night-vision goggles, and get to work saving the world.

The Fun Cooking Simulator Overcooked Is Now A Low $5.09 Thanks To PlayStation's September Sales