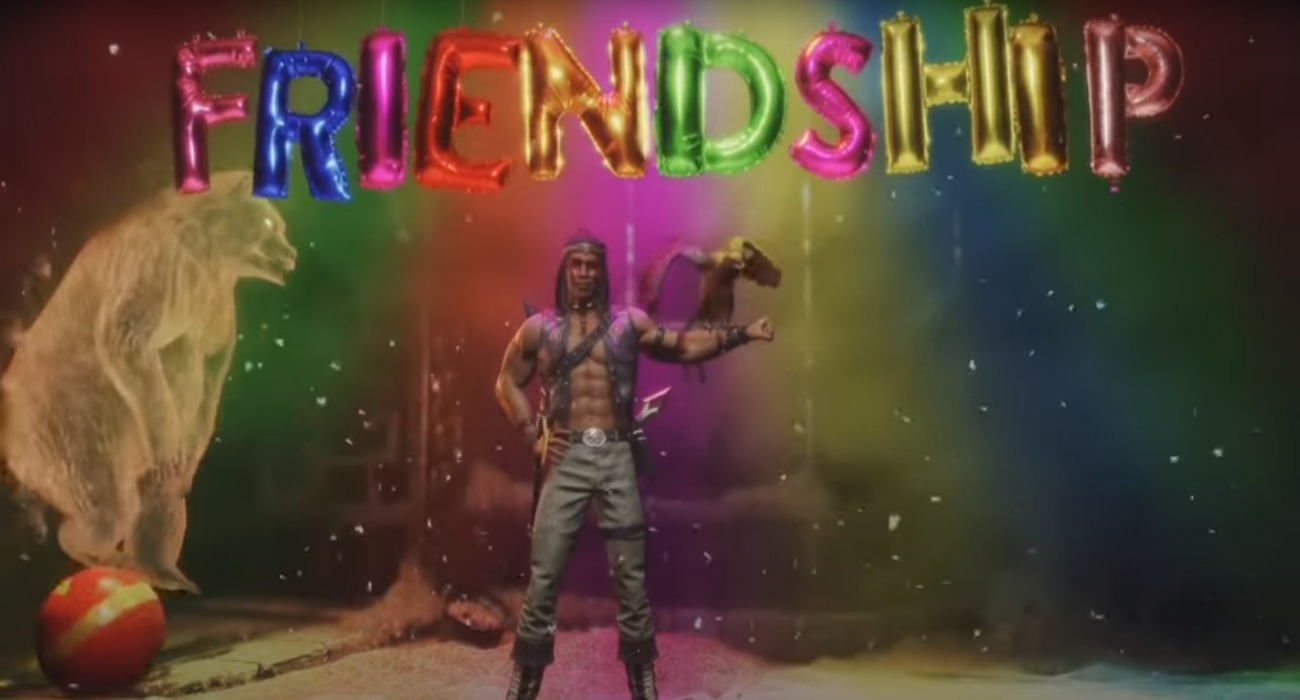 Mortal Kombat 11 hasn’t been out for very long and yet, it’s already receiving its first story expansion titled Aftermath. A lot of dramatic events have transpired throughout these past couple of installments, and it’s great to see NetherRealm Studios picking up the story right away.

In addition to new story content, Aftermath is adding new characters and new fatalities. That includes Friendships. That’s right. These more humorous fatalities were extremely popular in the older gamers, featuring the softer side of Mortal Kombat’s finest.

Each Friendship is unique. It’s clear the developer was looking to go in a more humorous direction with them. Raiden is shown dancing to some sort of light show, Sub Zero is dealing out ice cream via a cart, Scorpion reels in a giant teddy bear, and Sonya Blade is taking selfies like a teenager.

These Friendships are absolutely hilarious and are a great way to finish an opponent off after beating them from pillar to post. It’s important to note that these new moves won’t cost MK 11 players a dime.

Rather, they’ll be completely free when Aftermath officially rolls out on May 26. That’s next week and judging by the community’s feedback, they’re excited to test out these new Friendships in real time.

They’re just another reason why the Mortal Kombat series has never been hotter. NetherRealm Studios has done an amazing job at giving their loyal fans boatloads of content. It doesn’t seem like they plan on stopping heading further into 2020 either.

If you haven’t yet experienced the greatness that is MK 11, now’s a great time. In addition to a huge list of playable characters and brutal fatalities, you’ll get to experience a thrilling story and compete head to head with others online.

You would be hard-pressed to find a more well-rounded fighting game. Every installment is better than the next, which bodes well for this fighting franchise moving forward. There are still a lot of things the developer can do as far as exploring the franchise’s lore in greater detail too.

Until the next installment, MK 11 fans can look forward to more epic experiences and new moves to test out against friends and heated rivals. Friendships are certainly an amazing addition and a great way to change up the pace from the brutal finishers that players have come to know and expect.

Sep 24, 2022 Michael Gunn 420
One of the gruesome fighting game's co-creators has provided a glance at the initial artwork of the iconic dragon emblem, which they have shared with...