The Last of Us Part 2 has steadily gained buzz as we approach its May 29th release date. Many gamers are excited to revisit their favorite zombie-killing duo, Joel and Ellie.

Like most anticipated games like this, we’ve been treated to some announcements and trailers. Some have been of the cinematic variety and others have given us a better look at gameplay. Probably the most in-depth look we’ve seen thus far is some footage from the demo.

The demo footage lasts quite a bit longer than trailers that have come out previously. So, if you’ve wondered what this amazing sequel will be like and how the developers at Naughty Dog were able to innovative the series, it’s definitely worth a watch.

We start out in some sort of abandoned building. Ellie is trying to remain stealthy as there are Clickers scattered throughout the area. You might remember them from the original. They are blind and rely on sounds to attack. Thus, you have to be quiet as to not draw their attention.

Ellie uses a bottle to direct one to a new direction and them pumps it with a perfectly timed shotgun shell. Already, it feels like we’re picking up right where the original left off. Ellie has inner dialogue with herself, and it’s worth mentioning the fabulous voice-acting. It’s clear Ellie is older and more mature in her approach to the zombie apocalypse.

The environments look beautifully rendered, which comes as no surprise. However, it does seem like this sequel is more open. There are plenty of places to hide as you determine what sort of approach you’re going to take with the enemies nearby.

Ellie in the gameplay demo has already collected a bunch of weapons. There are multiple slots filled up in her inventory. One of the weapons that stands out the most is her bow and arrow. It’s the perfect weapon to use for mid to long-range attacks while trying to keep noise to a minimal.

Ellie is shown using it at enemies on roof tops and far away, and even though she fires off a couple of shots, her enemies are none the wiser. We then see Ellie with some brutal melee-based kills. It seems like the perfect approach to taking out enemies without wasting a bunch of ammunition.

Sep 19, 2022 Tom Lee 560
Many lost remnants of the planet and the last 20 years following the outbreak of the Cordyceps Brain Infection can be found across The Last of Us...

Sep 12, 2022 Tom Lee 1720
In the Last of Us: Part 1 player came upon an odd glitch that produced an unrealistically massive pool of blood after Joel killed an adversary. The... 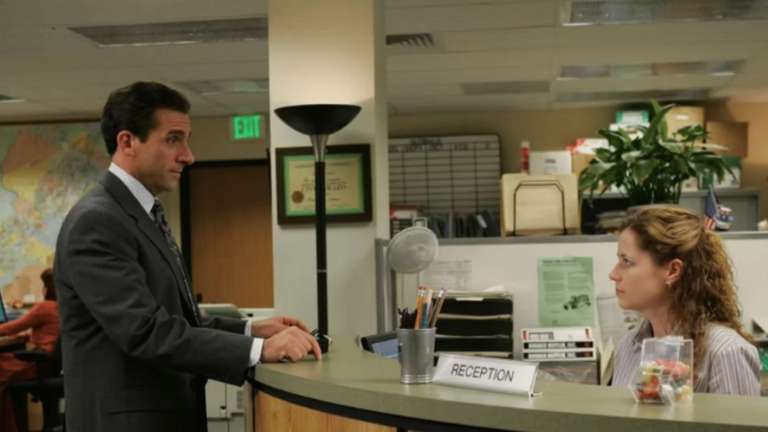 Sep 12, 2022 Michael Gunn 1000
The Last of Us Part 1 and NBC's The Office appear to have merged into one bizarre mash-up that no one asked for. The Naughty Dog remake features an...