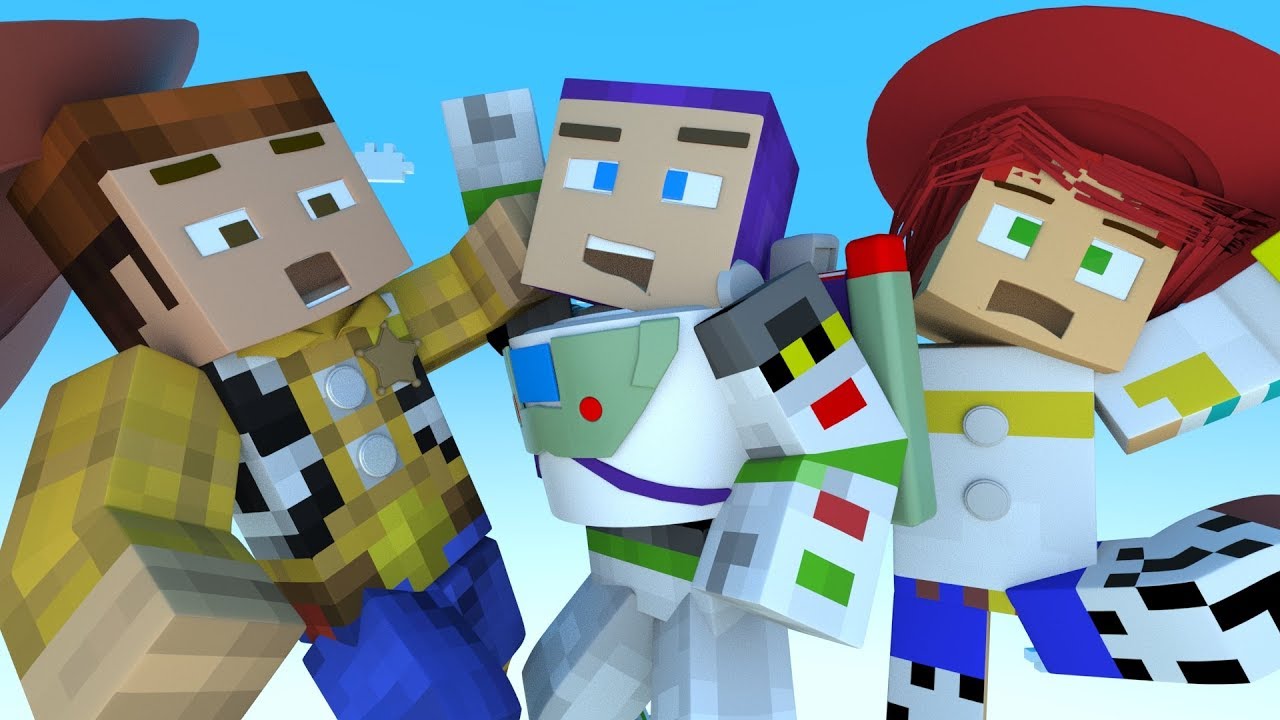 Toy Story is the latest mashup pack being released for Minecraft. You can play as the iconic characters from Pixar’s Toy Story series while you mine tunnels and farm your favorite foods. The pack is adding a number of character skins including Woody, Buzz, and Bo Peep. There are also new characters being added such as Keanu Reeve’s Duke Caboom and Ducky & Bunny.

New locations are also being added to the game which will include Andy’s bright and happy filled bedroom and Sid’s dark gloomy spooky room of horror. Everything has been scaled to be seen from a toy perspective giving a new spin on Minecraft’s traditional feel. You will have to climb, jump, and run across massive rooms that become harder to transverse when a toy.

This is only the latest franchise to join the Minecraft mash-up lineup. The Simpsons, Nightmare Before Christmas, Star Wars, and Doctor Who are all available as well on all platforms. Mixing the storytelling potential of Minecraft with fans favorite TV and Movie characters, the developers automatically increase the longevity of the game. It is a beautiful sight to see.

Minecraft is celebrating its ten years, and many updates have been coming across the servers. With 1.14 being released last April it is good to see more skins rolling out showing the relevance of the game even tho it has aged. With the popularity of Keanu Reeves on the rise, it is smart for the development team at Mojang to include a character voiced by Keanu Reeves.

The 1.14.3 update has hit Java as well and will be making many players lives easier. A whole list of bugs have been repaired, and the overall performance of the game has increased. Both the new version for Windows 10 and the original Java build are still receiving updates and patches keeping them hand in hand for the future. Skins transfer over from Java and Windows easily allowing purchases to be safe no matter which mode you are playing.

Minecraft has come a long way from its original build. Gaining character licenses from Disney is no easy feat, and Mojang has done it more than once. With a competent development team and an active community, Minecraft is looking forward to a wonderful future and a possible ten additional years of performance.

The Toy Story Mash-Up Pack is available on Xbox and PC for $8. This is the standard price for most skin packs based on pop culture icons, and although it is new, Mojang is not going to inflate the price.

Sep 21, 2022 Tom Lee 810
Over the years, Minecraft has partnered with a lot of firms to provide a wide range of snacks and meals, and soon there will even be ice creams...

Sep 6, 2022 Tom Lee 3060
One fan recently combined the worlds of Minecraft and Pokemon by giving different mobs different kinds. There are many other animals and creatures in...

Aug 29, 2022 Tom Lee 1040
Players in Minecraft have access to a wide range of resources, including glass, wood, bamboo, and other materials, to create various objects. Because...