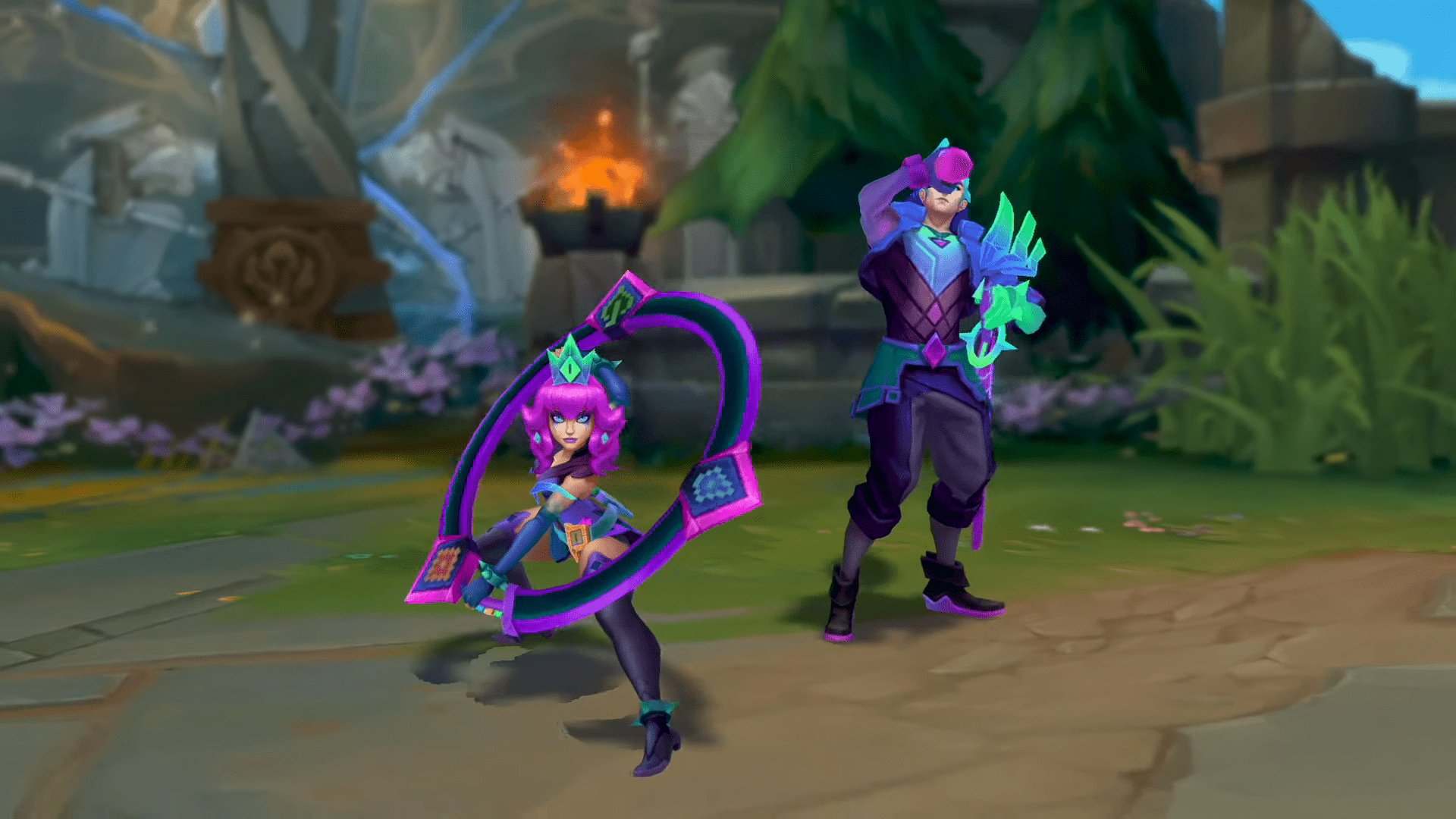 Along with a new champion and game mode, League of Legends is hosting Arcade 2019: ULTRACOMBO, an Arcade-themed event featuring brand new skins and missions to unlock special loot.

Upcoming AD assassin, Qiyana, will be released with a Battle Boss skin that grants her bubblegum-pink hair and stunning animations to match her element-based kit.

Alongside her will be Battle Boss Yasuo, who looks equally incredible with flashy splash-art and bright, digitalized abilities to match.

Two marksmen will be granted new skins during the event as well, with Arcade Kai’sa and Arcade Caitlyn hitting the Rift with vibrant colors, exciting new sound effects, and neon particle changes.

Since then, Riot Games has added a variety of other skins to the list, focusing primarily on a mix of Arcade Heroes versus Arcade Bosses.

At the end of this year’s Arcade video trailer, two new skins made an appearance for Demacia Vice Garen and Demacia Vice Lucian. Demacia Vice is meant to be a game played by Arcade Ahri, and these are the first of these skin types to join the Arcade line.

All of the 2019 Arcade skins are listed as Epic and will be available for 1350 RP each.

In addition to new skins, the event will also feature the Arcade 2019 Pass, which can be purchased to gain a special icon, orbs, bonus Arcade tokens, which can be used to unlock special loot, and the chance to earn even more from playing games.

Without purchasing the pass, players can expect to earn 300 tokens from the event. With the pass, they can gain much more, which will unlock “milestone missions that award up to 25 Prestige Points”, according to the official event page.

Arcade Tokens can be spent to unlock chromas, borders, icons, emotes, ward skins, and special orbs that can unlock a skin shard and potential extras. Arcade Orbs can also be purchased directly from the shop for 250 RP each, or in bundle deals.

Players who purchase Arcade Caitlyn should also be on the lookout for the Prestige edition of the skin, which will be unlockable with 2000 Tokens and requires purchasing the Arcade Pass to redeem.

With a system that grants tokens based on winning and losing games on Summoner’s Rift and Howling Abyss, players can quickly gain enough to grab up as much as they can from the shop throughout the next month.

The Arcade event will hit live servers on June 28th and last until July 29th, so expect to see a lot of colorful gameplay on the Rift this summer.

World of Warcraft Rise of Azshara Is Now Live, Second Update For Battle for Azeroth