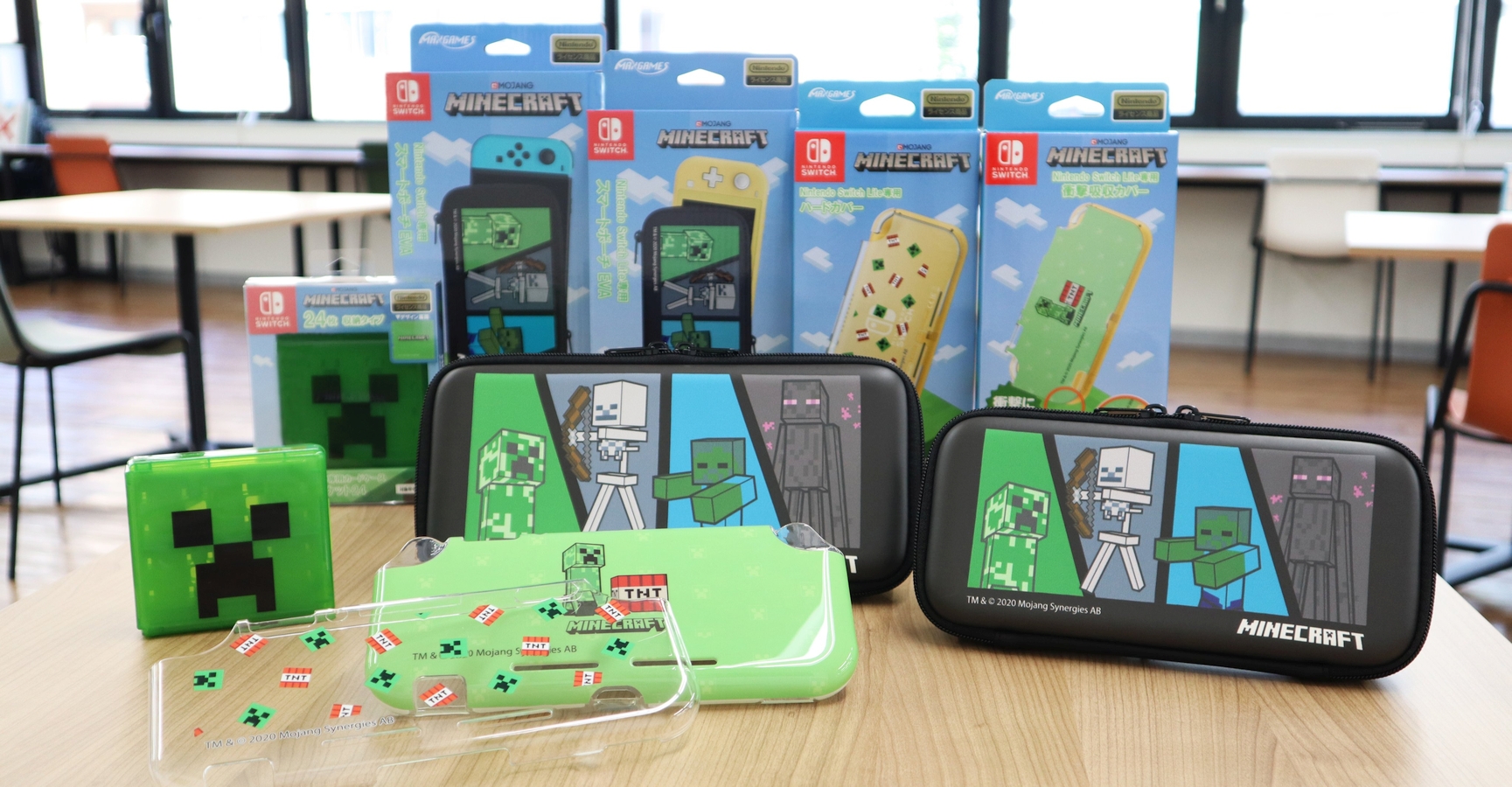 Japanese-based Max Games has revealed several Minecraft-themed accessories for the Nintendo Switch. The items are officially licensed products that are compatible with the Nintendo Switch and Switch Lite. The reveal was made shortly after multiple Minecraft characters were confirmed as Super Smash Bros. Ultimate DLC later this month.

The first revealed item is a soft-shell zipper pouch. The exterior of the pouch contains cartoon illustrations of a Creeper, Skeleton, Zombie, and Enderman. The artwork doesn’t use the 3D block graphics of the game, but 2D art. A regular-sized Nintendo Switch fits snugly inside the case. When the case is open, there is extra padding that goes on top of the screen for additional protection, but there is also room for three cartridges on top. The case is available for the Switch Lite as well.

The next item is a square case that holds 24 Nintendo switch cartridges. The case displays a Creeper’s face and is in the same shade of green as the creature. The case contains two interior hard plastic pages to hold the cartridges in place, so they won’t move while traveling.

This case is similar in appearance to the Creeper case previously released by Adventure Games. However, the older version only stores 12 cartridges using form-fitting rubber slots. The case also has some 3D elements, while the version by Max Games is printed on the plastic. The Adventure Games version may be a more easily accessible version for players living outside of Japan.

Max Games is also offering hardcover cases for those seeking additional protection. One of the hardcovers includes a backshell for the Switch Lite. The shell is clear except for a pattern featuring Creepers and TNT. The patterns will match with any of the current Switch Lite consoles available.

The items were released at the perfect time for Minecraft fans anxiously awaiting the addition of the Minecraft DLC characters for Super Smash Bros. Ultimate. While Minecraft was added in June 2018, fans continue to enjoy the title on various platforms.

However, there aren’t as many Minecraft-themed official cases and accessories available. One of the only other options is the PowerA Nintendo Switch cover. The item is slightly more difficult to find now, especially if trying to purchase from popular retailers.

International Minecraft fans can purchase the items by making an account through Amazon Japan. The store will still ship certain items internationally, but there is an additional cost compared to ordering within the company.

What Time Does FIFA 21 Release In Early Access? Time, Date And When You Can Start Playing 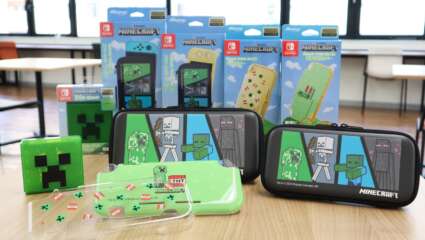