Kirby Will Turn Into A Block If He Inhales Steve Or Alex From Minecraft In Super Smash Bros. Ultimate DLC 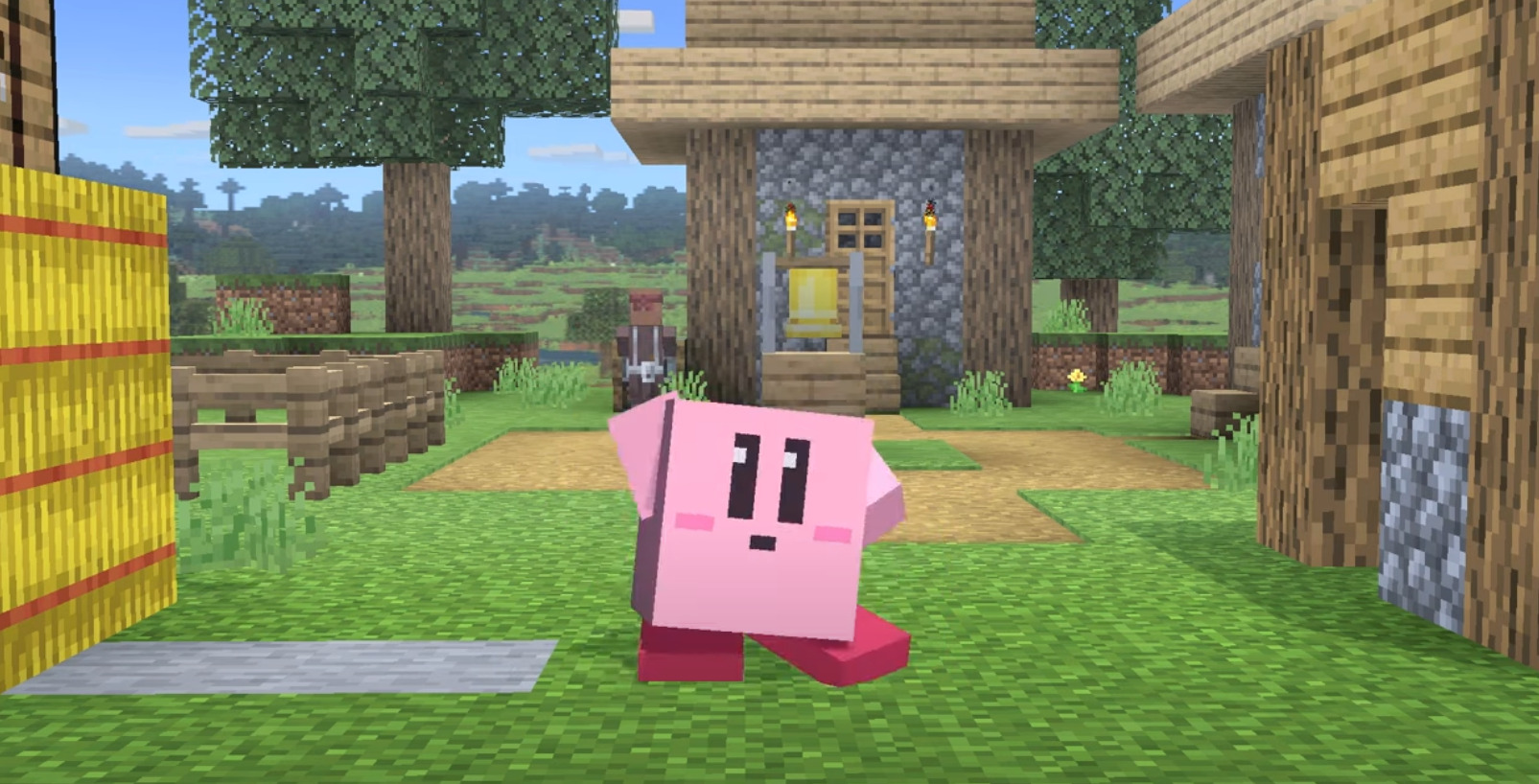 Recently, Nintendo legend Masahiro Sakurai revealed that the latest characters to be joining the battle in Super Smash Bros. Ultimate are Steve and Alex from the popular game Minecraft.

Mr. Sakurai hosted a Nintendo Direct event recently, focusing on the Minecraft duo’s combat abilities, including special moves. An entertaining number of Minecraft specific references were added in with these characters, including Steve and Alex creating a bed whenever an attack puts them to sleep.

One of the more amusing and, frankly, awesome developments around this DLC is that Kirby will have a Minecraft-like transformation if he devours either Steve or Alex. After absorbing their powers, Kirby will take on a blocky Minecraft appearance, which looks absolutely amazing.

We have not yet learned what abilities Kirby will have in this new form, but there appear to be a number of awesome powers to choose from. Steve and Alex have the ability to spawn blocks of TNT, summon minecarts, and even create blocks that they can use as platforms.

The video released today only showed Kirby’s physical appearance after absorbing the Minecraft duo, but it did not go into specifics on what powers he’s going to be inheriting.

Kirby’s ability to absorb the powers of his foes makes him one of the more fun and versatile characters on the extensive Smash Bros. Roster. We’ve seem him use Cloud’s iconic Buster Sword from Final Fantasy VII, Bayonetta’s Guns, Mario’s Fireballs, and Captain Falcon’s explosive Falcon Punch. He can even do the Hadoken from Street Fighter if he absorbs Ryu or Ken. That’s one of the most iconic moves in the history of the fighting game genre.

An entire game has been built around Kirby’s absorption ability. Kirby Fighters 2 just released digitally on the Nintendo Switch. It’s basically Super Smash Bros. if every character happened to be Kirby. There are 17 different Kirbys, and all of them come with a different power that you can absorb. The game also features a few familiar faces like Meta Knight and King Dedede.

Steve and Alex from Minecraft will be joining the battle on Super Smash Bros. Ultimate on October 14.