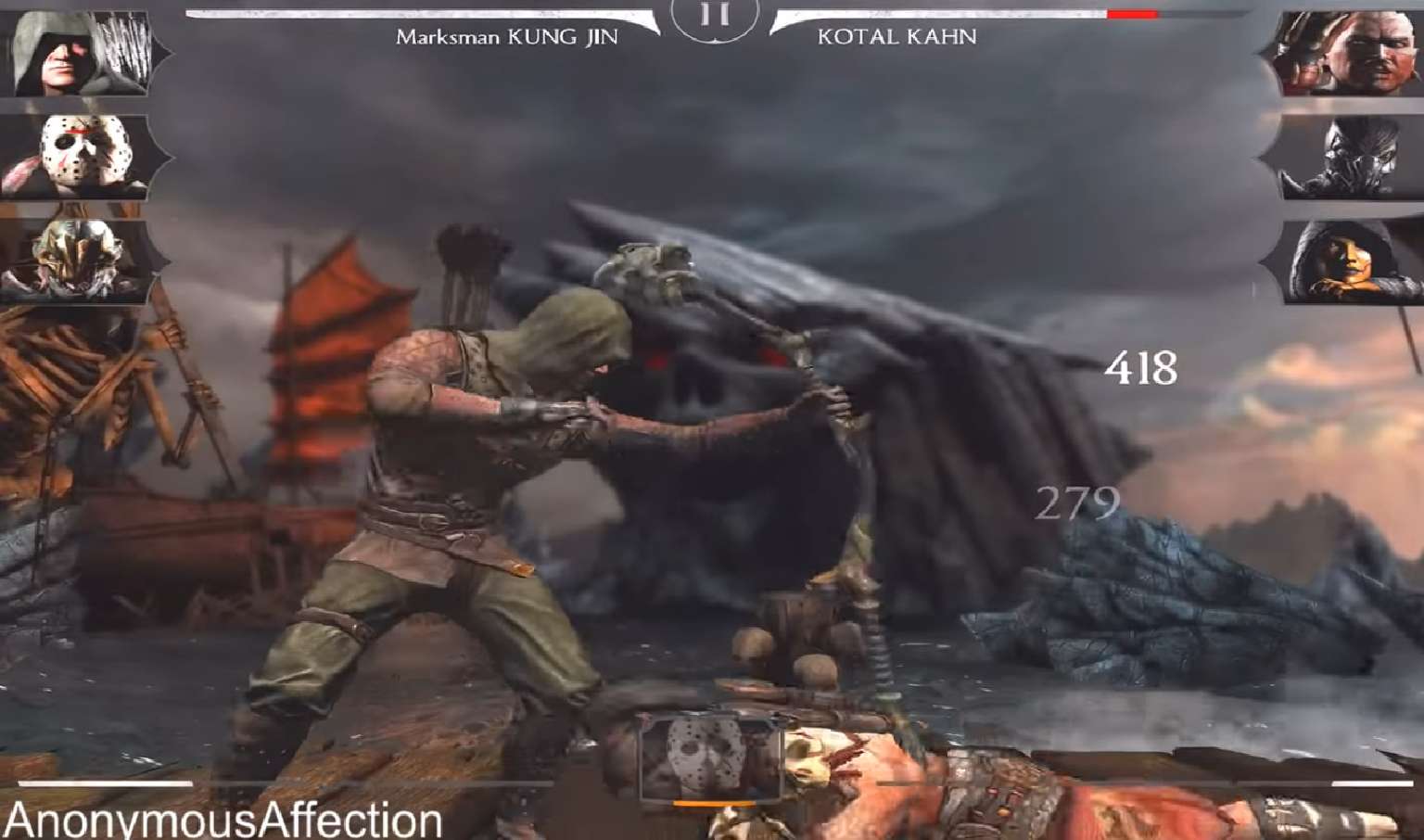 Kung Jin is one of the new generation characters from Mortal Kombat X, existing only in the Netherrealm timeline. He was introduced as the cousin of series stable Kung Lao, though this was retconned at being his nephew in Mortal Kombat 11. He was introduced as part of the special team created by Johnny Cage, which is affectionately known as the “Kombat Kids” by fans.

Kung Jin’s backstory is that he tried to steal a statue from Raiden’s sky temple of his cousin Kung Lao, who had died and been turned into a Revenant by Quan Chi at the end of Mortal Kombat 9.  This statue had been given to Raiden by Kung Jin’s family to honor Kung Lao’s sacrifice for Earth Realm, but Jin felt that it belonged to the family instead.

After a battle, Kung Jin finally calmed down and expressed regret over his actions, and Raiden revealed a brighter path; to go to the Wu Shi Academy and join the Shaolin like his cousin before him. Kung Jin felt that the Shaolin wouldn’t accept him, but Raiden assured him that the Shaolin cared only what was in his heart, not whom it desired, revealing that Kung Jin a Netherrealm’s first openly gay character.

After a bit of conversation, Kung Jin did go be trained by the Shaolin Temple, who accepted him without reservation, as Raiden stated. He then joined Johnny Cage’s team as previously stated.

And even though that’s all that people remember, Kung Jin’s sexual preference is not the be-all, end-all of his character. His interactions with other fighters never mention his sexuality other than one offhand comment by Liu Kang and a remark to Tanya when she flirts with him. He’s a Shaolin warrior who wants to save his cousin from his Revenant status, as both his and Kung Lao’s character endings imply.

Kung Jin’s towers are pretty normal. The first tower is bronze characters only, the second tower is bronze and silver, and the third is silver. The fourth tower must only be made up of gold Outworld characters, and the fifth once again requires D’Vorah to be part of the team.

As always, these towers can be completed up to three times, granting players access to three tiers of Marksman Kung Jin.

Marksman Kung Jin’s towers will require both powerful characters and skill. But if players have what they need, they’ll get this powerful Shaolin warrior on their team.