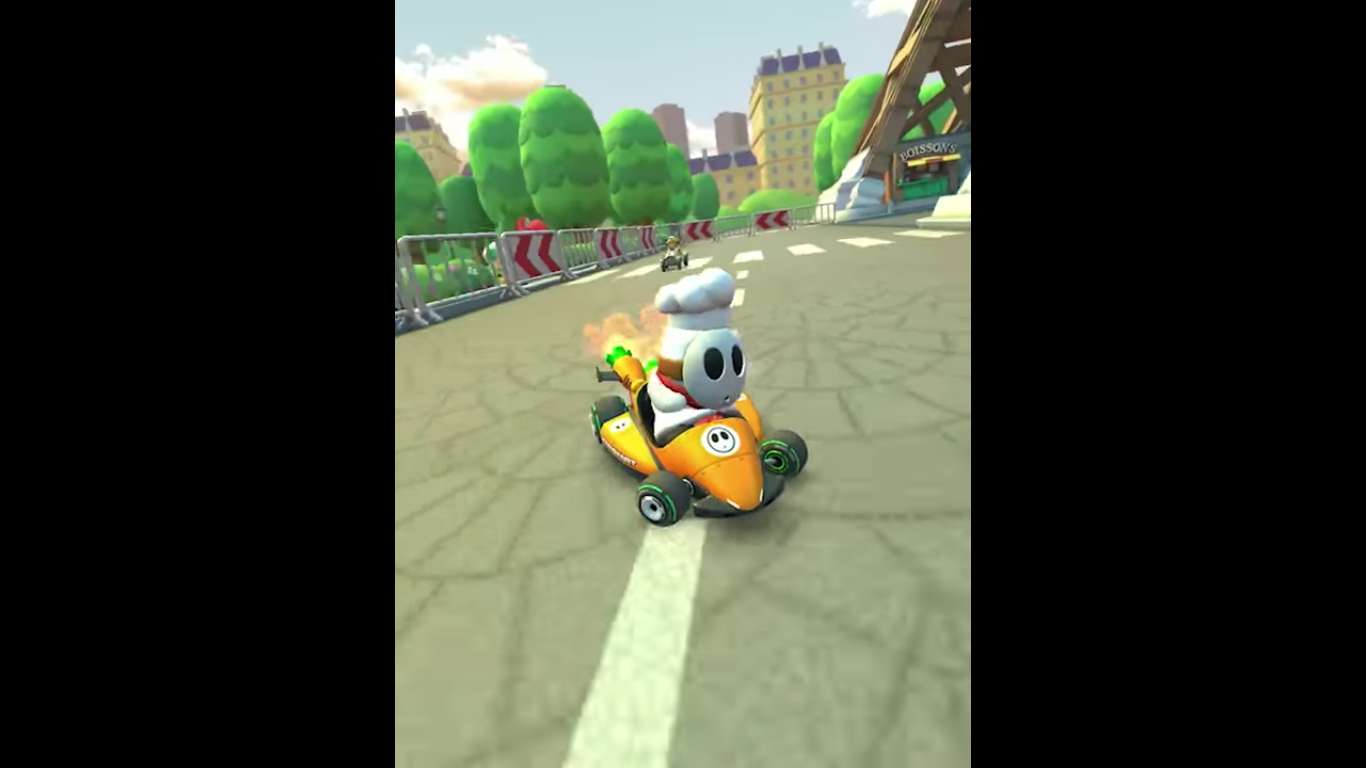 Mario Kart Tour zooms into Paris, France, for yet another exciting tour. The update will unlock on November 5 at 10 PM PT. So rev that engine, get that speed boost, and explore the City of Lights in true Mario Kart fashion. With every new tour, new cosmetics are available along with new characters, karts, gliders, and maps to explore.

The Toads have worked tirelessly to recreate amazing tracks around Paris, keeping sightseeing destinations in mind. So speed quickly through the track navigating through The Louvre and the Eiffel Tower in true Mario Kart style.

Peach is getting s snazzy new outfit and a yummy looking kart as she dresses to enjoy the sights and sounds of the city. There is no doubt to be other character outfits to unlock along with karts, gliders, and challenges to discover. Time Trials have only recently come to the game, but they are already adding the extra level of challenge that players have been seeking.

Paris does make for the third in real-world locations that the game has visited. Players started in New York with lights, sounds, and streets to speed around. Then the game took everyone to Japan to experience Tokyo’s unique environment and beautiful trees. Fans can only expect the same quality of experience to happen in the Paris tour, as was seen in the previous worlds.

Updates on where the tracks will be going and what to expect next can easily be found on the official Mario Kart Tour Twitter. Screenshots and reveals come almost weekly as players continue to let the game evolve into a truly unique mobile experience.

In the next tour, Peach is dressed to relax, but that won't slow her down! This princess likes to put in time on the tracks even when she's on vacation! #MarioKartTour pic.twitter.com/GuYsx5KUJA

Mario Kart Tour continues to break records as Nintendo’s most-downloaded smartphone game to date. The game has had over 90m downloads in its debut week alone, smashing past records set by Super Mario Run and even Dr. Mario World.

The game is still making headway to release its upcoming multiplayer mode. Remember, you need a monthly subscription to the game to be one of the first to try the new experience. The real-time multiplayer mode will be offered in December to anyone who has the Gold Pass.

Other then the subscription offered, the game is free to play. It is filled with Gacha mechanics, but the core experience can still be enjoyed without ever spending any money. Mario Kart Tour is available on iOS and Android devices and is compatible with most modern devices.