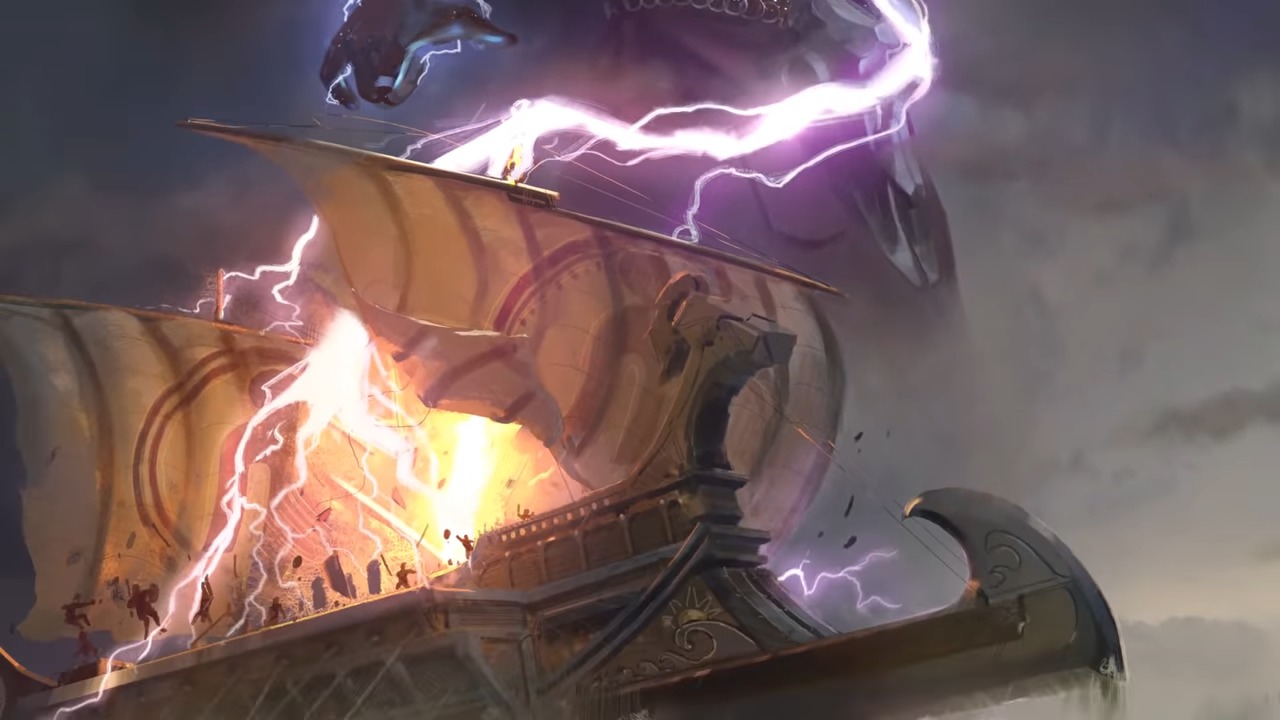 Dungeons and Dragons has long been defined by adventuring with your friends, finding cool magic items, and using them to beat the crap out of anything evil that moves. Mythic Odysseys of Theros continues this tradition by adding in a variety of new materials for players to try out.

Amongst the material added in MOoT, such as new subclasses and races, are 8 new magic items to help you in your adventures. These magic items vary widely in power and ability but suffice to say they’re definitely worth tracking down. Keep in mind that these items are balanced for MOoT so be sure to review them before adding them to your game.

You can use an action to play this lyre and cast one of the following spells with it: animal friendship, charm person, enthrall, suggestion. If the spell requires a saving throw, the spell save DC is a 13.

Once the instrument has been used to cast a spell, it can’t be used to cast that spell again until the next dawn.

This item is going to turn into a must-have for bards everywhere, as three of the spells that are castable by this item are major spells in the bard’s arsenal.

The sling bullets come in a pouch that contains 1d4+4 bullets. Roll on the Magic Sling Bullets Table to determine the magical property of each sling bullet.

You have a +2 bonus to attack and damage rolls with each sling bullet. If a bullet misses its target, it magically returns to the pouch. Once it hits a target, it loses its magical properties.

You have a +1 bonus to attack and damage rolls made with this weapon.

If you like this material, it’s suggested to view the Mythic Odysseys of Theros content for more information.

Mythic Odysseys of Theros is currently out on places such as Roll20 and D&D Beyond as digital copies, and the campaign sourcebook will hit physical markets on July 21st.

How The Mobile Game, Minecraft Earth, Mobs Differ From The Standard Minecraft Experience!

Jun 16, 2021 Harry Alston 12670
Wildermyth is out of early access and receives a final splash of polish. The game crisscrosses genres, fusing Xcom-like tactical gameplay with...

Dec 27, 2020 Seb Bates 16940
Tasha's Cauldron of Everything is well into its global release, and DnD adventures across the world have been dying to take a peek at the contents....