Mad Games Tycoon is arriving on the Nintendo Switch this week, and is perfect for those that aspire to create the ultimate gaming business.

Mad Games Tycoon is a detailed strategy and simulation game where players are tasked to create their own viable gaming business.

Mad Games Tycoon is a game where players can create their own game studio in the early 1980s. Players will start with humble beginnings, setting up shop in a small garage with very little money or resources.

It will be up to the player to design, develop, and sell new games, hoping to make a masterpiece. The more successful the games are, the further the player will climb the industry ladder.

Players will hire and train employees, research new technologies, and purchase larger office space. The end goal is to create the greatest and most profitable gaming studio the player can.

The player will manage various aspects of their organization. This is everything from developing games to buying-up competitors. Gamers have total control of their company, and it is up to them if they will be successful or not.

To develop a game, players can buy someone else’s game engine, or create their own. They can make games in any genre, and prioritize elements of the game (graphics, gameplay, sound, etc.) This is a fine-detailed game as players need to make choices like copyrighting their products.

Another huge aspect of the game is the gamer’s office building. Players will build and design their office building with the resources that they have. The more money the business makes, the fancier the office can be.

This is a very comprehensive gameplay and has a lot of realistic elements game developers deal with every day.

Here is a gameplay trailer for Mad Games Tycoon:

Mad Games Tycoon can be played via Nintendo Switch’s TV mode, Tabletop mode, and Handheld mode, and it is a single player game. The file size for the digital download is 832 MB.

The publisher of Mad Games Tycoon is Toplitz Productions, and the joint developer effort comes from Eggcode and Raylight Games.

Mad Games Tycoon releases for the Nintendo Switch on November 12, 2019.The game costs $39.99, and gamers can buy it right from Nintendo’s eshop. If gamers purchase the game, they are eligible for up to 200 Gold Points.

Mad Games Tycoon is playable on PC and Mac via Steam, and players can buy it now for $14.99.

PUBG Mobile 0.15.5 Update Set To Go Live: Here Are Some Changes That Gamers Can Expect 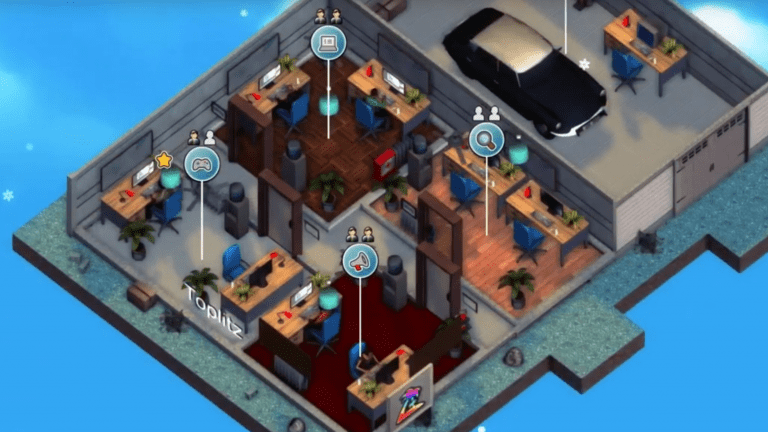 Nov 8, 2019 Stephen McCaugherty 5540
Mad Games Tycoon is arriving on the Nintendo Switch this week, and is perfect for those that aspire to create the ultimate gaming business. Mad...