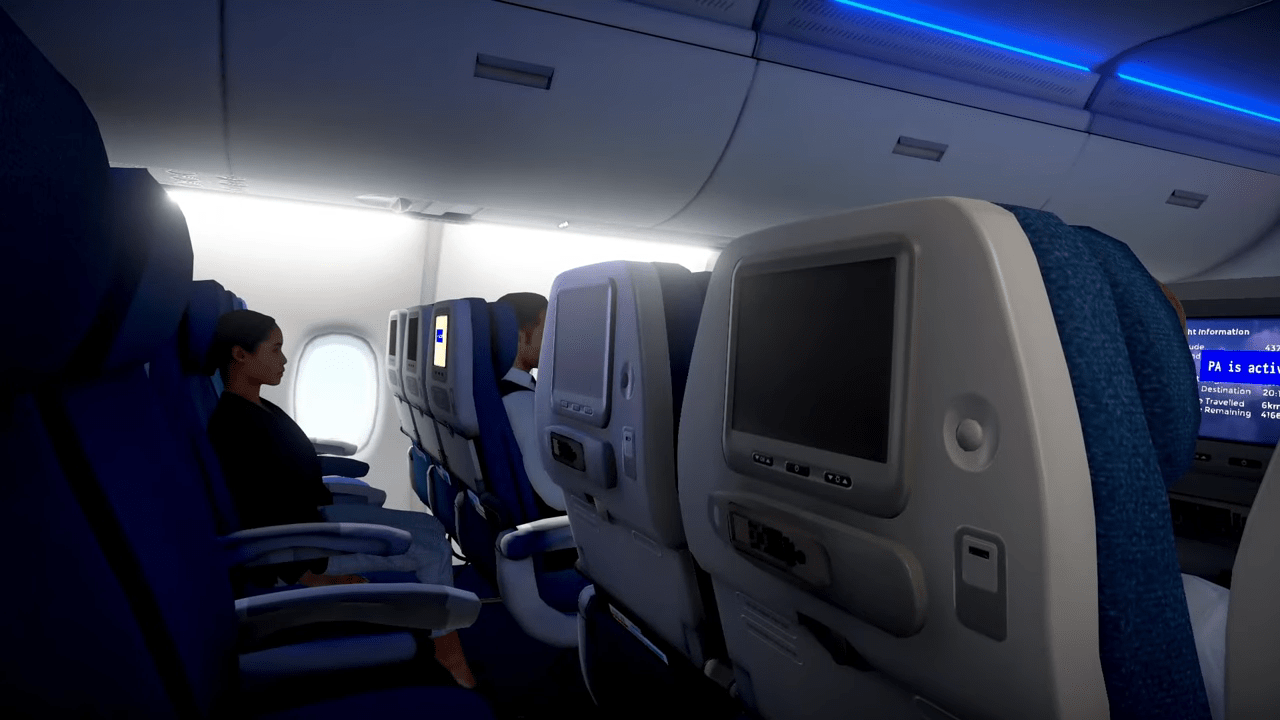 AMC Games has announced a brand-new flight experience unlike any other. No, it’s not exactly a flight simulator, it’s more of an in-flight simulator. Welcome to Airplane Mode, a new project from indie developer Hosni Auji.

The concept of the game is that you, the passenger, are taking a commercial flight across the Atlantic Ocean. Strapped into your window seat, you will get to experience the thrills of being an airline passenger, including (but not limited to) reading in-flight magazines filled with interesting articles, crossword puzzles, and Sudoku puzzles, taking in the ambiance of your fellow passengers, and an in-flight meal. At the start of your trip, there is even a flight safety video that has been produced by IFC.

Throughout your journey, you may experience some inclement weather, WiFi drops where you can’t use your in-game phone, and even delays when taxiing on the runway. Every time you play the game, you will get a whole slew of randomized events, which means that every trip will be unique. The best part is that the game takes place entirely in real-time. That’s right, it’s a six-hour experience about sitting on a plane. At least it’s a lot cheaper than actually hopping on a real transatlantic flight.

Airplane Mode is set for it’s big reveal during the Desert Bus For Hope 2019 charity event. Those of you who are familiar with Desert Bus, an experimental project created by magicians Penn and Teller for their Penn & Teller’s Smoke and Mirrors SEGA CD game, you likely understand the connection. If you haven’t heard of it before, Desert Bus is a real-time trip from Tucson, Arizona to Las Vegas, New Mexico. You control the bus in first-person–basically just driving forward and occasionally turning the wheel so that you don’t crash–at a leisurely pace of 45 miles-per-hour. Penn Jillette has stated that the project was developed in response to comments about violent video games of the time, intentionally making the game as boring and inoffensive as possible.

While Desert Bus was never officially released, it has grown into a cult-phenomenon, with review copies being the only viable means of playing it. Starting in 2007, a sketch comedy group called LoadingReadyRun began playing the game in order to raise money for charity, and since have gone on to raise close to $5 million in the years following. The latest Desert Bus For Hope event starts today, with the Airplane Mode portion of the stream coming on November 12.

As for when the general public will be able to experience Airplane Mode, the game is currently listed on Steam for a 2020 release.

Outrun The Darkness In Someone Else's Subconscious In Balthazar's Dream 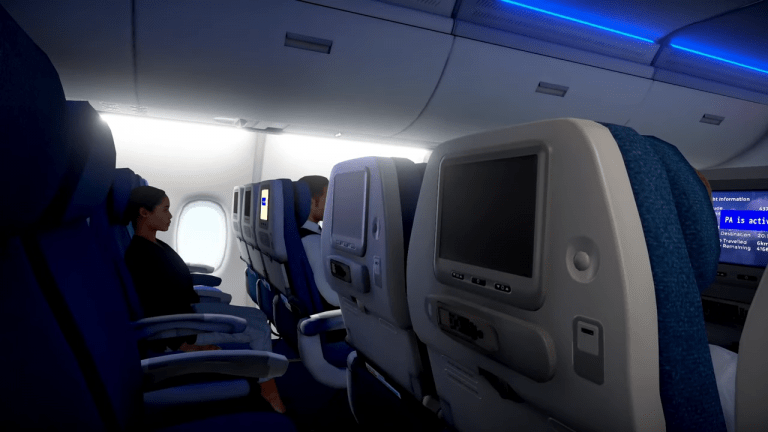 Nov 8, 2019 Alan Robinson 3060
AMC Games has announced a brand-new flight experience unlike any other. No, it's not exactly a flight simulator, it's more of...