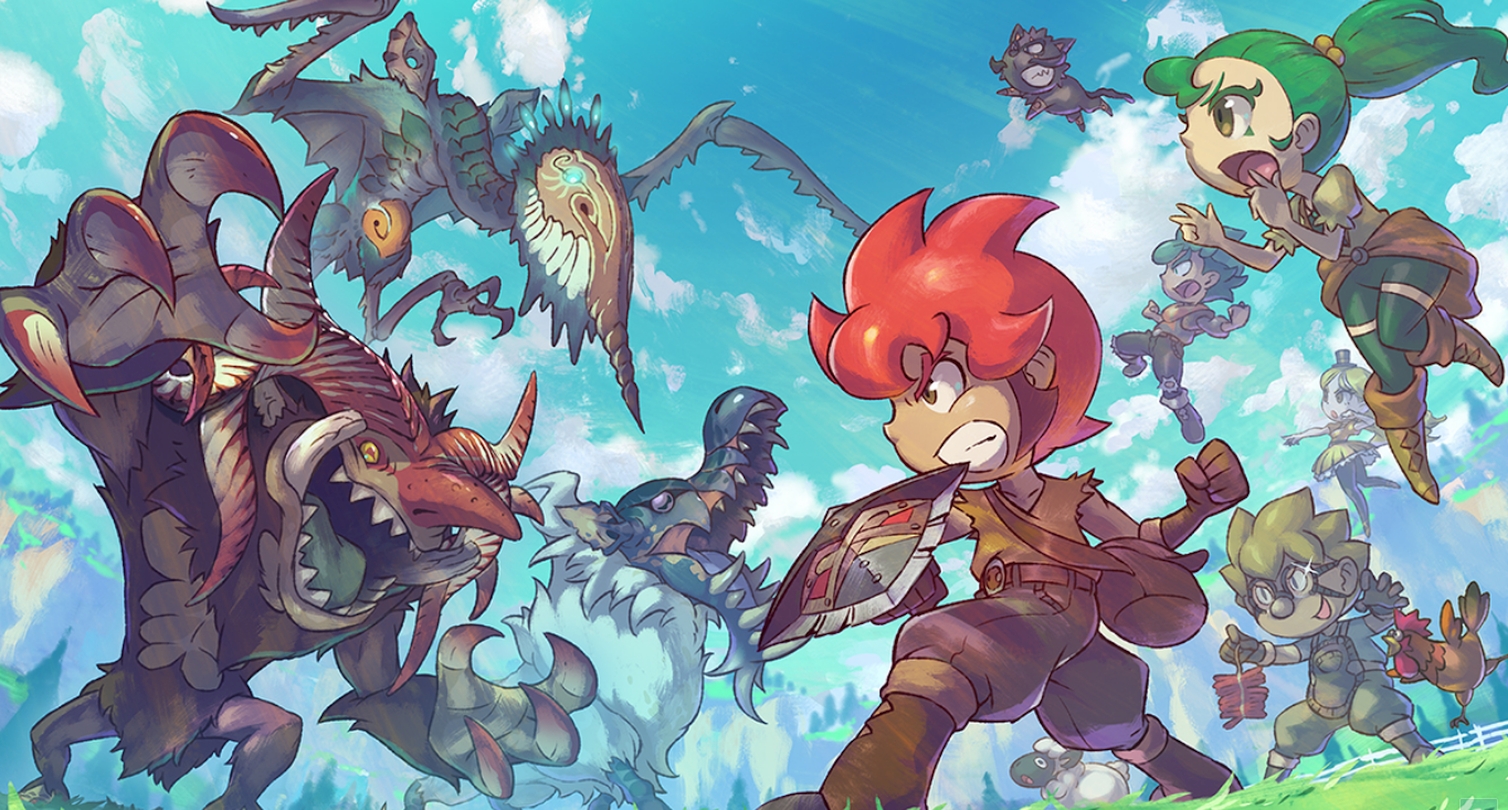 Game Freak has announced details regarding their upcoming release of Little Town Hero on the PlayStation 4. The game was previously released on Nintendo Switch but will now be available for the PlayStation console.

Little Town Hero was developed by Game Freak, the same developer behind the Pokémon series, along with Toby Fox of Undertale and Deltarune performing the music.

“The story is set in an isolated village on the edge of the world. The only gate leading outside is heavily guarded by a castle, and the villagers are not allowed to leave. Most of the villagers don’t give it a thought, and happily go on with their everyday lives.” states the official story summary from Nintendo, “However, the protagonist is a little different from the others – he wants to see the world outside. One day, a “Monster” appears in the village, shocking everyone because until then, no one knew such creatures existed. The protagonist is able to fight it using a mysterious Red stone he found in the coalmines.”

The game uses “Ideas” to fight various monsters. There are no random battles, and all enemy fights are planned. The Little Hero also has to work on his relationships with villagers. The more he helps those around him, the more ideas he can gather to use in battle.

The PlayStation 4 version will have a brand new difficulty mode: Easy Mode. In Easy Mode, battles are slightly easier. The Hero will receive a boost in attacks and defense against enemies. Unfortunately, it means fewer Special Effects to use in battle. Easy Mode will only make adjustments to battles and will not affect other aspects of the game, such as building relationships with villagers.

Previously announced in January was a special physical edition for both the Nintendo Switch and PlayStation 4. The Big Idea Edition is packaged with an art book, soundtrack, two pins, and a poster.

Game Freak has decided to bring over the game onto the PlayStation 4. The game will first launch on the console in Japan on April 23, while it will launch in North America on June 2. Players in Europe can play the game on June 5.

For those who don’t want to wait, Little Town Hero is available for the Nintendo Switch now.

Feb 25, 2021 Harry Alston 8020
Pokemon is 25 years old this year and in celebration, fans think there is something big planned to be announced in tomorrow's Pokemon Direct. It...