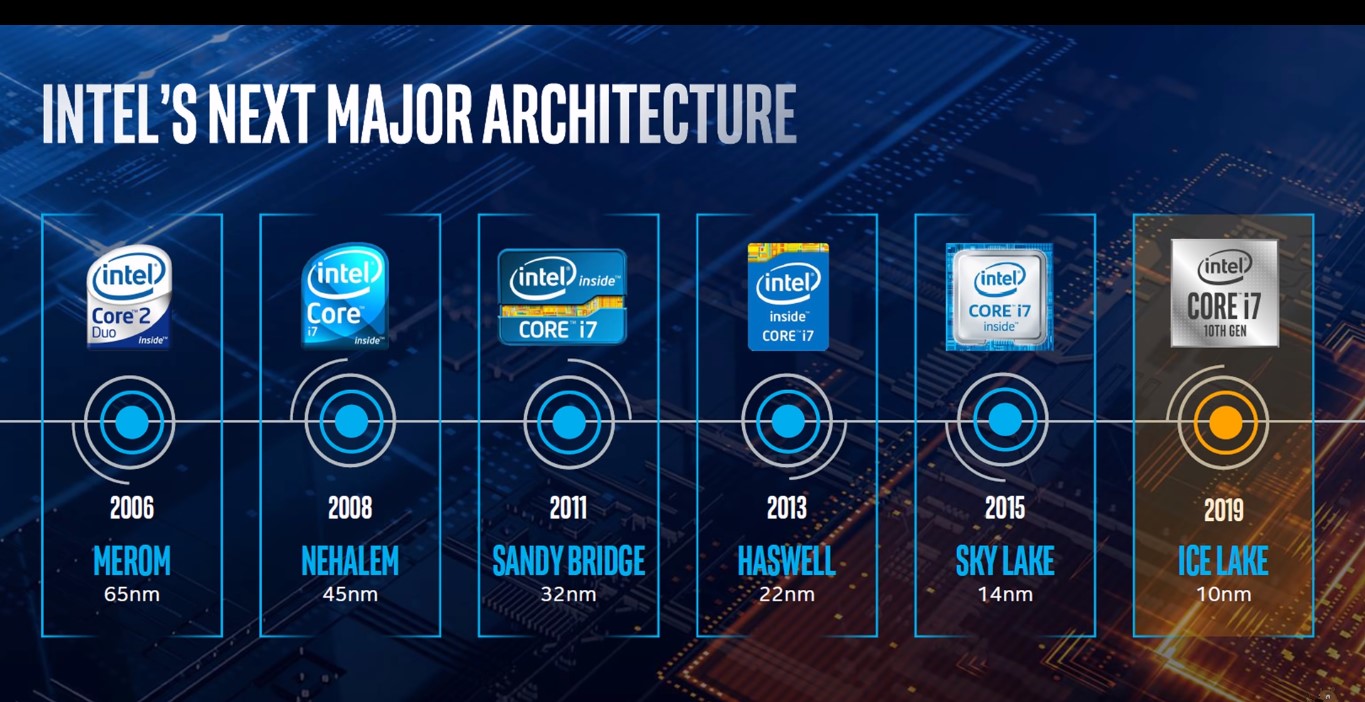 Intel confirmed a few days ago that it is not totally abandoning the 10nm desktop processors.

Now, a screenshot of a kernel patch for Linux was leaked on the LKML website, which mentioned Ice Lake several times. The website is a dedicated repository of designs, innovations, and bugs on the Linux kernel. The name on the image was Kan Liang, an Intel senior graphics software engineer.

The Ice Lake chips on mobile performed as well as expected. But the 10nm chips for desktop has been slow going. According to Tom’s Hardware, the Ice Lake mentioned in the leaked kernel image may refer to desktop CPUs. There’s another entry there that says, “IceLake_L,” which could refer to the mobile chip.

Another entry, the “IceLake_X” could be referring to Xeon chips or the i7 chip. However, there is no way to confirm this or even validate if the leaked image is authentic. But it lends credence to the earlier report about Intel not giving up on the 10nm process. The leaked image could also denote that the 10nm chip would debut on desktop CPUs under the Ice Lake brand.

Earlier this month, Insiderkreisen told Andreas Schilling that the company is no longer pursuing the 10nm chip for desktop. Reportedly, by the end of the year, people can expect the Comet Lake-S, which may also be delayed until 2020. After that, the Rocket Lake-S will be released in 2021.

The Comet Lake-S and Rocket Lake-S will be built on the 14nm architecture. But performance-wise, due to Intel technology, the 14nm chip can still compete with the 10nm chip in the market today.

What Insiderkreisen is proposing is that Intel will jump right through the 7nm after the 14nm chips. It means that the 10nm Tiger Lake-S and Alder-Lake are no longer in the pipeline.

However, Intel released a statement dismissing the rumor. The statement said that the company is making good progress on its 10nm chip development. Their future plans also include 10nm chips for desktop CPUs.

Meanwhile, Murthy Renduchintala, systems architecture chief at Intel, said their chips have always been the industry standard in performance. For example, their 14nm chips deliver performance that is 70% better compared to their competitors. This is the reason why they don’t have to join the rat race to produce 10nm or 7nm chips. By their accounting, they can sustain their market leadership in the next one and a half years.