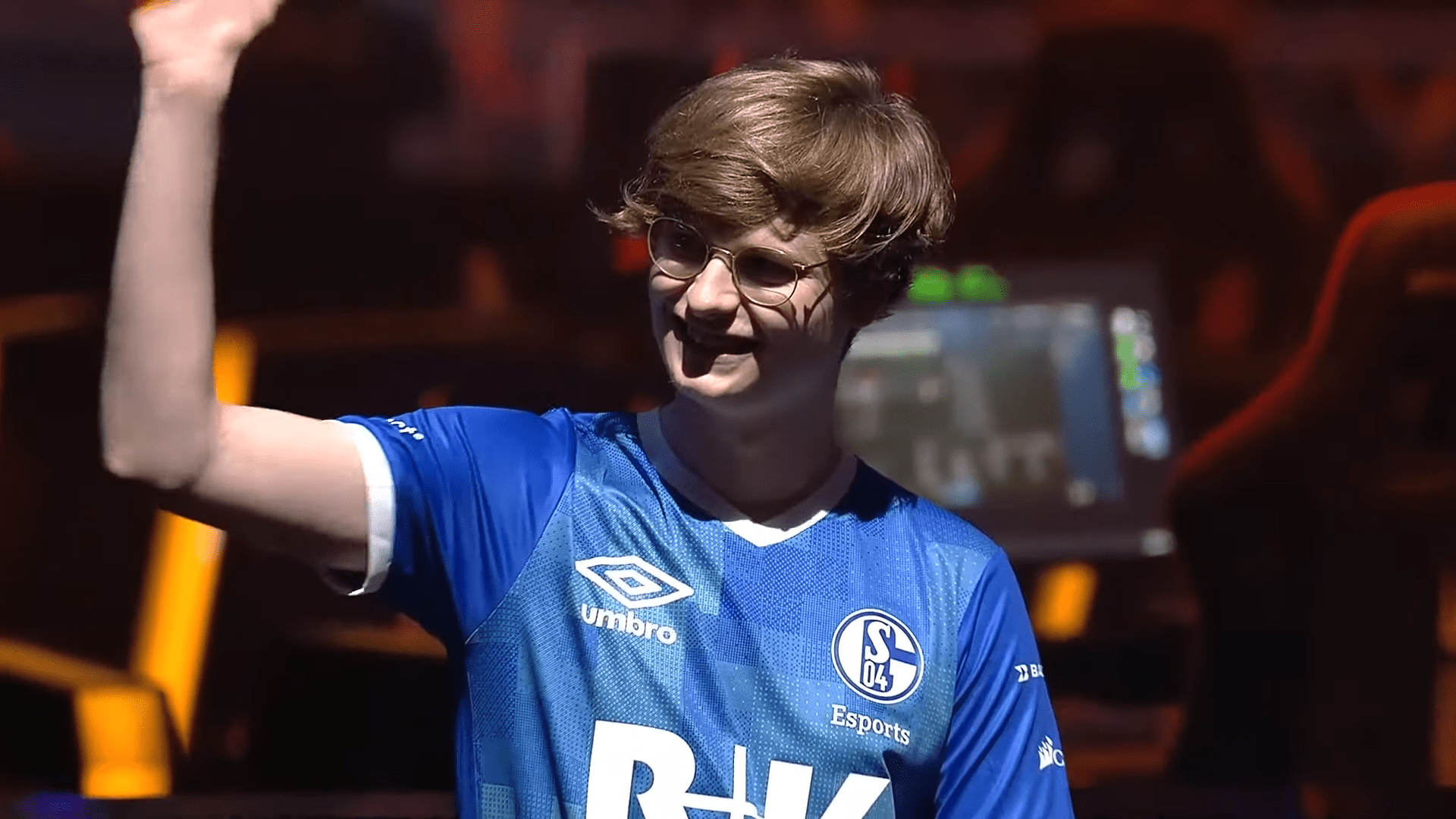 FC Schalke 04 has decided not to renew the contract with Elias ‘Upset’ Lipp, making him a free agent for the offseason towards the 2020 season.

According to some insider sources, the decision was not made by FC Schalke 04, but by the AD carry player himself.

Now that it is official that I am leaving Schalke I wanted say thank you to all the staff and fans. I hope you continue supporting me and I will keep giving my best in the future and hope I can build something great with my new team.❤️

Upset joined the Schalke squad before the 2017 Spring Split and helped the team reach EU LCS via the Challenger Series. They were promoted into the EU LCS in 2018 after taking down Ninjas in Pyjamas during the Spring Promotional Tournament. Although they had a pretty tricky start in the first season, the team steadily improved and even managed to reach the 2018 Summer Finals, but lost to G2 in the end.

The change in the Schalke was expected as their year wasn’t very successful. The team finished in the seventh-place during the LEC Spring Split and fourth place during the LEC Summer Split. They lost to Fnatic in the Summer Playoffs and were eliminated by Splyce in the Regional Finals. Compared to their 2018 season, they showed fewer strengths and more weaknesses during their games.

While the team was weaker, Upset was getting stronger every game. He led the leaderboards for the Summer Split, ranking first with 104 kills and 70.4% kill participation. He had the highest damage average and highest damage percentage, perfect stats from a reliable ADC player.

Many rosters are looking to upgrade their ADC, both in Europe and North America. While Upset did not hint at his possible next team, he tweeted, ‘The weather in LA is so nice’ recently. A coach before joining the Origen squad led by legendary mid laner xPeke tweeted the same sentence before joining them a couple of days later.

While the tweet could indicate a possible Origen move, it could also be a move to take the eyes off his likely future team, which he might join. With recently leaked salaries of some North American players, it would not be a surprise if Upset would join a North American team. Some rumors whisper the fact that Team Solo Mid looked towards acquiring Upset for their squad after allowing their former ADC, Zven, to announce free agency.

In the next couple of days, hell will unleash upon all rosters across the World, most contracts end on the 18th of November, with players becoming free agents at midnight. Stay tuned for roster updates in the upcoming days once the ranked season officially ends, and players start announcing free agency.

Age Of Empires 4 Gameplay Trailer Finally Drops, But When Is The Release Date?