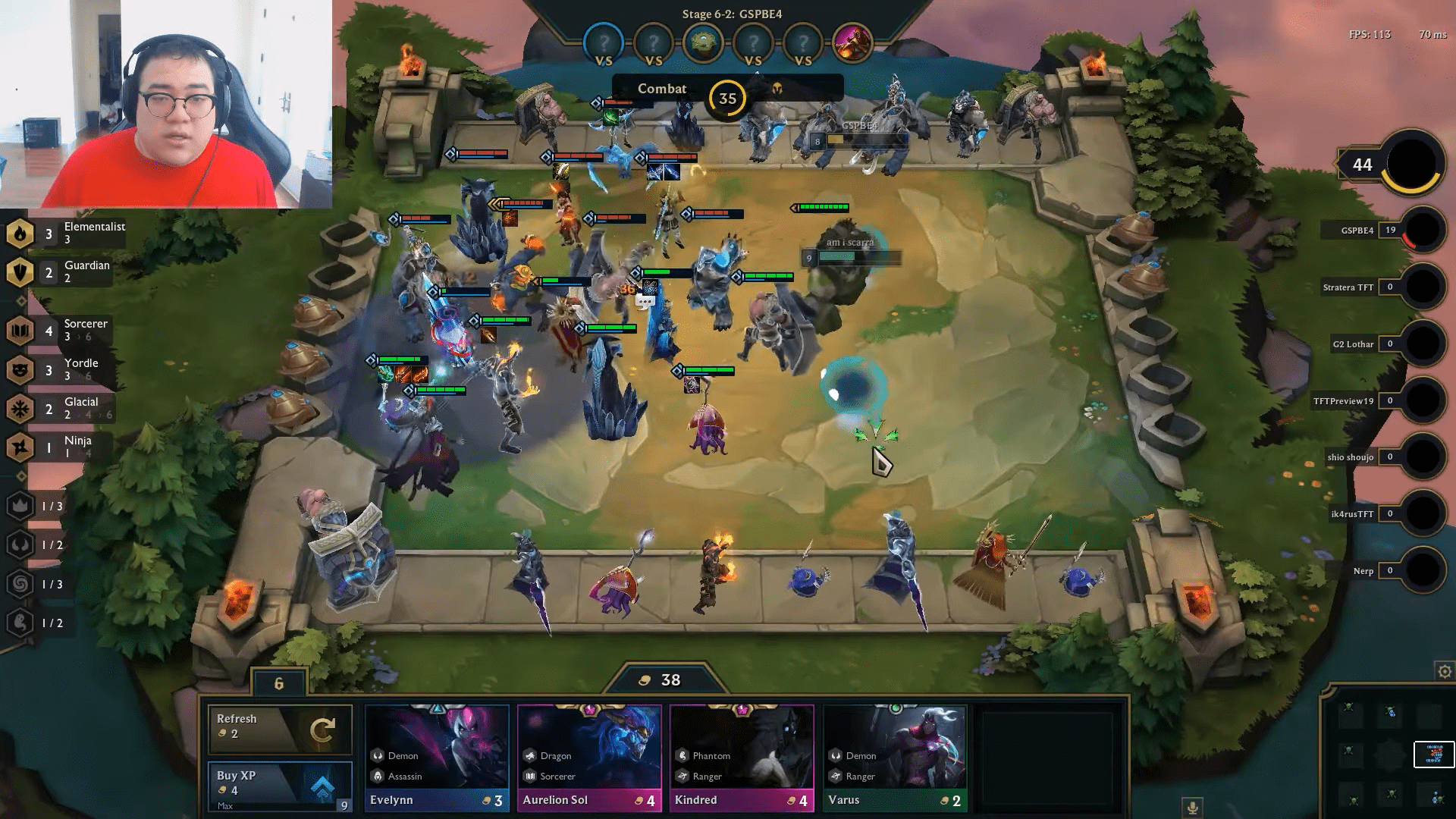 One of the most exciting upcoming additions to popular MOBA game, League of Legends, is a new chess-style game mode called Teamfight Tactics.

Shortly after Riot Games announced what they claim to be inspired by Dota Auto Chess, LoL players are getting a first look at actual gameplay thanks to former professional player and current streamer, William “Scarra” Li.

In a 40+ minute Youtube video, Scarra shares an early testing version of Teamfight Tactics that took place on a private PBE server with other players who were invited to try out the mode.

According to the official Teamfight Tactics announcement page, “TFT is a round-based strategy game that pits you against seven opponents in a free-for-all race to build a powerful team that fights on your behalf. Your goal: Be the last person standing.” In his video, Scarra narrates gameplay to help provide a better understanding of the way this all works.

The first few rounds of the game consist of PvE where champions battle for gold against minions. After every round, the player can use the gold they’ve earned to upgrade champions and add new ones to the line-up.

After the PvE rounds and some careful decision making, Scarra enters a round versus an actual player whose four-person team beats his three-man. Going into a round after that, however, Scarra wipes out his opponent by upgrading and adding to his existing roster for a more diversified and robust team.

During a special round, Scarra and his enemies take turns grabbing up another champion option from a carousel of characters. By doing so, they can then add to their line-up and continue making upgrades to polish off the perfect team based on personal strategies.

The rest of the gameplay continues similarly, with players moving through rounds and upgrading and positioning their champions with the gold they earn.

As Scarra points out throughout his video, strategical placements and having a strong frontline seem to be imperative to winning a round. As the champions fight on their own, it’s important to set them up in a way that will most effectively take out enemy champions when they cast abilities.

This first bit of shared gameplay comes just before League of Legends is due to release Teamfight Tactics on the PBE.

As long as testing on the PBE runs smoothly, the hope is that TFT will hit live servers and quickly introduce a ranked system for players to enjoy within the next few patches.

Until then, players can take note of Scarra and other influencers as they upload gameplay, feedback, and share their personal playstyle tips. PBE users can expect to join them starting June 18th.

Sep 17, 2022 Michael Gunn 720
Several new cosmetics for League of Legends were revealed this week in anticipation of next week's big unveiling when the Spirit Blossom collection...

Jul 5, 2022 Tom Lee 2170
A new League of Legends champ is on the way, and she's begun her corruption campaign in an unexpected place - on the game's history page. Astute...