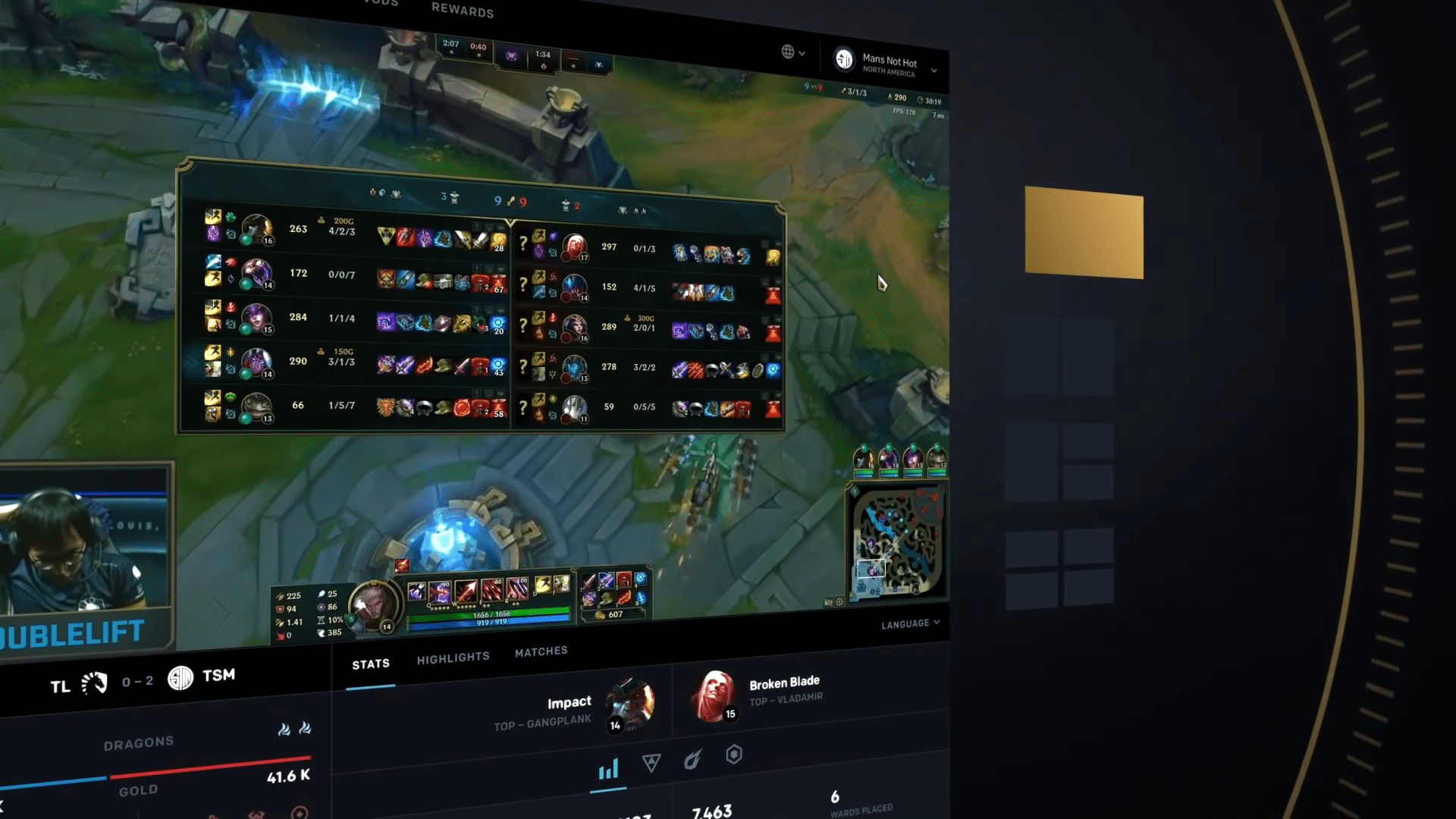 Just in time for the League of Legends Summer Split competition, Riot Games introduced a variety of exciting features for viewers to interact more with the games they’re watching. One of these new experiences is called Pro View, and with a host of things that people can do with the purchasable eSports subscription, it has received a lot of positivity from consumers – but what about the other end of things?

It seems that, despite giving viewers a more targeted look at gameplay that they’ve been asking for, not everyone is too happy with the arrangement.

Tim Lipovŝek, better known by his game name Nemesis, is a mid-lane player for the professional League of Legends team, Fnatic, and he’s not entirely on board with this addition. During a Twitch stream on June 3rd, Nemesis shared that since League of Legends introduced Pro View, he would be more actively streaming now that the new eSports service allows anyone to watch how he plays. A clip from the stream, which lasted more than five hours, quotes him stating, “It’s like one of the worst things that Riot could do to pro players that are good.”

This comment likely stems from the fact that Pro View gets a lot more up close and personal than normal viewing during professional play. For viewers, this adds a more interesting element to tuning in to the eSports games, but for some players having their every move observed during an intense match might feel less than exciting.

Another professional player, Doublelift from Team Liquid, weighed in on the subject in a video, sharing that he’s been anticipating this type of feature since his professional career took off. He also voiced how he feels some players might react to the addition, “I think what’s gonna happen is the really sh*t players in LCS are gonna get exposed for being really, really bad. Since you can watch their perspective from start to finish you get to see all the things that they’re doing wrong.”

Similar to watching a Twitch stream, viewers can directly follow the gameplay of any player in a match. This will allow people to connect more with how pros play individually during professional events. Unlike with Twitch, however, viewers won’t be able to hear players talking, as that will remain exclusive to the team’s communication.

While Nemesis might not be a fan of Pro View just yet, the optional add-on has been promoted by Riot Games as both an interactive tool for viewers and a way to help grow League of Legends eSports as a whole. Currently purchasable for $14.99/€14.99 for access to the player’s region, or $19.99/€19.99 for an all-access pass to any region’s games, the revenue will directly benefit teams within the area of purchase.

The customizable viewing platform can be acquired on the League of Legends eSports Website right now. Moving forward, it will be interesting to see what other professional League of Legends players have to say about Pro View and future additions to the eSports scene.

More Games Have Recently Been Announced For The Sega Genesis Mini, Including Road Rash 2 And Strider

Nov 28, 2020 Chris Miller 13940
Here's a bit more Counter-Strike: Global Offensive drama, as if the scene hasn't been steadily imploding since the beginning of the pandemic with...

Oct 6, 2020 Richard Sebastian 5430
Early on, Gen.G was favored to win the entire 2020 League of Legends World Championship, but that was before they faced Fnatic. During the group...