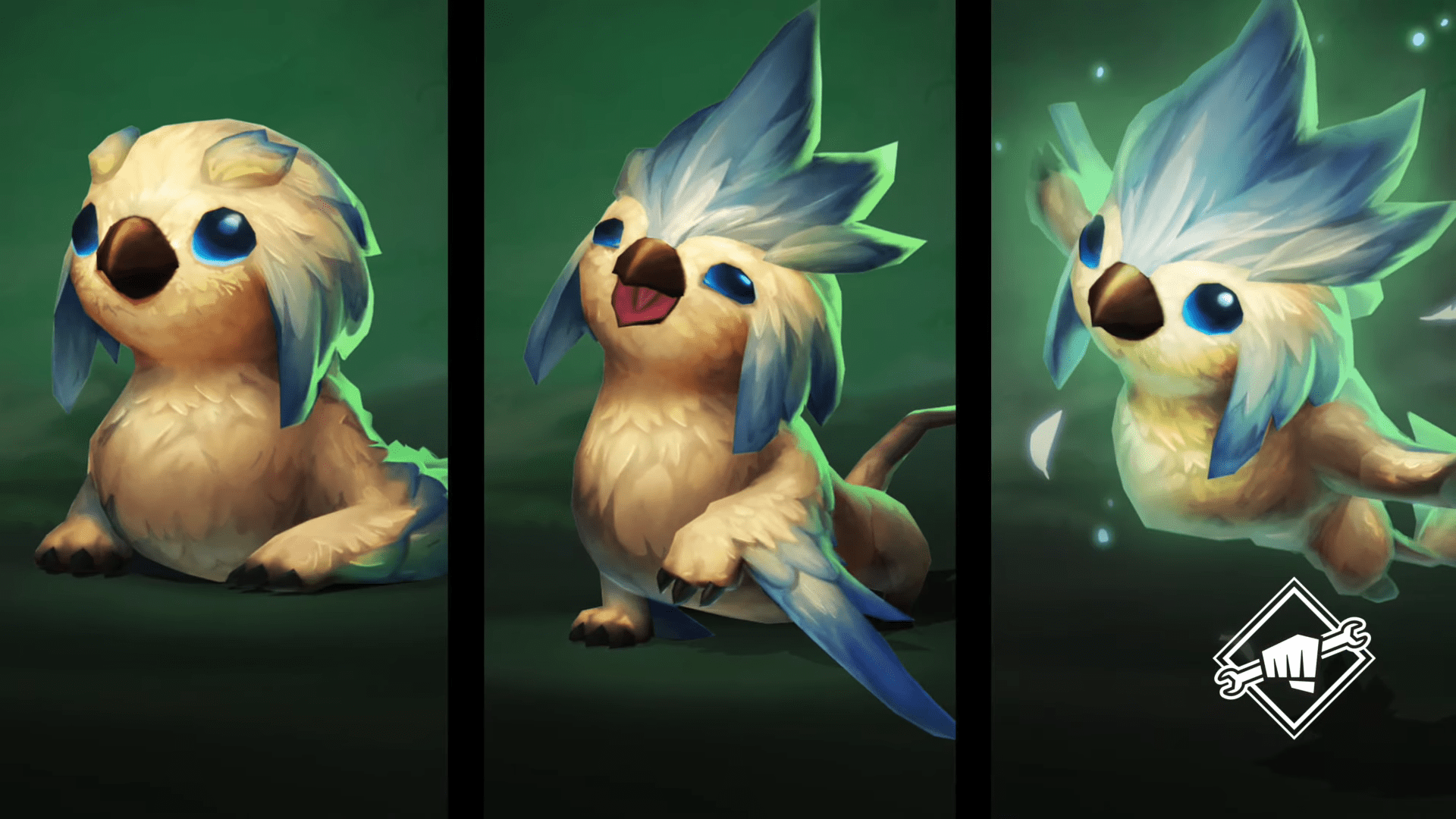 Riot Games recently announced that Teamfight Tactics, a new League of Legends auto-battling game mode, would be joining LoL as a permanent version of the game.

It makes sense because TFT has been on a roll ever since it was released. Long-time League players and Level 1 newcomers alike are all enjoying the strategy-meets-RNG style mode, which features eight players battling it out in an arena to be the last one standing.

With this promise of permanency, Teamfight Tactics is slated to receive updates and adjustments almost as frequently as League’s primary game mode, Summoner’s Rift.

Little Legends are the adorable characters that players control and use to interact with the game and other players on Teamfight Tactics and are also Poro-sized little buddies on Howling Abyss.

Each Little Legend has six variants, AKA purchasable cosmetic variations, that range in rarity and can be unlocked via Little Legends Eggs – which have been split into two series to increase the chances of getting the preferred type of LL.

Now, Riot is adding a third series in Patch 9.16 which includes the Moontipped Hushtail, the Jade Paddlemar, and the Jeweled Protector.

The Moontipped Hushtail is described as being an explorative but elusive little creature with “three iconic bushy tails.” In addition to the base version of the Hushtail, there will be five other variants: Mistberry, Fae, Untamed, Monarch, and Eternal.

Our animators are too good x3🙌 pic.twitter.com/Q7ZtaSIJKK

The Jade Paddlemar is an adorably sleepy turtle-like creature who, according to Riot, “aspires to someday sail the skies with the adult Paddlemars,” if he wasn’t always napping. In addition to the base version of the Paddlemar, there will be five other variants: Rosebloom, Tidepool, Glamorous, Caldera, and Yuletide.

The Jeweled Protector is a “fierce winged beast” who looks like a cross between a feline and a bear cub. The ferocious Little Legend “has gems embedded along his spine that glow with a mysterious power.” In addition to the base version of the Protector, there will be five other variants: Shadowgem, Reigning, Skygem, Fierce, and Sunborn.

This new series of Little Legends comes with a unique style of VFX, which Riot plans to adapt for the Series 1 and 2 LLs if players prefer it.

PBE-accessible players can test out the new Little Legends soon, and they’ll join live servers with the release of Patch 9.16 in just a few weeks.

New World Of Warcraft Update To Include A Long-Anticipated Worgen And Goblins Improvements, Patch 8.2.5 Will Have A PTR Launch Soon

Dec 11, 2019 Giorgio Delgado 4890
Riot Games released the last patch for Teamfight Tactics of the year. The patch has significant quality of life updates to the Interface for the...

Nov 10, 2019 Giorgio Delgado 11210
The season 2 TFT set has been recently released on the live servers by the developers, Riot Games. As the meta takes time to settle in, pro...

Aug 31, 2019 Audrey Schottelkorb 20600
When Riot Games added auto-battler game mode, Teamfight Tactics, to League of Legends a few months ago, it came with a bunch of new...