The Ganbare Goemon series, or the Mystical Ninja in North America, was initially created by Konami in 1986. The character became so popular in Japan that Goemon appeared in anime and manga.

The series has spawned around 30 titles over the past few decades, including spin-offs, in Japan. Few were released outside of Japan but managed to capture gamers’ hearts. The last title to be released in North America was Goemon’s Great Adventure on the Nintendo 64.

Goemon is a hot-blooded man from Edo, who existed in Japanese history as Ishikawa Goemon. The real person was an outlaw who stole from the rich and tried (but failed) to assassinate Toyotomi Hideyoshi. The video game character is vastly different and, instead, fights for justice. Goemon does what he can to help others, but also gets into trouble because he often uses actions instead of words.

The character has been creeping from the shadows in a few releases. The co-op game Arcade Archives Mr.GOEMON was released digitally on the Nintendo eShop on October 31st. This game was a re-release of the 1986 game, where players must reach the end goal to win.

While the game sounds simple, it was the foundation of the Goemon series. As part of the “Arcade Archives,” Nintendo has reproduced the original games as closely as possible.

Goemon has begun to appear recently. Goemon also appeared in Super Smash Bros. Ultimate, but not as a playable character. Goemon’s outfit was an option for Mii Fighters. Instead of wielding his sword, he uses a kiseru or Japanese smoking pipe.

It was recently discovered that Konami registered new trademarks for Goemon this month. There’s little information about the purpose of the trademarks, as they only state “game software” and “game programs.”

Gamers speculate that the trademarks are for more “Arcade Archive” titles, while others hope to see the character star in a new game.

The most likely possibility is that Konami trademarked the name for a pachinko machine. Konami has done this in the past, making fans believe there’s a revival of an old title, only to have the outcome be a gambling cabinet.

With Nintendo’s NES and SNES console, they may be porting the older Goemon games onto the Nintendo Switch. Now fans who didn’t have the opportunity to play these titles can play them on the Nintendo’s latest console.

New AMD APU May Come Out Soon For Laptops, Athlon 3150U Shares Some Similar Specs With 300U 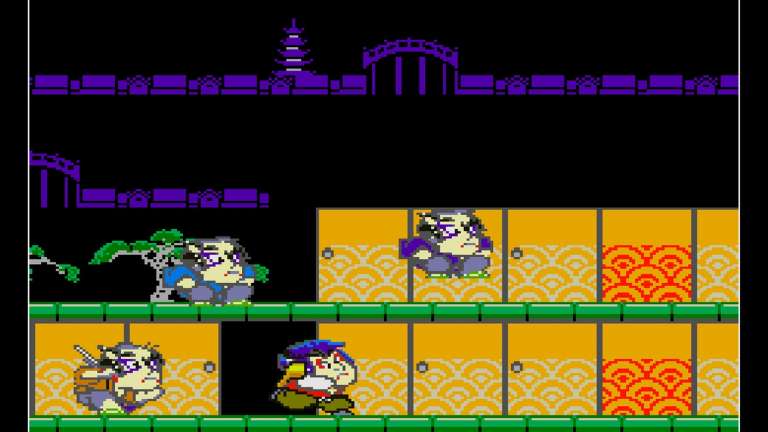 Nov 16, 2019 Lisa Nguyen 17650
The Ganbare Goemon series, or the Mystical Ninja in North America, was initially created by Konami in 1986. The character became so popular in Japan...