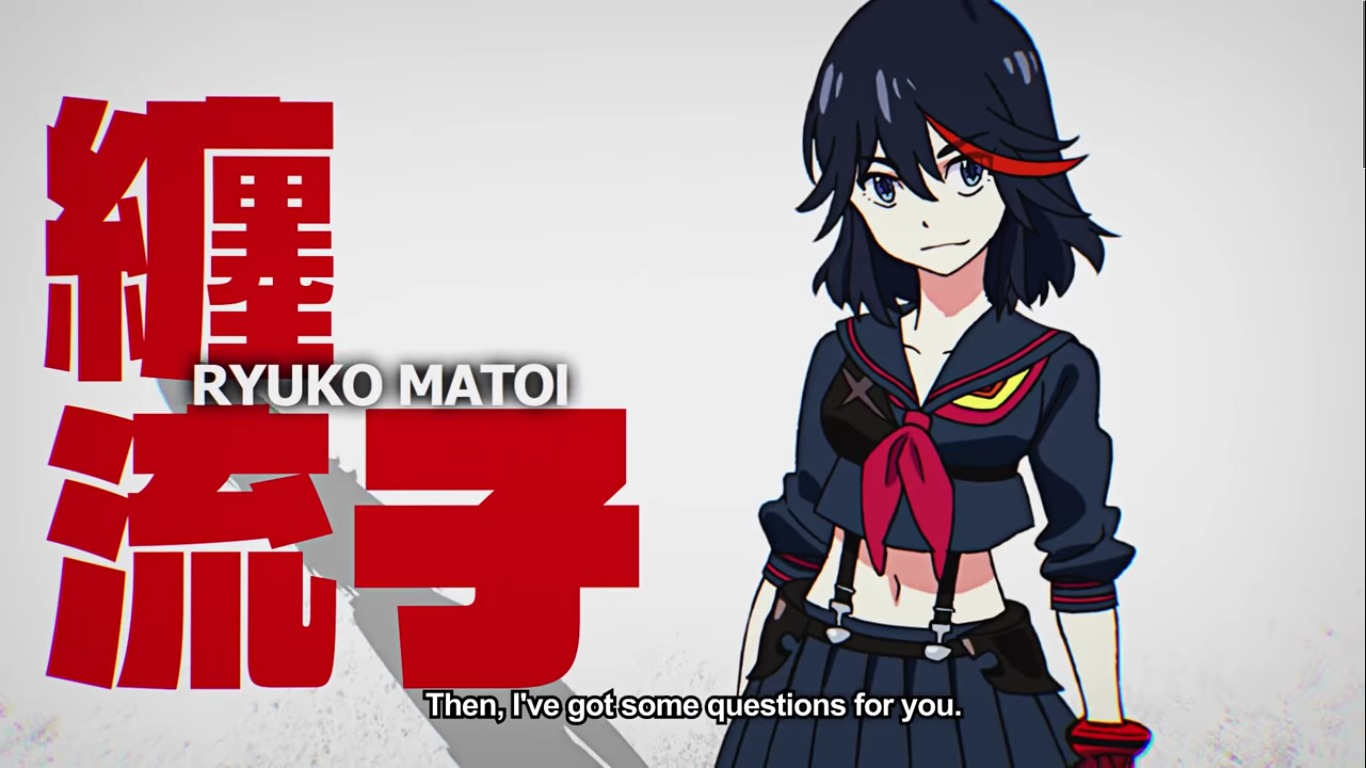 Kill la Kill The Game: IF releases later this month but the developers have chosen to release a demo of the game early. The demo is around 8GB large but will include the first story chapter of the main game and a versus mode with several playable characters. A video produced by the publisher PQube is also being released to guide players into the various mechanics of the game.

The game’s story seems to run in line with Trigger’s anime that was released back in 2013, but fans have noticed a few key differences. The main antagonist has been a switch from the anime’s Ragyo Kiryuin to something far more sinister that has yet to be revealed. Although the demo is only available on PlayStation 4, the full game will be released on PX, Nintendo Switch and PlayStation 4.

The main anime series that Kill la Kill is based on followed the story of a vagrant schoolgirl Ryuko Matoi in the search for her fathers killer. This brings her into a violent battle against Satsuki Kiryuin, the iron-willed student council president of Honnouji Academy. She also must contend with her mother’s entire fashion empire as she battles to find the truth.

The power of all the student council members comes from their Goku Uniforms, which are made with a battle known as Life Fibers. This material gives all of the wearers superhuman abilities which range from brutal and destructive to basic and simple. Matoi wields a scissor-shaped longsword that can cut the uniforms and battles the council to find the truth behind her father’s death.

At first, she is defeated, but then she meets a sentient sailor uniform that she names Seketsu, a Kamui. This outfit is made entirely out of Life Fibers and transforms into a powerful combatant so she can face Kiryuin and the trials that stand before her and the truth.

The original anime aired back in 2015 in the states and has grown a massive following who have wanted their own game inspired by the series. APLUS has been developing their game for a while, and Arc System Works are publishing it on July 25th.

The chance to play the demo was a welcome sight by all fans as the downloads have begun on the PlayStation 4. Although it is only a small taste, positive reviews have come back from many of the top news sources. It is sure to be a great addition to any anime Video Game collection.

Not much has been released since then, but this Demo will shed some light on what is to come. It is keeping the original narrative feel and combat speed of the Anime mixed with the same artistic style. The game will be released on PlayStation 4, Nintendo Switch, and Steam for $59.99 or $99.99 if you wish to purchase the Limited Edition version.

KILL LA KILL THE GAME: IF

Oct 10, 2020 Richard Sebastian 5870
The anticipated Guilty Gear is not until 2021, but developers ArcSystemWorks has been hard at work at their headquarters. On their recent broadcast,...

May 31, 2020 Lisa Nguyen 5820
Granblue Fantasy: Versus launched in early March but has already reached a major milestone. The official game account announced on Twitter that the...

May 20, 2020 Lisa Nguyen 4290
Guilty Gear: Strive is the latest game to be affected by the COVID-19 pandemic. The video game industry has seen a significant impact that includes...