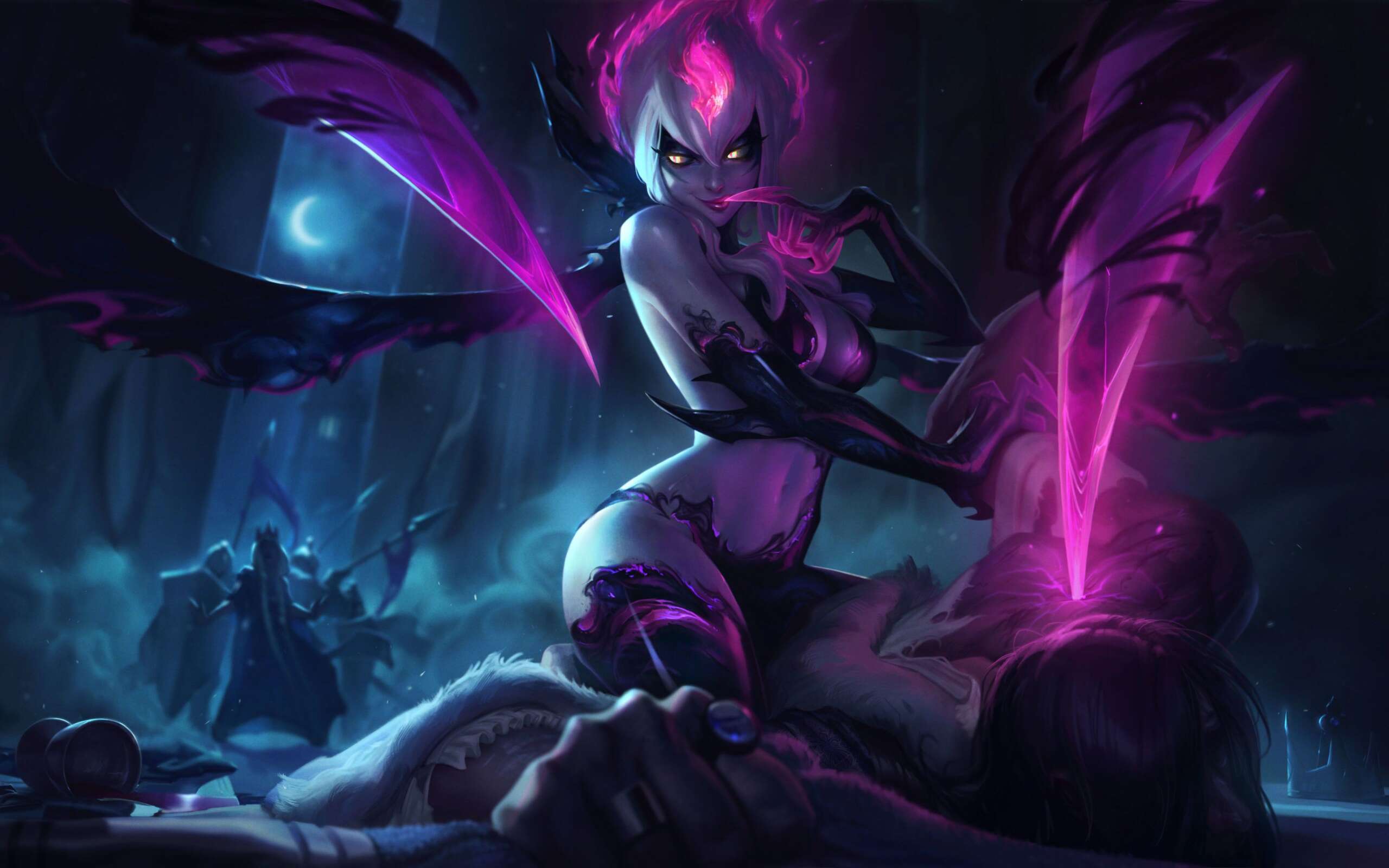 K/DA are returning to the Rift with a new EP and sparkly aesthetic later this week. The League of Legends pop group is getting a new set of skins in Patch 10.22 themed around their recent pre-release single, “THE BADDEST.”

The skins feature group members Akali, Evelynn, Kai’Sa, and Ahri in their blue, purple, and silver stage attire. Seraphine, League’s newest champion, is joining K/DA on-stage for their comeback and will be featured as a guest artist on one of the group’s newest songs from their upcoming project. The Starry-Eyed Songstress’ release skin will cost 3,250 RP as an Ultimate skin and will depict the champion on her journey from indie artist to world-class singer.

The ALL-OUT skins for the original four K/DA members will cost 1,350 RP each. Ahri, Akali, and Evelynn’s skins will release alongside a set of chromas for additional purchase, while ALL-OUT Kai’Sa will receive this patch’s golden Prestige skin, which will cost 2,000 event tokens.

Fans can expect to see Akali, Ahri, Evelynn, and Kai’Sa back in action, with the video featuring a motorcycle, a floating piano, and a hell of a lot of gold.

RELATED: After A One Month Hiatus In Free Agency, Damonte Is Back With Dignitas For LCS 2020

Riot previously released all the collaborators that will appear on K/DA’s debut EP, ALL OUT. While fans can expect to hear Madison Beer, Lexie Liu, Jaira Burns, and (G)I-DLE’s Soyeon and Miyeon on the track, there’s also one newcomer that will excite K/DA stans and League fans alike. Upcoming League champ Seraphine should make her rise to pop stardom with her appearance on “MORE.”

The music video’s premiere may also coincide with Seraphine’s debut on Summoner’s Rift. The champion was being tested on the game’s PBE during the tease, however she is playable right now. Here’s a brief guide on how to play her.

While the community at large has noted her similarities to Sona both in terms of playstyle and design, there’s a bit more depth that goes into understanding her than the original music champion. Since her kit evolves based on certain criteria, like Seraphine being shielded or enemies already being crowd-controlled, playing according to which champions your teammates pick can make Seraphine even more potent. Players looking for a new poke and utility mage should consider adding Seraphine to their champion roster.

RELATED: Fallout 76's Wastelanders Update Has Been Delayed A Week Because Of The Coronavirus

As a mage that specializes in utility, burst, and poke, Summon Aery is a potent rune that synergizes with Seraphine’s kit and helps accentuate your strength in the laning phase.