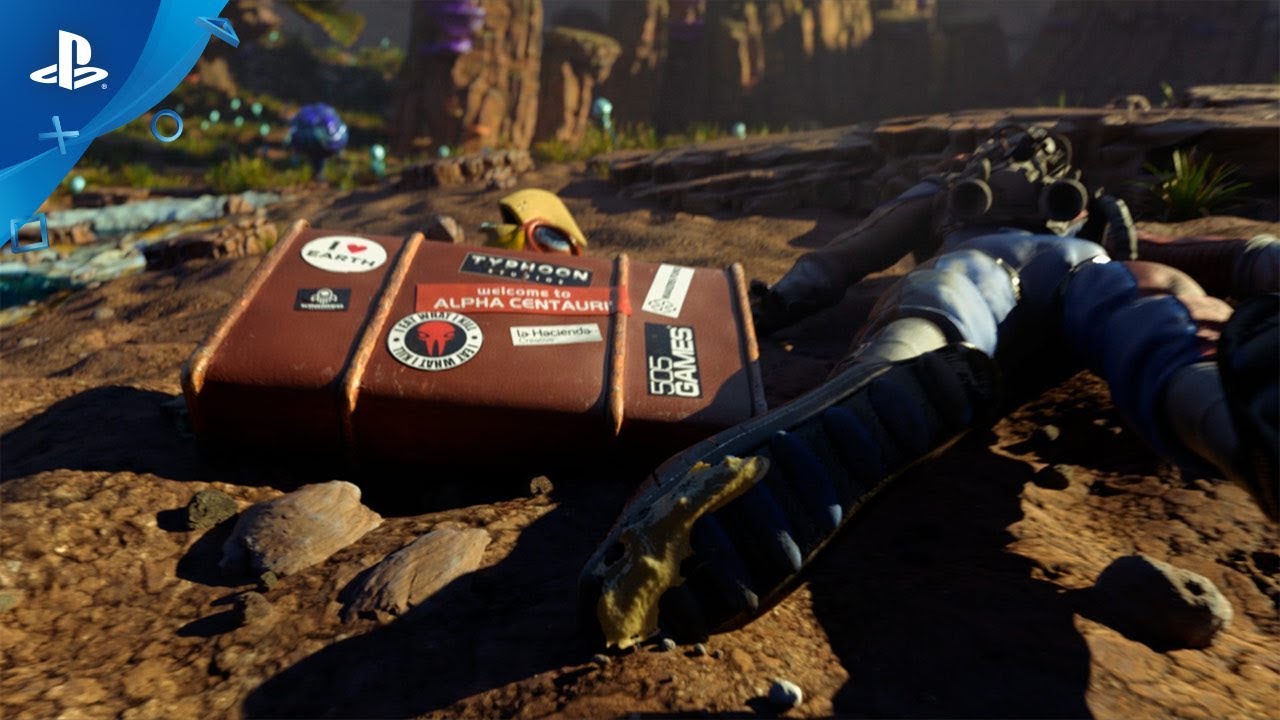 Space expl0ration has been a gamer’s fantasy, and for years, companies present us with titles hoping to satisfy that dream. Where most games take a serious approach Journey to the Savage Planet takes a light-hearted feel to space exploration.

The game is a new title from Typhoon studios where you play as an intrepid adventurer who is employed by Kindred Aerospace. The company you work for claims it’s ranking fourth-best interstellar exploration company for eight years running, and that is the first hint that your voyage will have some extra steps involved.

The title is a misdirect from the gameplay experience as many have described it as No Man’s Sky with jokes. The game looks like a pleasant trip to outer space where you can complete objectives, gather materials, and repair your ship, but it also offers the chance to wander around the best botanical gardens in the galaxy. In the E3 demo excited gamers got a chance to run around and slap aliens on the planet AR-Y 26. The planet is a rather inviting place full of edible plants that alter your body chemistry and flying purple octopus-like creatures that were angry of the invaders on their world.

The game starts you with a blaster in your hand and allows players to upgrade using materials they collect on the planet. The game does provide a set of objectives that you can accomplish, but this game seems to function more on exploration and have fun level rather than the quest to quest dynamic seen in other titles.

The biggest takeaway that players have from the game’s demo at E3 is the ability to place a quick corrective smack upon an alien. If you’re looking to do some damage, you can also do a fully wound-up backhand and splatter some of the smaller aliens into green goo. You can even kick some aliens sending them flying through the air like sentient kickballs.

Whether you are just having fun or completing all the objectives, the developers have made the journey a “completable” game in around 12 hours if you do everything in the instructed order.

The tone through this entire game is light-hearted and fun. Even the trailer has a flatulent little alien and your explorer running around like something from a Looney Tunes cartoon giving the whole game a personality that can not be described with words.

JOURNEY TO A SAVAGE PLANET

Feb 25, 2021 Harry Alston 13941
Minecraft Snapshot 21w08a, also referred to as "Cobbled Together Deeply" is another addition to the upcoming Caves and Cliffs update. This time, the...