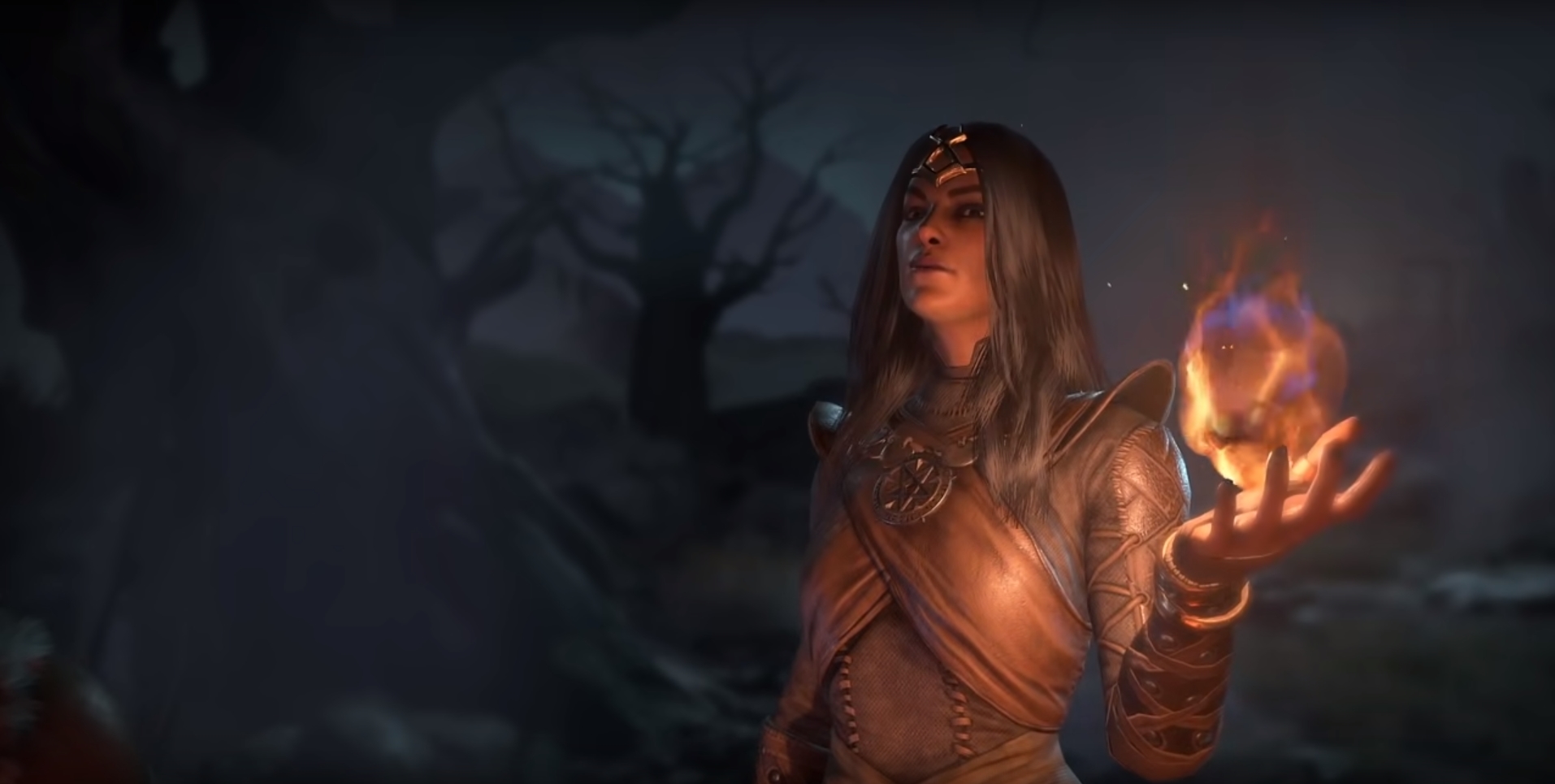 It’s rather difficult to have a fantasy title without some sort of caster – mage, wizard, sorcerer, whatever you want to call them, you have to have someone to bend the force of magic to their will and unleash the elements.

This class has gone through a few different iterations through the Diablo franchise. The basic version of the first game and the more advanced version of Diablo II were both titled as Sorcerer, but Diablo III saw fit to change this character to the Wizard instead.

Mechanically speaking, there isn’t much of a difference between the Sorcerer and the Wizard, as both wield arcane powers with similar effects. Really, the only difference is that in general fantasy terms, Wizards learn magic through hard work and study whereas Sorcerers are born with the power. Still, Diablo probably isn’t going to implement making the player study to make their Wizard more powerful, so that distinction can probably rest easy.

Join the journey through darkness in the season of merry and bright.

Their focus on the elements is a bit different from the spellcasting of the Druid. While Druids use natural power in terms of raw storms and the forces of nature, the Sorcerer utilizes the raw elements of fire, electricity, and ice, as well as the untamed arcane to destroy their enemies.

A heavy amount of focus for the class is going into the manipulation of enemies this time around. Different crowd control abilities, from freezing slows to a twisting tornado displacing enemies, will be emphasized. Nick Chilano, the lead animator of the upcoming title, spoke on this as well:

Along with that focus on control comes an emphasis on destruction, as shown by the naming of their offensive skill category, “Major Destruction.” Through this skill tree, the Sorcerer will obtain abilities that channel beams of fire, unleash chain lightning, and launch shards of ice that slow, pierce, and slay enemies.

There’s plenty coming from the Sorcerer class that will feel familiar while not feeling like a copy-pasted spellcaster class. We still have plenty of time before the game is released, so who knows what Blizzard may change in the classes? Either way, it’s a safe bet that once the game comes out, the Sorcerer will remain the omnipotent glass cannon it’s always been.

John Wick's Game Mode Has Returned To Fortnite For A Short Time, Can You Complete Wick's Bounty?