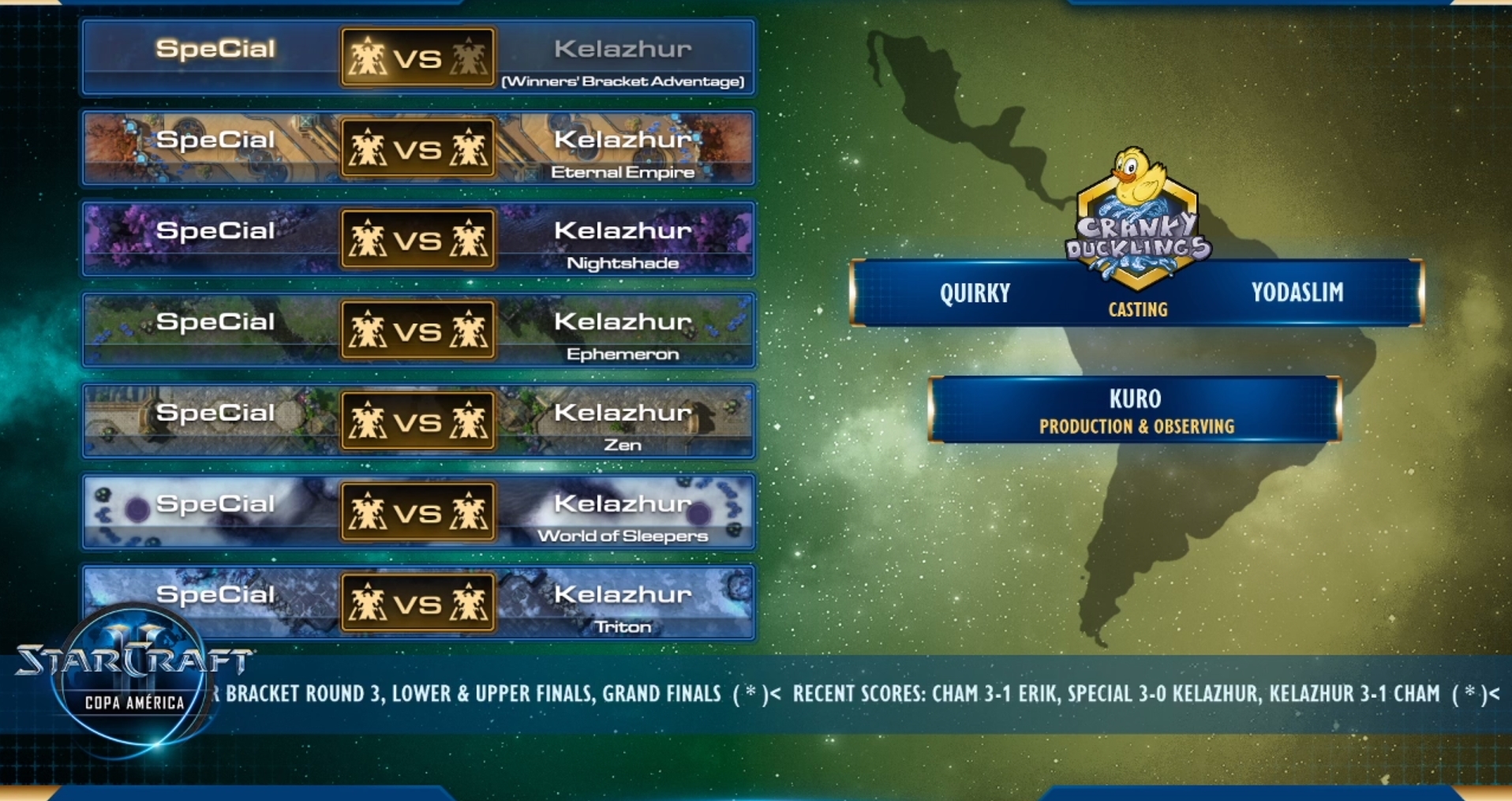 The Starcraft II Copa America 2019 is in full swing. With this third season, we’ve seen some tense matches, a couple of dominations, and more than a few games made purely of cheese. But now that we’ve reached the finals, everything is going forward into the grand finale rematch between SpeCial and Kelazhur.

The two last faced each other in the semifinals in a best-of-five that saw SpeCial knocking Kelazhur out with relative ease, sending his fellow Terran player to the loser’s bracket after dominating the series with three consecutive wins. Since that victory, SpeCial has been waiting in the grand finals to take on the victor from the loser’s bracket.

In that bracket, Kelazhur would go into a rematch against Cham, the Zerg player that Kelazhur had sent to the loser’s bracket in the semifinals previously. After their best-of-five, Kelazhur prevailed over Cham in a 3-1 victory. As a result, he now finds himself in another rematch against the player that has already knocked him down once.

Casted in English by @CranKyDucklings
Casted in Spanish by @Horusstv

Rather than a best-of-five, this series will be a best-of-seven, with the victor being the first to four victories. There’s a chance that SpeCial could redo his previous domination over his fellow Terran player and take the series 4-0, but given how well Kelazhur has played in the tournament otherwise, that seems unlikely.

Both players have a similarly aggressive playstyle, complicated by the fact that both can dish out and respond to aggression in the same ways. Between the two, Kelazhur generally seems to be the more aggressive player, with constant harass often ending the game early on rather than struggling through late game.

Through the tournament, SpeCial has shown favoritism towards mech-based armies, which has recently gotten a modest buff. His armies are often made of a mixture of siege tanks, with a bit of air support rather than the marine-based “bioballs” that we often see Kelazhur fielding.

The winner of this tournament takes a bigger share of the $10,000 prize pool, with first-place taking $3,000 over the runner-up’s $2,000. Winners also have a higher chance of being invited back for the upcoming fourth season this time next year, as well as the obvious clout and prestige of being the winners of the Copa America.

With Kelazhur representing Brazil and SpeCial representing Mexico, we’re in to see which Latin American country is fielding the best pros for the Copa. Whichever way this ends, this Terran-Terran matchup will be a final to remember.