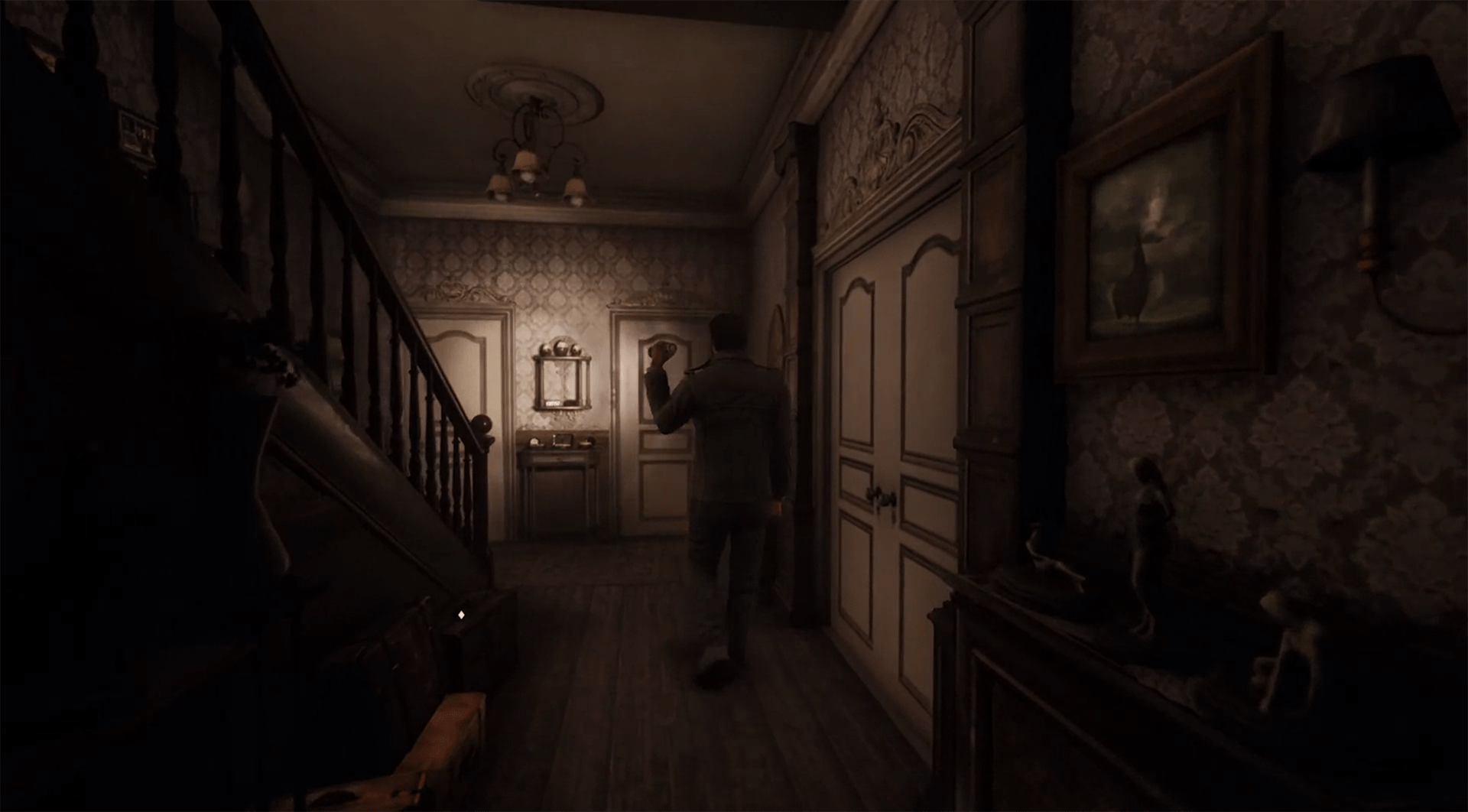 For those who love crafted Lovecraftian works, as are becoming ever more popular in today’s smattering of indie gems from Rimworld mods to Eldritch Reanimated. The bizarre and horrifying works of the late author have become a source of inspiration for developers looking to flex their pathological horror muscles onto suspecting players eager to explore the world of dark universal gods replete with tentacles, voids, and monsters that would very much like to eat your face.

The newest entree into this ever-developing genre is found in Song of Horror, which promises to murder players in a dark and fog-stricken region of streets and houses as they search for clues that would lead them to a famous writer gone missing.  As players search the area, an advanced artificial intelligence-guided monstrosity referenced simply as The Presence will monitor and track the player throughout the game, adapting to your movement and decisions as you make them, and coming ever closer to ending your life in a terrifying culmination of unscripted events.  The tension becomes palpable, as this game prominently features thirteen characters, with their eventual yet untimely demises being permanent.

After 5 years of hard work, we are finally launching #SongOfHorror on Steam this Halloween, October 31st!

👁Beware the Presence, a fearsome AI that reacts to your actions

Upon the death of one character, the player will presume control over another, interacting with the prior characters’ decisions and actions that alter the region in unique ways.  Each unique character brings something new to the story, whether it’s their general knowledge of the lost writer, The Presence, or their mere bravery, making each life important to the player uncovering the truth of Song of Horror, and each death becoming a stepping stone to further the plot development.

Song of Horror is primarily unique due to its stated attempt at non-scripted scares of the player; most horror games rely on scripted events triggering when a player is at a certain point, looking in a specific direction.  This approach allows designers to maximize the tension and eventual scare of the player, as they know what environments the player will be in.  Certain games, such as Five Nights at Freddy’s and Outlast occasionally control the play camera to ensure maximum impact.

The idea of discarding this tried-and-true technique seems almost absurd, and developer Protocol Games certainly have their work cut out for them in terms of delivering tension and scares to keep players on the edge of their seats.

Protocol Games have been reportedly working on this game for the past five years, and it’s apparently ripe.  If they can deliver a true advanced AI to horrify players in unscripted ways, it may arguably be a sleeper horror hit that is referenced for years to come.  Seems like there’s a lot to uncover this Halloween.

Prepare To Save The World With The Game Introduction Of Dragon Ball Z: Kakarot

Nov 2, 2020 Chris Miller 2560
Supermassive Games has been bringing horror to the mainstream with their Dark Pictures Anthology that reportedly will offer a full eight titles...